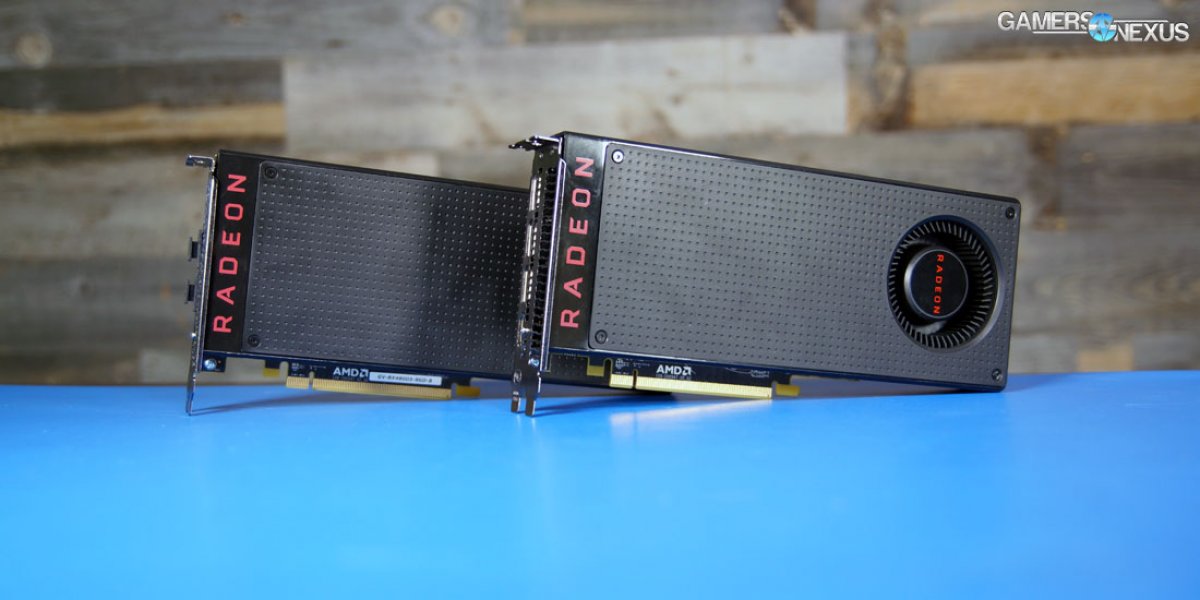 When Do Multiple GPUs Do Well? When Don't They?

Multi-GPU configurations come in two primary modes: LDA, or Linked Display Adapter, and MDA, or Multi-Display Adapter. LDA is more traditional and relies upon a bridge, while MDA (exposed best through new APIs) can enable non-same GPUs to be paired together, and uses the PCIe bus for communication between cards.

For the most part, modern games do not yet expose multiple non-same GPUs through their programming or through their APIs – which still see large representation by Dx11. Ashes of the Singularity is among the only games that can actually leverage MDA and see positive results, but it took a year or more of near-negative scaling to Dx12.

Multiple GPUs tend to do well in environments where frames are more independent; that is to say, when the GPU isn't instructed to perform temporal (frame-to-frame) analysis of the graphics it's rendering. Interdependent frames hurt the ability for AFR (Alternate Frame Rendering) to work properly, and can actually cause negative scaling in some instances. That'd be where you want to disable a GPU to make things work better, which is never a good feeling considering it turns into an expensive brick.

Interdependence during frame rendering is mostly caused by post processing effects, or Post FX. Post FX are well represented in Mirror's Edge Catalyst, which makes heavy use of high dynamic range rendering (HDR), bloom, lens flares and motion blur, ambient occlusion, and plenty of other effects (like crepuscular rays, or “godrays”). These are computationally intensive processes that don't play well with multi-GPU configurations and hog cycles, which (one frame to the next) can cause a slowdown on one or both of the GPUs in the system. If one card gets hit more heavily and slows on its frame delivery, we start seeing frame latency gaps that become noticeable and cause “stuttering” or apparent frame drops. This latency between frames is represented by 1% low and 0.1% low metrics in our benchmarks.

Mirror's Edge Catalyst also makes a lot of use of filtration effects and texture filtration, both drawing big on the VRAM pool. This is shown in our 4GB vs. 8GB RX 480 benchmark.

Games that don't rely quite as heavily on Post FX will run better with AFR than those that do. This is why we've had a history of stating that SLI and CrossFire are both still hit and miss, and that the efficacy of such a setup hinges upon the type of game played.

The latest AMD drivers (16.6.2 RX 480 press) were used for testing. We used 16.7.1 for GTA V & for power draw. NVidia's 368.69 drivers were used for game (FPS) testing. Game settings were manually controlled for the DUT. All games were run at presets defined in their respective charts. We disable brand-supported technologies in games, like The Witcher 3's HairWorks and HBAO. All other game settings are defined in respective game benchmarks, which we publish separately from GPU reviews. Our test courses, in the event manual testing is executed, are also uploaded within that content. This allows others to replicate our results by studying our bench courses. In AMD Radeon Settings, we disable all AMD "optimization" of graphics settings, e.g. filtration, tessellation, and AA techniques. This is to ensure that games are compared as "apples to apples" graphics output. We leave the application in control of its graphics, rather than the IHV.

Each game was tested for 30 seconds in an identical scenario, then repeated three times for parity. Some games have multiple settings or APIs under test, leaving our test matrix to look something like this:Average FPS, 1% low, and 0.1% low times are measured. We do not measure maximum or minimum FPS results as we consider these numbers to be pure outliers. Instead, we take an average of the lowest 1% of results (1% low) to show real-world, noticeable dips; we then take an average of the lowest 0.1% of results for severe spikes.