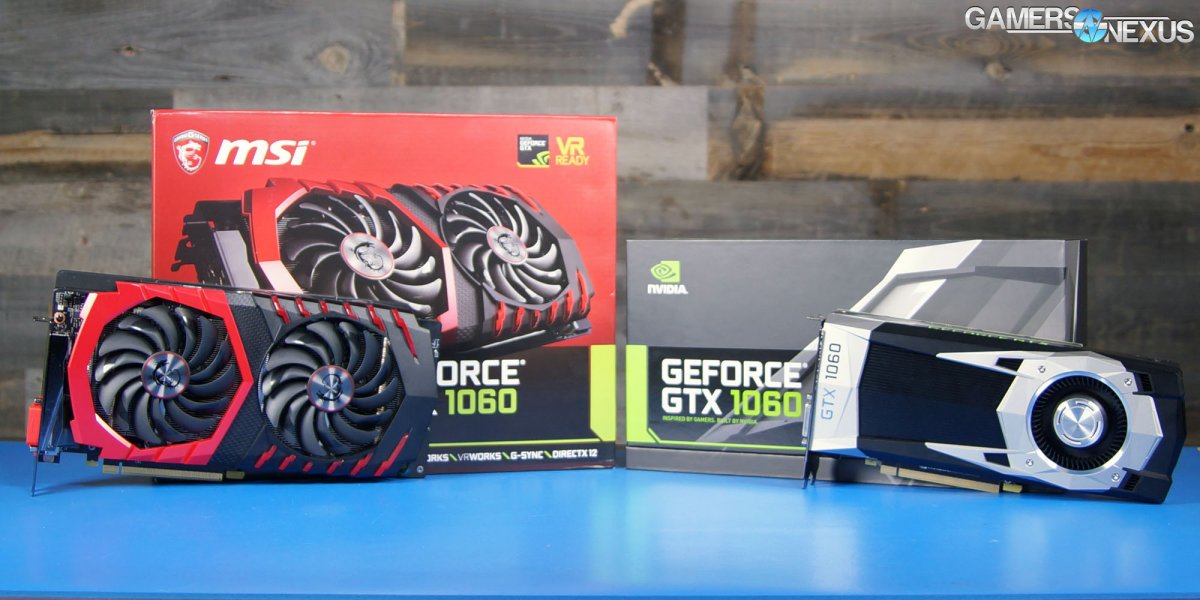 We use "Satellite Shot 2" for Ashes of the Singularity performance monitoring. Multi-GPU was enabled for Dx12 multi-GPU configs. Our normal 1% & 0.1% low methodology was not deployed here, as we are still working on implementation with new APIs. 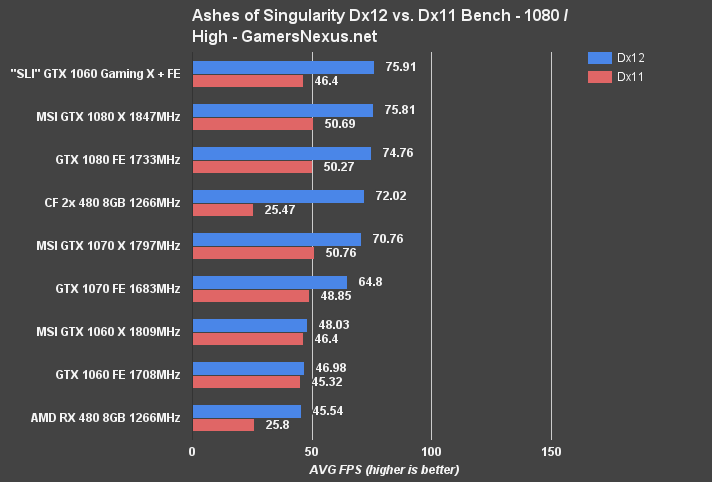 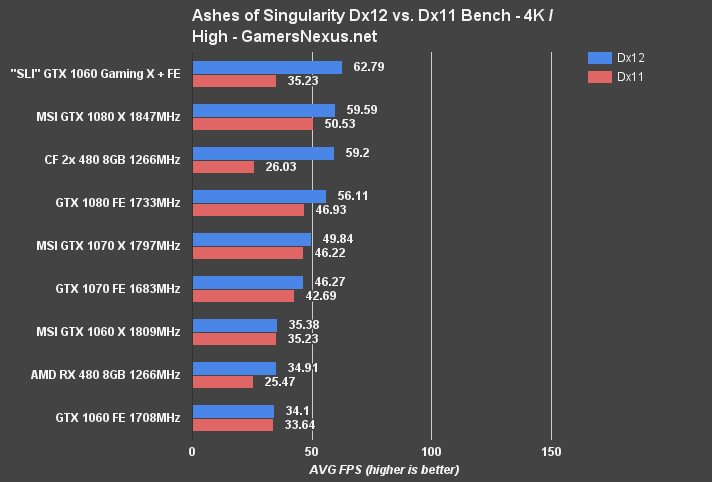 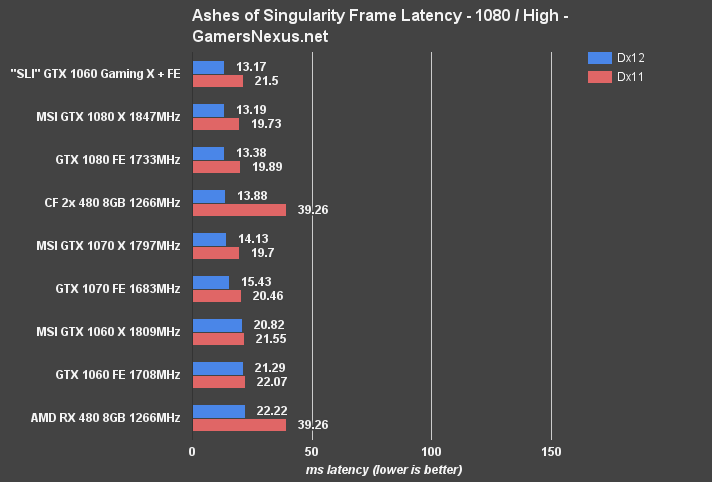 With both GTX 1060s, we're hitting 75.91FPS AVG at 1080p/High, as opposed to 46.98FPS AVG on the Founders Edition GTX 1060 and 48FPS on the MSI variant (averages). From the MSI number, that's scaling of roughly 1.5x. Not bad for a configuration that's never going to be used anywhere, and certainly better than a lot of other games that are Post-FX intensive and rely on interdependent frames.

Most interestingly, the multi-GPU setup outperforms the single GTX 1070s and even (marginally) outperforms the GTX 1080 Gaming X from MSI, pre-overclocked at 1847MHz. The second GPU is effectively dead weight with DirectX 11, and performs no real functions. This is primarily a Dx12 test.

Don't Read Too Far Into This

First off, again, it is not possible to actually join two GTX 1060s in any legitimate fashion. There are no SLI fingers, and Ashes is among the only titles that actually supports a form of explicit multi-GPU with Dx12. If you really, really wanted to play Ashes and only that game, then we suppose it'd be worth looking into. But outside of that specific use case, this is about the only testable scenario we presently have that is widely known to gaming.

The GTX 1060s seem as if they may have had reasonable performance potential had SLI been supported, but in such an instance, the price would already be rivaling a single GTX 1080 or surpassing a GTX 1070. There is not an instance in recent history where we've recommended multi-GPU configurations for gaming at large; there are very specific use cases where such a setup may make sense, but for the average gamer playing many types of games, it's still easier to run one card. We've seen negative scaling (CF – ME C) in some cases and completely absent scaling in others (SLI – Just Cause 3, AC Syndicate at launch). Multi-GPU also demands more power, generates more noise, and necessitates that a card is disabled depending on game support. Perhaps for production use cases where Quadro and Firepro are out of reach; otherwise, we generally don't recommend multi-GPU.

And so we're where we started: It was a fun test out of curiosity, and not one representative of a combination (2x GTX 1060s in MDA/LDA Explicit) we'd ever recommend buying.