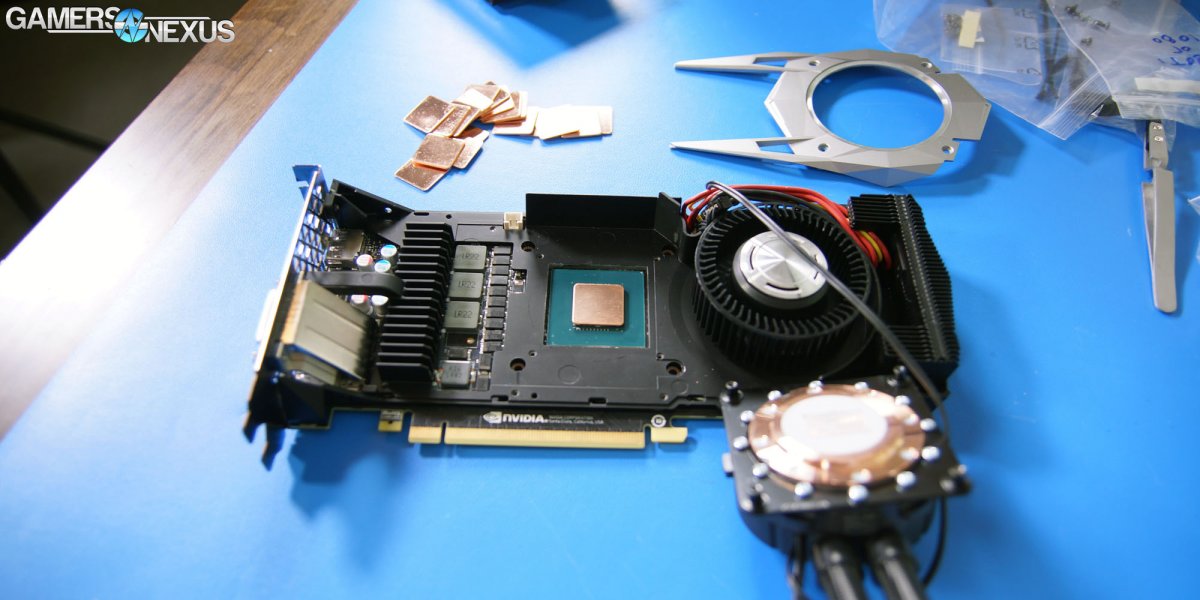 Luckily – and, given that we filed away parts of the baseplate, this was indeed lucky – there were no issues with metal shavings or component health, but just an issue with contact. Even EVGA's protruding coldplate didn't reach all the way down into the socket of the baseplate. There's an easy way to validate this: By removing the cooler and undoing all of our work, we could see that the GPU silicon barely had thermal compound on it. The problem isn't the compound itself (the cooler would actually perform just fine without it, though sub-optimally), but the fact that contact isn't made. Lack of compound tells us that the coldplate barely touched the GPU. 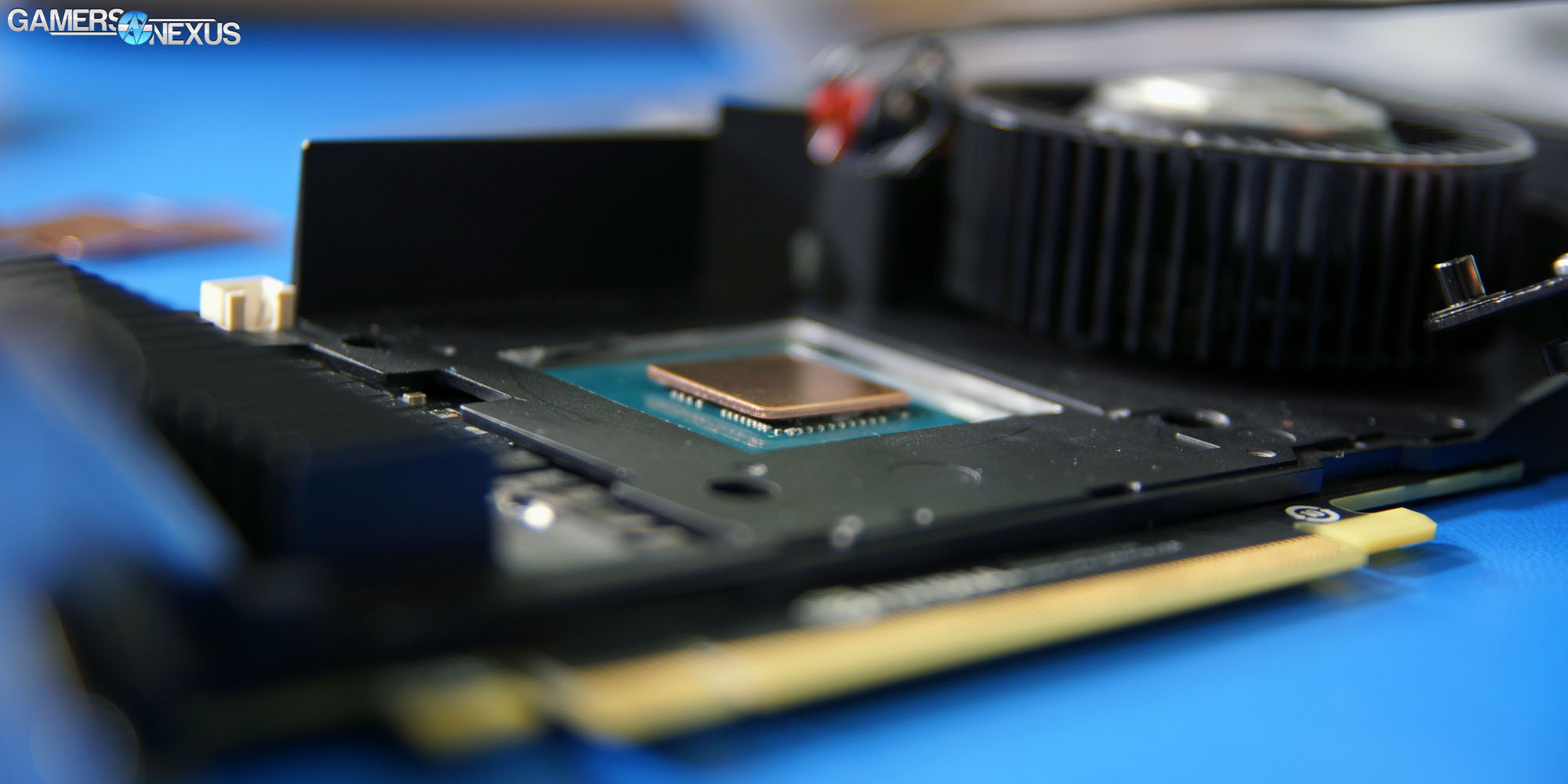 It was unbuilt, and we one-day shipped a few packets of copper shims. We grabbed a 1.0mm kit and 0.3mm kit of copper pads (20x20mm) for ~$10. That arrived within 24 hours, and immediately resolved the contact issue. The shim now sits between the GPU and the coldplate, with thermal paste contacting each side of the shim. The video showing this installation process is above.

We're still working on testing and will have the results video online soon, but in the meantime, know that the copper shims did remedy the high thermals. We're already producing better results than seen on the GTX 1080 Hybrid, in terms of raw temperature (as expected; despite the shim, it's still lower TDP), and performance testing is next. We'll be looking at clock-rate vs. time and other metrics over the weekend, and will have part 3 online thereafter.

It's been a very fun project! We're hoping to grab some more mod tools and get deeper into this stuff in the future.