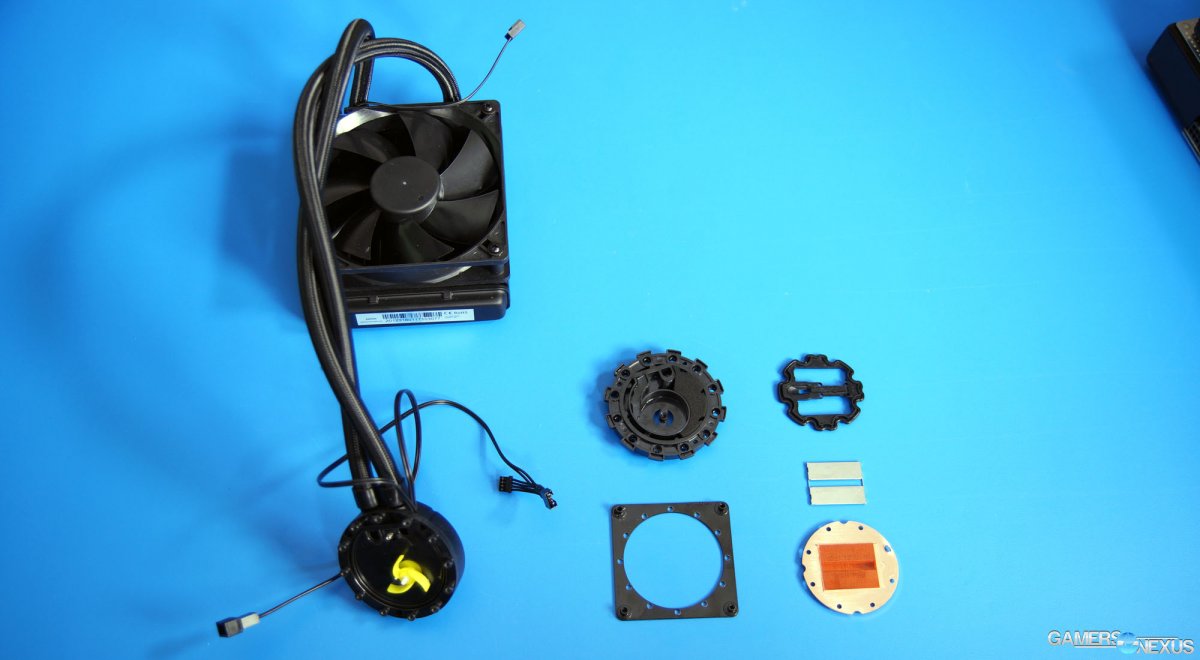 Note: Do not attempt unless you want to ruin your liquid cooler. This is not something you do with the intent of re-assembly and usage.

The EVGA Hybrid has a pump cap on top of it (with the “EVGA” branding). The pump cap is actually removable, and could theoretically be replaced with a custom user pump cap. Removing the cap (done by simply pulling on it) will reveal the two-pole pump and motor setup, including the PCB and wiring. Once we remove the bottom half of the pump, you'll see that the propeller spins on two electromagnetic poles – that corresponds with what we see under the pump cap.

EVGA's Hybrid has a mounting bracket that applies pressure to the rest of the unit, and holds it all together. The outer screws go to the mounting bracket, while the inner screws hold the coldplate to the bottom half of the cooler. 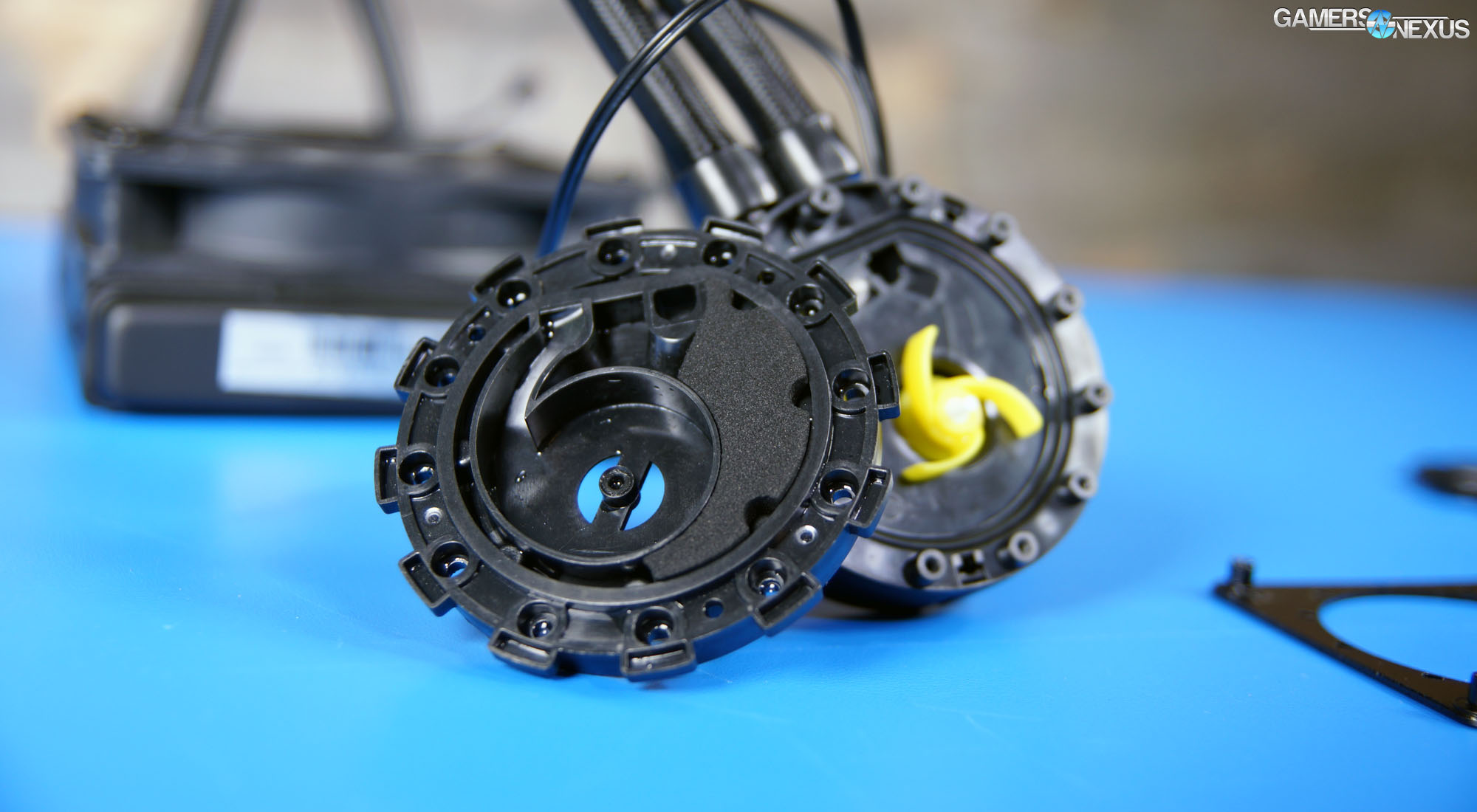 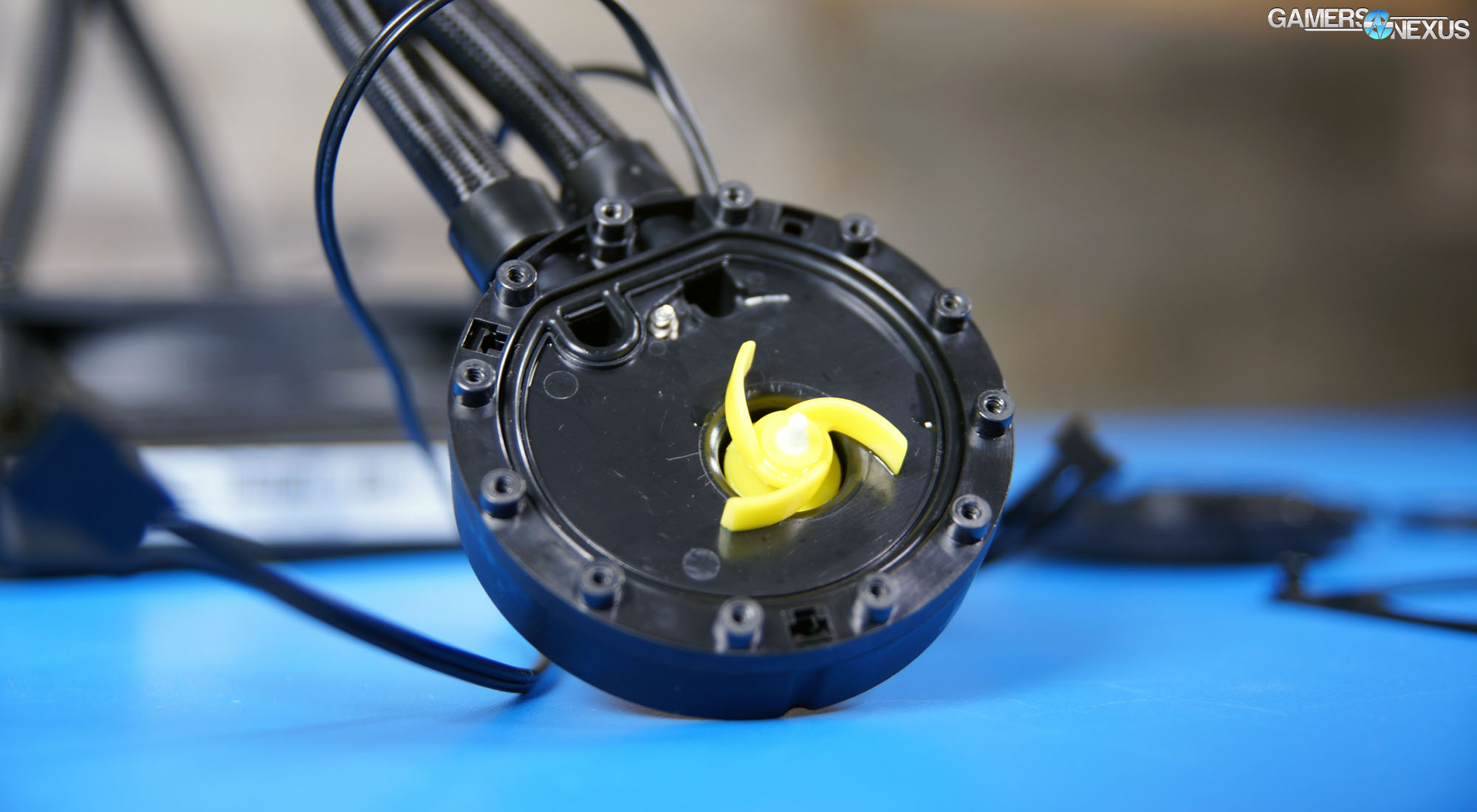 Removing the outer screws will release the bracket, but you can't do this to replace the bracket for use with other coolers. The EVGA Hybrid cooler will immediately “depressurize,” so to speak, and begin leaking liquid. If you were to flip it right-side up, so that the coldplate is on the bottom, the bottom half of the pump would fall apart and drain liquid.

Internally, we see mostly the same setup as the Gen 3 Corsair H110. There's an in and out tube, an “underpass,” and a propeller to actually push/pull the liquid.

Removing the coldplate isn't too hard, but does require some leverage and a #1 Phillips screwdriver (ideally, a Pozidrive #1a). We had to apply the maximum amount of force available by hand, as the screws are easily stripped and in tight. We rounded-out one of the screws and had to pry the coldplate off of the pump block, but this cooler won't be re-used anyway. 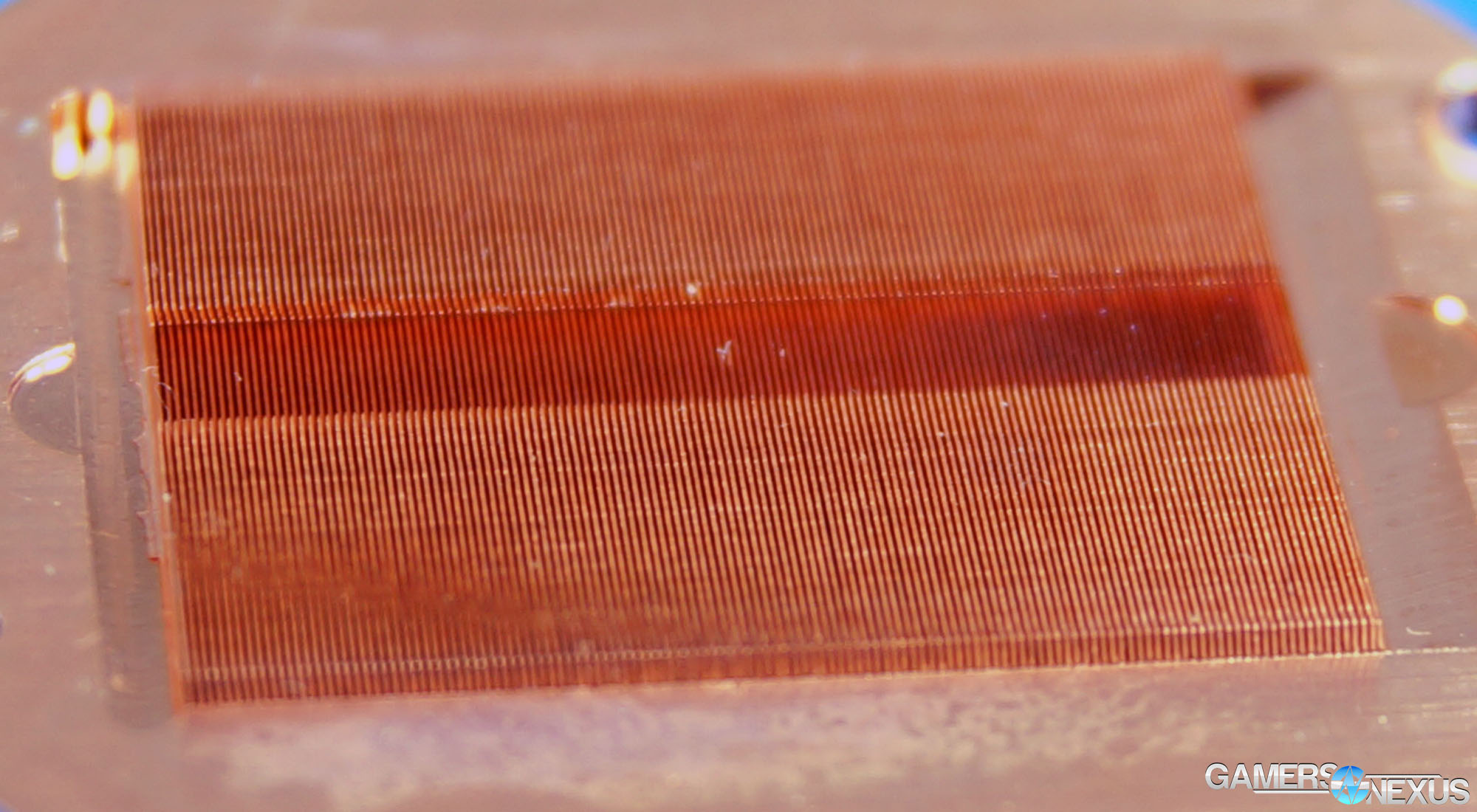 The coldplate is loaded with densely packed copper microfins. These are more tightly arranged than what we've seen on some Dynatron and Apaltek CLCs, which allows for greater surface area and thermal dissipation. This is a driving factor of the Hybrid's cooling performance, in addition to the copper protrusion on the underside.

The fins are covered with a small piece of (what appears to be) aluminum, flanked on either side by grooves in the copper for liquid pass-through.

The function is the same as any radiator: Liquid goes in one tube, gets propelled by the propeller, pushed through the copper microfins, and then continues its journey up to the radiator. The microfins are saturated with heat by direct contact to the GPU silicon, and so the liquid works to conduct this heat away with great efficiency. That warmed liquid then continues up the tube, hits the radiator tank, and is pushed down the long tubes in the radiator. The radiator's aluminum fins conduct heat away from those channels, with the fans dissipating it out of the case.

Pretty simple in concept, but cool to seen dismantled.

Be sure to check the video for more visuals.