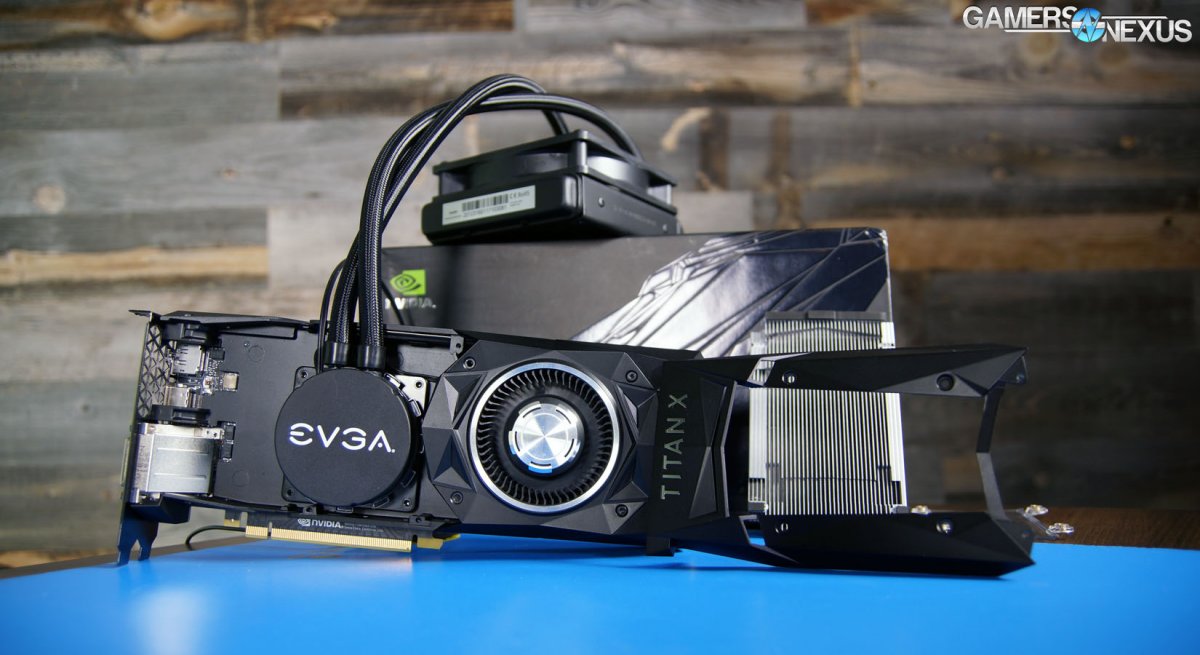 We've just finished testing the result of this build, and the results are equal parts exciting and intriguing – but that will be published following this content. We're still crunching data and making charts for part 3.

In the meantime, the tear-down of our reader's loaner Titan X (Pascal) GPU has resulted in relatively easy assembly with an EVGA Hybrid kit liquid cooler. The mounting points on the Titan XP are identical to a GTX 1080, and components can be used between the two cards almost completely interchangeably. The hole distance on the Titan XP is the same as the GTX 1080, which is the same as the 980 Ti, 1070, and very similar to the GTX 1060 (which has a different base plate).

Here's the new video of the Titan X build, if you missed it:

And a few photos: 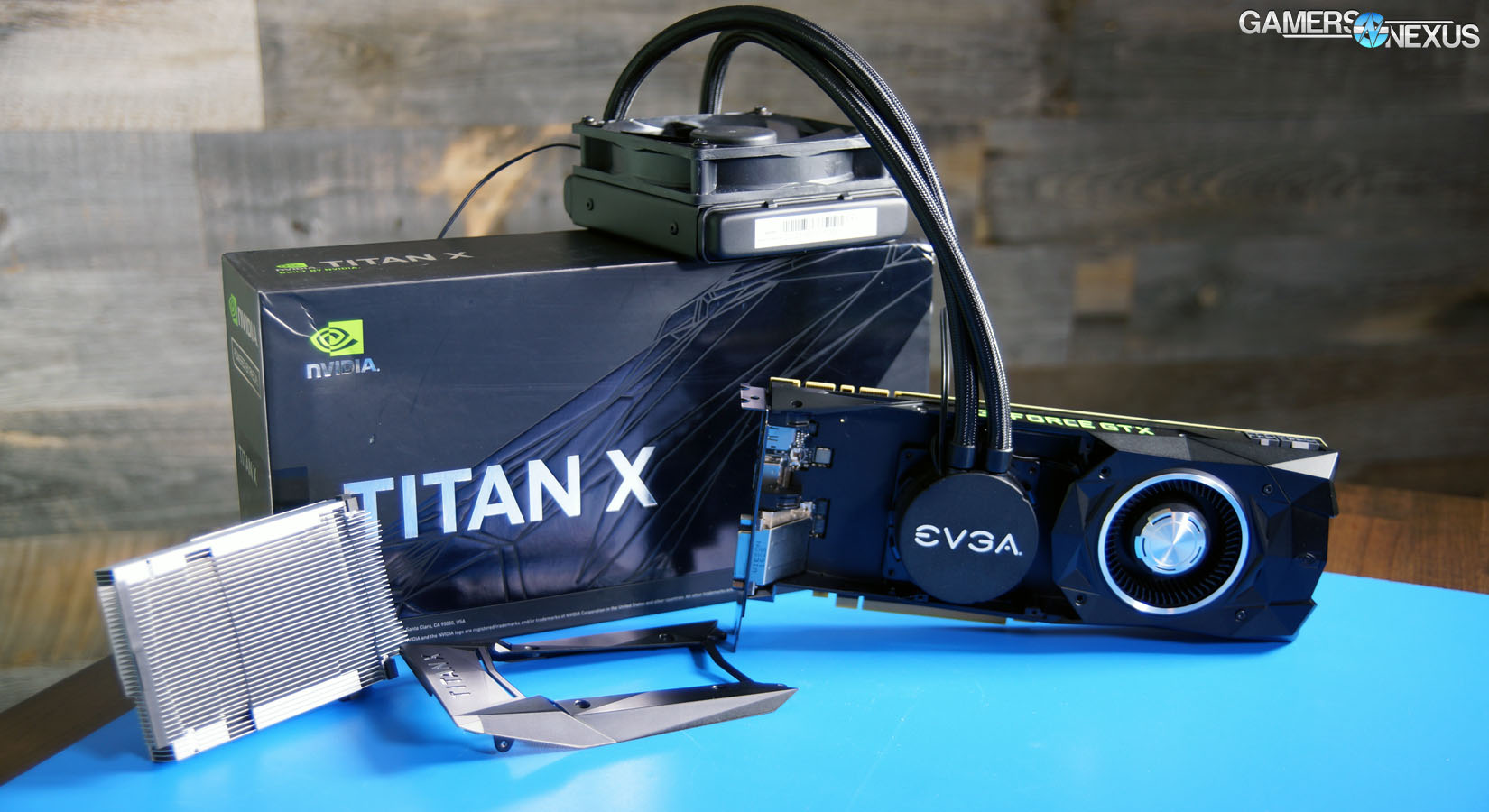 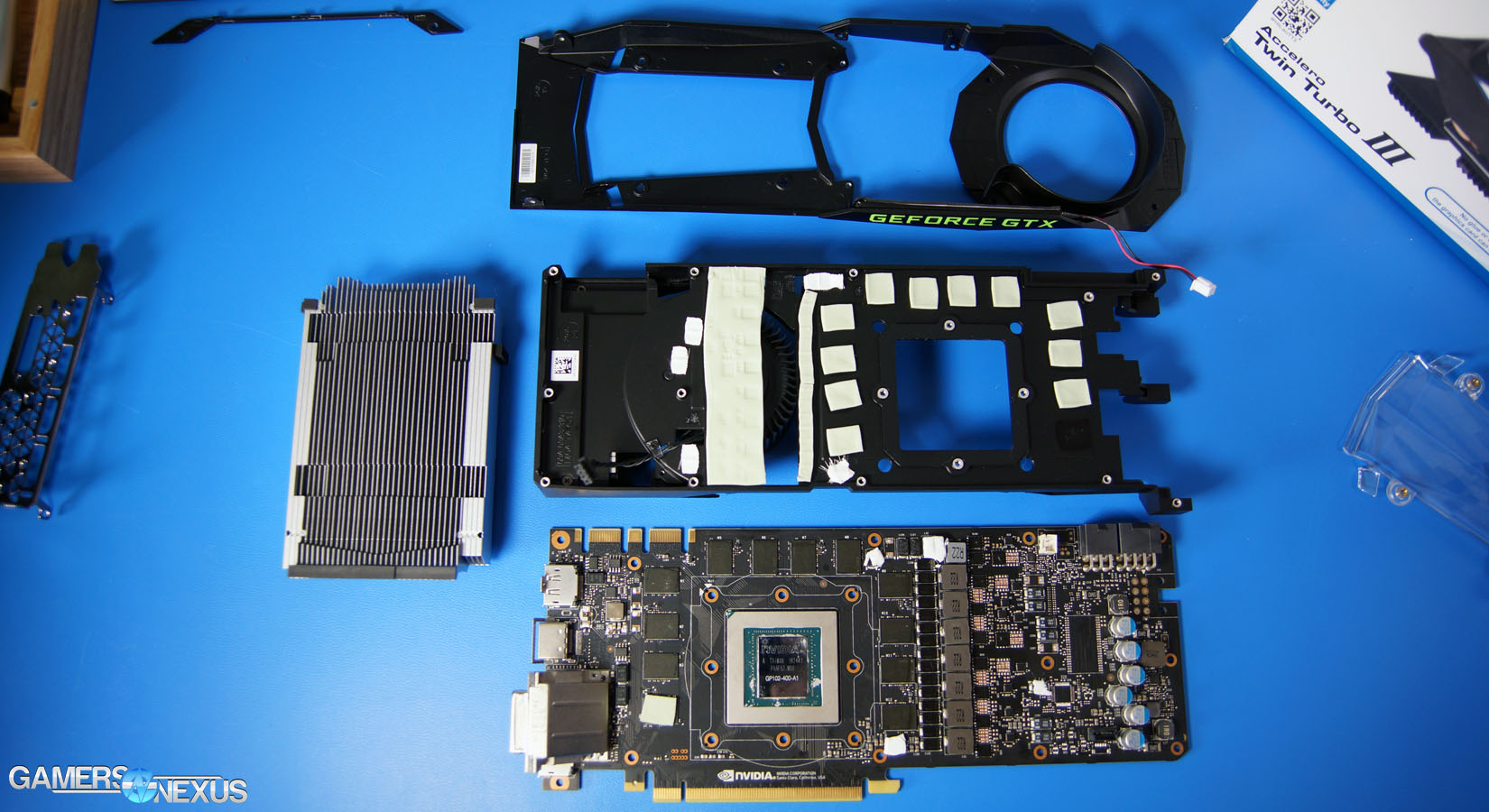 For part 1, check back here. Part 3 will heavily focus on in-depth testing, thermal over time results (and the impact on clock-rate stability), overclocking, and FPS gains from the OC.

Building the Titan X (Pascal) as a liquid-cooled unit was pretty trivial. We're considering using a dremel tool to cut some holes in a metal shroud, just to complete the look and help with air channeling – but we'd probably want to use the GTX 1080 shroud, so as not to damage our reader's Titan X shroud.

The coldplate mounted almost perfectly flush with the silicon; we did not need to resort to copper shims, as we did with the GTX 1060 Hybrid mod.

Everything else was fairly standard. The only “missing” part was that left half of the shroud, with everything else mounting back to where it once sat.

Testing is complete and we're crunching data, building charts, and writing scripts. That content will go live soon. Be sure to check back here for more, subscribe on YouTube, or support us on Patreon.