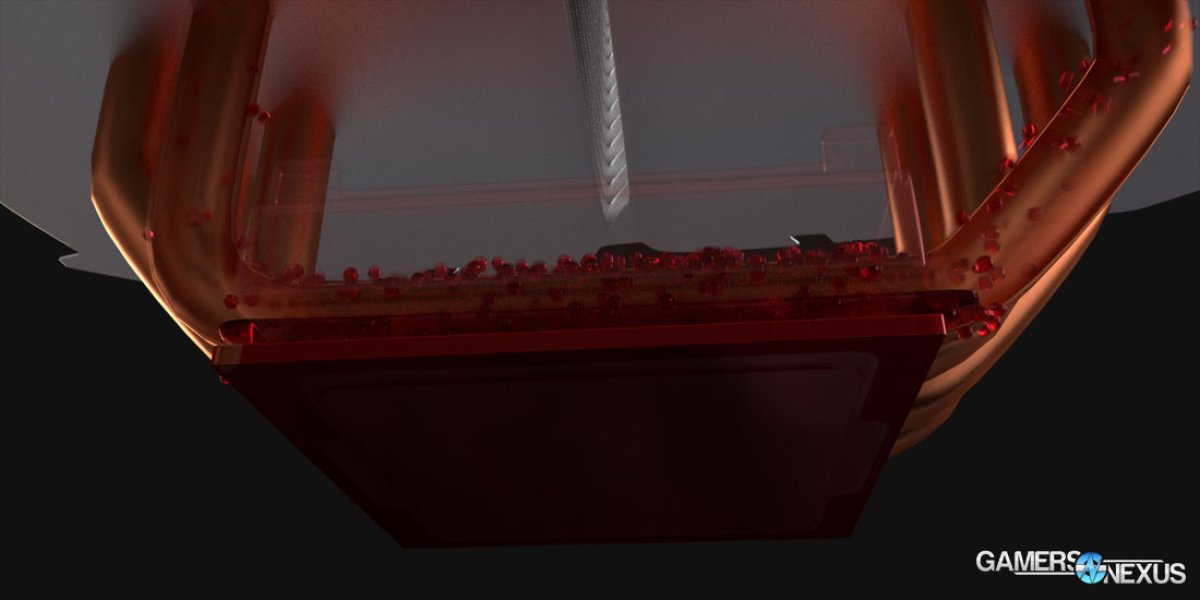 The goal of this series is to be more consumable for video audiences than some of our more in-depth coverage, and to explore the potential of animating some of our educational content. It's also a matter of bandwidth: I'm still leading most of the article workload personally, and that means there are occasionally difficulties with juggling video scripting / hosting and editorial / written work. To help balance the load between video and editorial teams, we will be producing these TLDR videos largely as one-offs (without article components) to help space the workload for more in-depth website articles. We'll run stories similar to this one for each TLDR, and those will contain some behind-the-scenes information on the making of the animation or script.

In this case, the animation was actually something of a technological challenge. Andrew used Blender to build-out the CPU cooler in full 3D, using an old NZXT T40 that we had as a reference model. The animation features particle effects for demonstration of the liquid flow within the heatpipes, and uses light bounces to beautify the heatsink to some extent. This was originally done in an extreme fashion, and we were bouncing light off of all the fins within the heatsink. The effect was fantastic, visually, but ate into render times so much that it became impossible to output reasonably. We looked into render farms, but they'd cost upwards of $400 to render half the animation. Ultimately, the decision was to perform a gradient/fade transition to move the fins from semi-transparent to fully opaque part-way through the animation. This dropped our render times from a staggering 3.5 hours per frame to about 30 minutes per frame, and that's on our 4960X + Titan XM system. This issue took us a few months of side work to figure out, and (behind the scenes note, here) resulted in the longest production time ever for a GN video. It sat in purgatory for about 5 months as we played around with various settings in free time. The video was originally shot in April.

We also learned a lot about rendering animations on this type of hardware. Blender doesn't work particularly well with new cards, so our makeshift 3x GTX 1080 + 1x GTX 980 Ti rig was actually worse than running Kepler or all Maxwell cards. Blender is adding CUDA support for the Pascal cards, but wasn't ready at the time of our rendering. Another trick learned was to reduce the tile size of the render on the CPU, which significantly improved render time per frame when loading the CPU. With 3300 frames to render, every second saved counted.

We're hoping to explore render pipelines in the near future, knowing all this, but we've got more content to make for now. Stick around for the next TLDR!