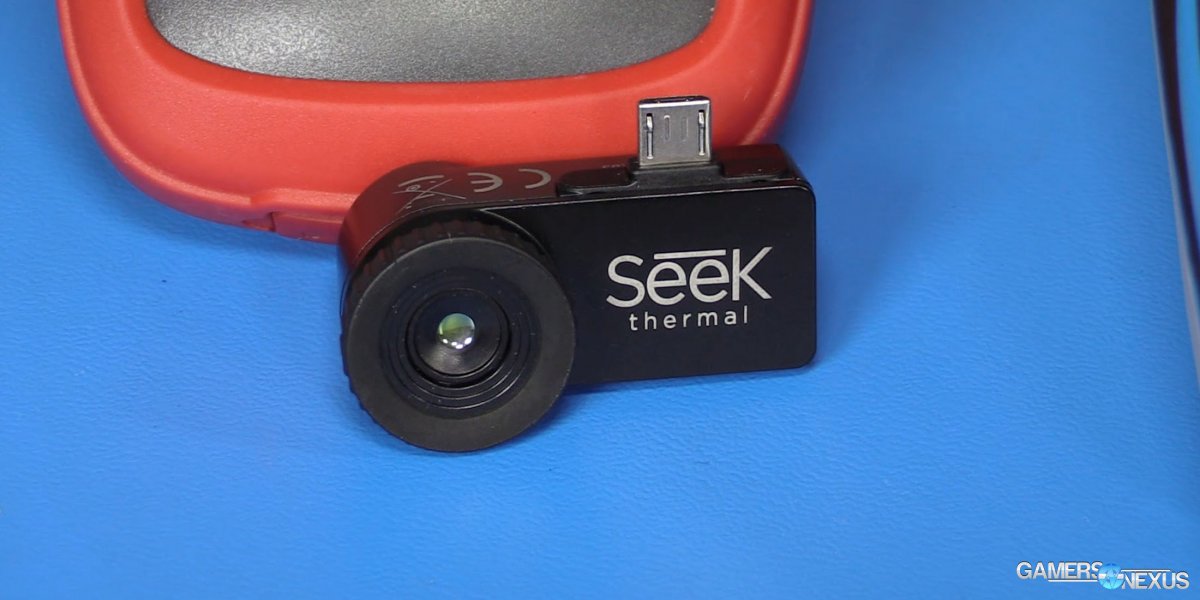 It is minimally misguided, maximally lazy, to utilize thermographic imaging as a means to determine component temperatures. In fact, using a better cooler with this methodology would suggest a worse component temperature (large surface area cooling notwithstanding). Taking a thermographic image of a stout copper heatsink would suggest temperatures that look worse than, for instance, a larger surface area heatsink (even if the latter performs worse in actual sensor-level measurements).

Direct sensor monitoring simply must be performed for accurate component-level temperatures. If you really wanted to do something different, you could bore a small hole into a coldplate and stick a thermocouple in there, then use that for measurement of the IHS case temperature of a CPU. That’s fine. It’s not what we do, but it’s fine as long as it’s consistent. Infinitely better than thermal imaging a heatsink that obscures the chip, certainly.

But let’s move on from that point, as it seems a bit obvious.

What is perhaps less obvious is the challenge of emissivity, reflection, and transmission when dealing with measuring interfaces that are not necessarily understood by the technician. We recently discussed this with Bobby Kinstle of Corsair, previously introduced to GN’s readers in a thermal engineering talk.

Our below video has a practical demonstration using a tempered glass-clad case, a tortured system (100%/100% GPU + CPU load), and a thermal imager:

In the video demonstration above, we show that attempting to image the system through the case side panel actually reveals the reflections in the glass, not the system internals. Andrew (video producer) can be seen standing off-screen, even though we’re pointing the imager at the case; my hand is visible as it moves around in space reflected on the enclosure.

This means that we’re not seeing system internal temperatures.

We can also see that there’s effectively zero resolution to the image – it’s just sort of a big, amorphous blob of red and blue colors. Looking at the temperature scale, we see that the maximum temperature isn’t even that hot – something like ~40C – despite CPU temperatures nearing 80-90C. 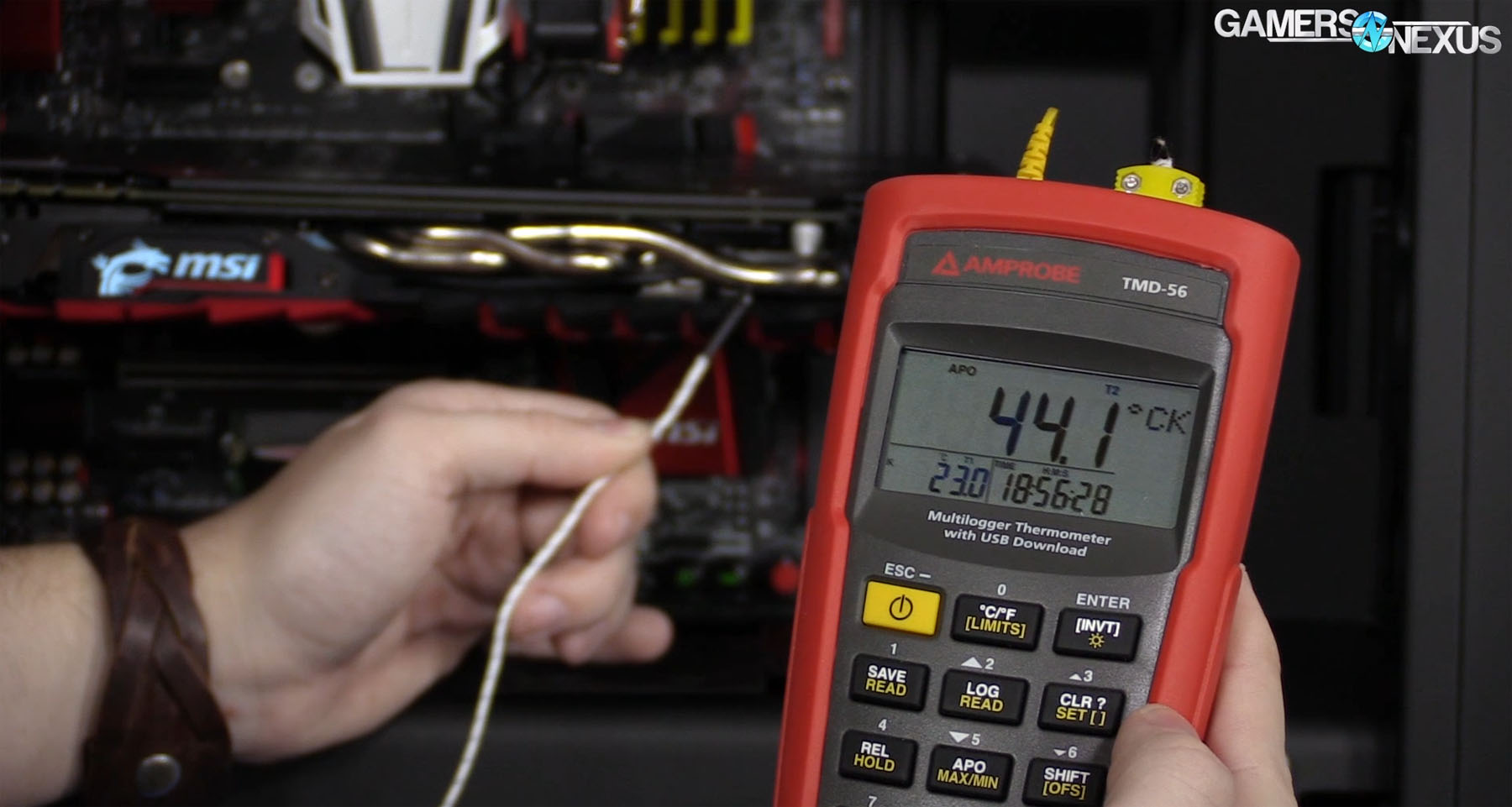 This is because of emissivity and reflection. Electroplated copper has an emissivity of something like 0.03; it’s highly reflective, and without compensating through calibration of the camera, you’re just not going to get a measurement anywhere close to reality. Tempered glass experiences similar issues, as would polycarbonate or acrylic side panels, except in the realm of "reflection."

Pointing a thermal camera at a shiny, nickel-plated heatsink would also prove fruitless. Without understanding the emissivity or reflectivity of the surface (two separate things) and compensating for it within the camera (which is often not possible on the El Cheapo phone cameras), the measurement has no basis in reality.

Our video above further proves this point by using a trusted K-type thermocouple (calibrated in an ice and boiling water bath) to take a measurement of a shiny nickel-plated copper heatpipe. This measurement reveals temperatures 30~40C below the Seek Thermal camera’s stated temperatures (after removing the glass), and is a result of the emissivity of that nickel-plated surface.

In an experiment conducted by Fluke, one which we strongly recommend reading, the company stuffed a stainless steel block into an oven for three hours and then used thermal imagers. The block is highly reflective, given its stainless nature, and shows temperatures below the oven’s temperature. The block also reflects the environment (like the face and glasses of an off-camera onlooker), similar to our tempered glass test.

In its experiment, Fluke painted one half of the block matte black and left the other half stainless steel. This provides an ideal black body for the physics demonstration, and shows a temperature swing of around 100F between the two halves (despite being the same temperature, as the steel plate is one body that was heated through convection). Using a compatible camera, it would be possible to calibrate the emissivity index by taking a delta of these two halves, then programming it into the camera. Not all IR cameras can do this.

Understanding the material and emissive/reflective properties of the subject is critical to using a thermal imager properly. Even knowing these things doesn’t mean that the imaging is useful, either; again, as the first half of this article explained, imaging a system doesn’t necessarily provide us with critical information. It takes someone to analyze and interpret that data, then act on it further for more careful or component-specific analysis.

If this type of content is enjoyable, consider reading our previous PSA on power supply cabling. Our Patreon page is located at this link, for direct supporters, and YouTube is over here.