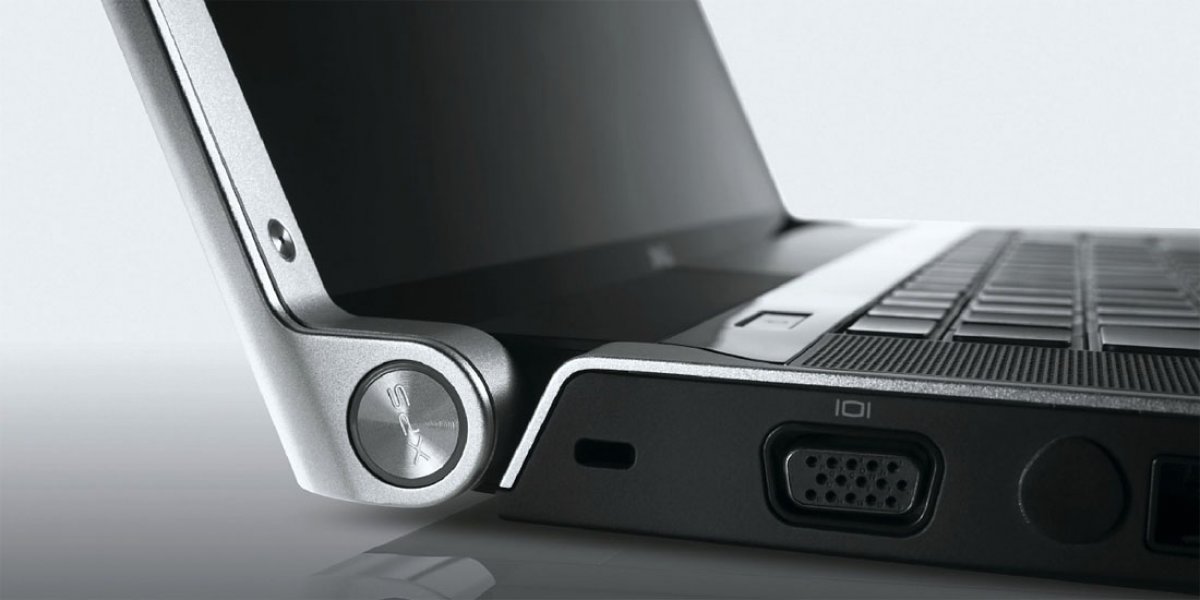 Our assumption was that the noise issues stemmed from a dusty fan, like Andrew’s laptop, or that it simply needed to have its bearings re-lubricated. That wasn’t the case, though. A quick inspection revealed almost no dust, and the fan bearings seemed well within their service life. With some more heuristic checks, we realized that the loud noise was exiting the hard drive’s location in the shell, not the fan’s location. Further physical and software analysis revealed fairly obviously that the drive was spinning at its peak RPM almost constantly, even when it shouldn’t be in (much) use, and that the drive was at risk of failure.

It made sense to migrate to an SSD. The SSD won’t get its full speed out of the XPS 1640, but it’s still going to be significantly faster and more reliable. The risk of data loss from imminent drive failure vanishes with this replacement, and the old HDD can be placed into a Faraday cage for storage in the event it’s ever needed as a backup.

While in the system, we did go ahead and clean out the heatsinks and dust in a few crevices, but it really wasn’t bad. Not by laptop standards, anyway.

The noise levels were the biggest change. Here’s a look at those differences: 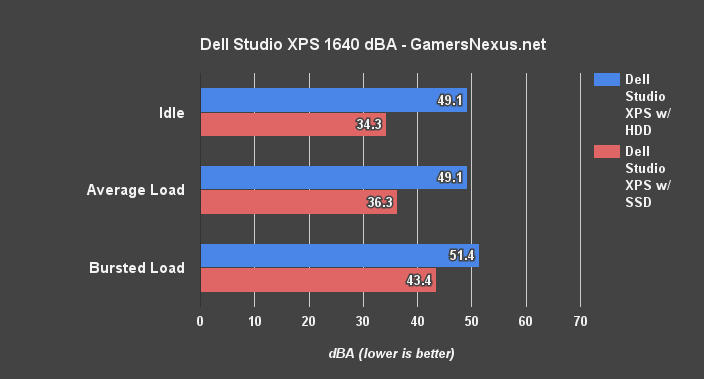 Idle, at desktop, the 1640’s noise output dropped from an intolerable 49.1dBA down to 34.3dBA with the SSD and cleaned fans. The noise floor of the room is approximately 26dBA. No spinning parts with an SSD, so that rebuild noise is entirely from the system fans (which are now a bit cleaner). Not bad, really. Some of this noise on the older setup was because of additional heat – it seemed that the drive was ramping

Average load level (a mix of YouTube + office applications) had about the same noise output from the original build, resultant of the overwhelming output from the fans + hard drive. The cleaner fans and SSD resulted in a reduction from 51.4dBA in bursted worst case scenarios (PC Mark) down to 43.4dBA with the fixes.

Overall, certainly a success on the noise front.

Boot times were also tackled with this upgrade, resulting in the following change: 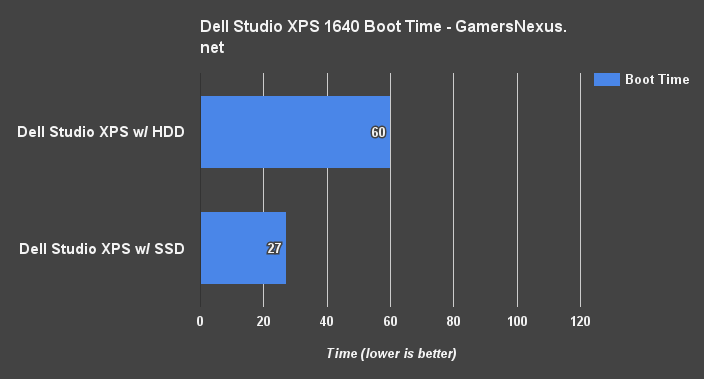 If you’re considering retrofitting an old laptop with an SSD to keep it alive a bit longer, it’s well worth the effort. And that SSD can always move to a new system later, if absolutely necessary. We’d suggest Acronis for the easiest to use host migration software (disk-to-disk transfer is trivial, even with mixed disk sizes), but you could also grab Clonezilla for a free solution. We’ve used both at GN, it’s just that Acronis requires less fidgeting to get working with all configurations.

We’ll be back to regularly scheduled component benchmarks in short order.

Hope everyone had a good break, if you were fortunate enough to receive one!