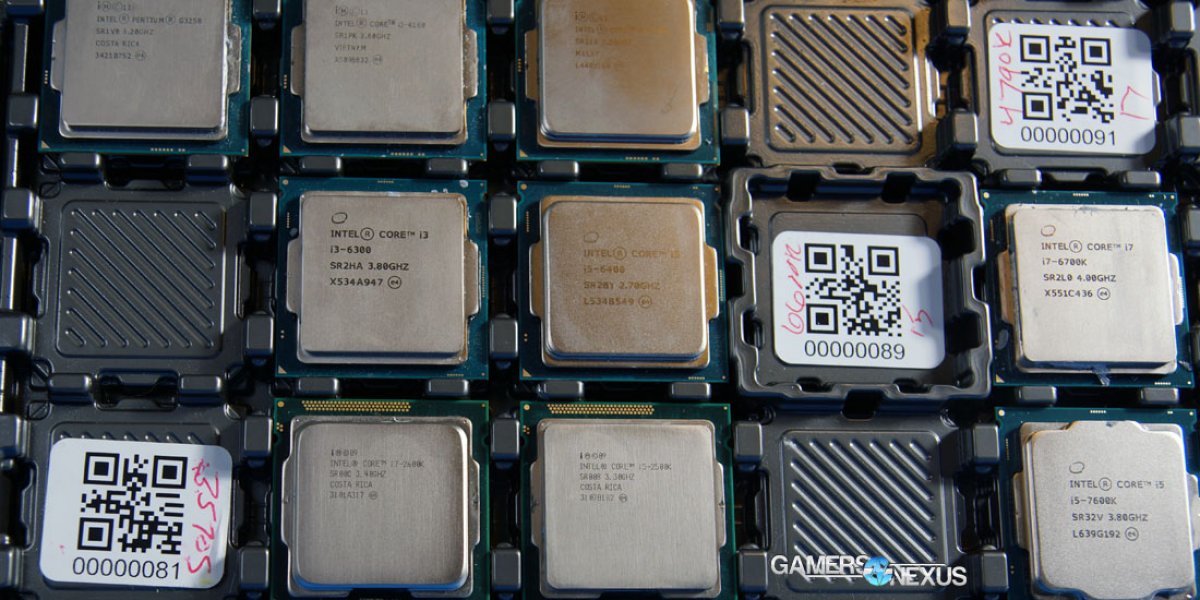 Our Blender benchmarking is defined on Page 1 (see: CPU Testing Methodology), and has been deployed since the i7-7700K review that we recently posted. The benchmark process is to render a single frame of a 4K image that GN’s Andrew Coleman created, including several different effects and material types that impact render performance. The final image is shown below, for the curious. We’re processing fur (bottom left), motion blur (bottom middle), transparency, reflectivity and ray traces, and solid materials.

Each monkey has different effects applied, all stressing the components in different ways. During GPU rendering, for instance, the fur monkey stresses GPU memory in unique ways. 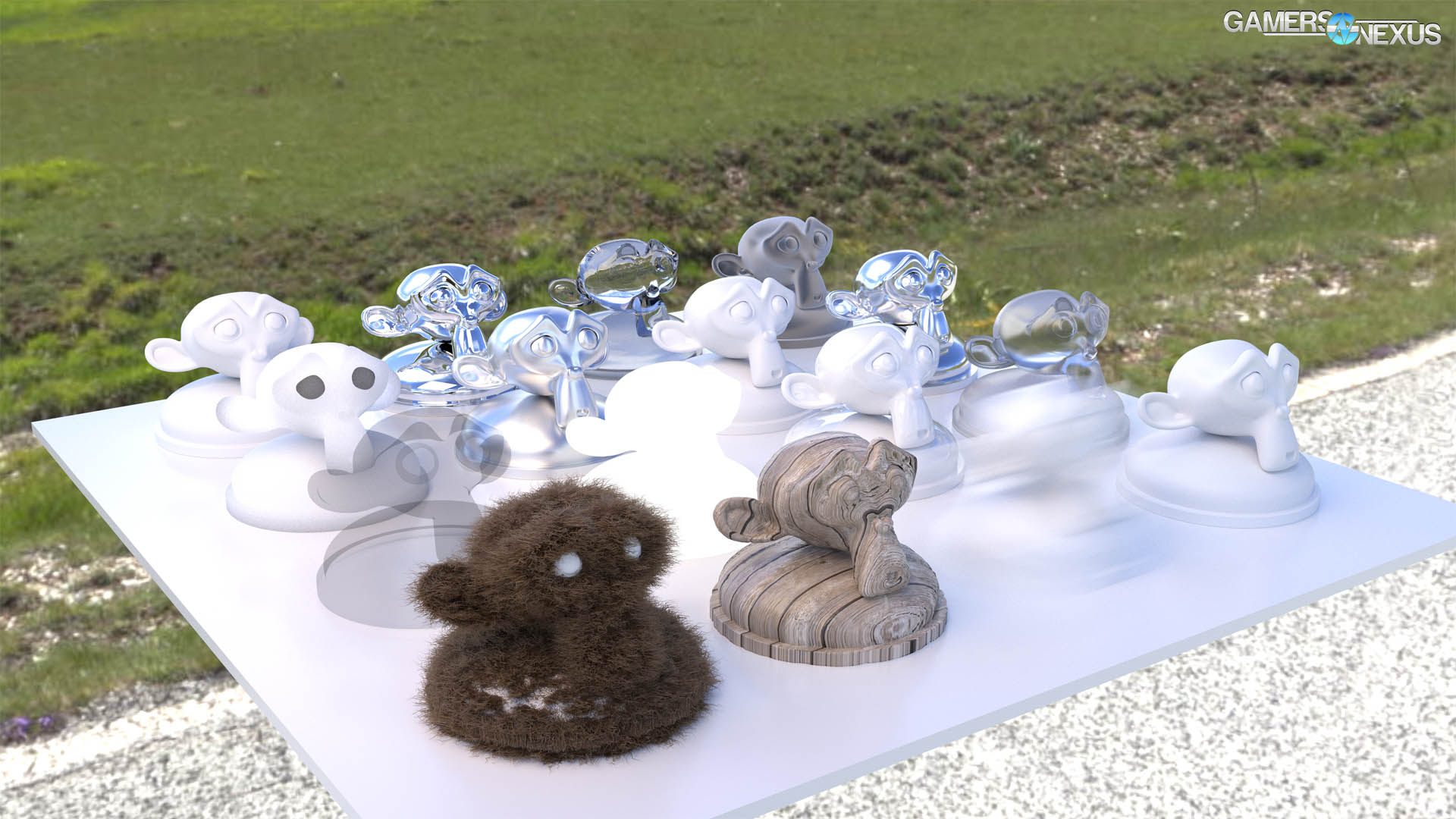 Intel i5 vs. i7 Rendering Performance 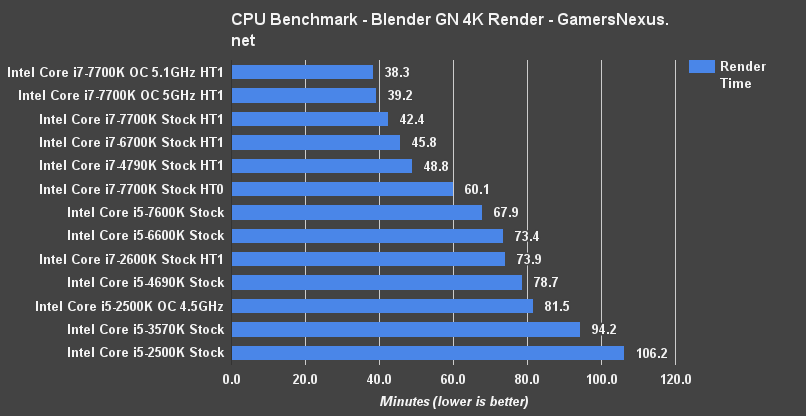 As the chart demonstrates, this is a benchmark where multithreaded CPUs really shine. The additional threads are fully utilized for each 16x16 tile that we render, so 2x the threads equates 2x the active in-flight tiles being rendered. We already talked i7 numbers in our 7700K review, so let’s focus on the Core i5 CPUs.

The Intel i5-2500K with stock frequency settings is able to render our scene in 106 minutes, making it the slowest device on the bench by a long-shot. The 3570K CPU, released in 2Q12, completes the frame in 94 minutes. A modern CPU, like last gen’s i5-6600K, is able to complete the task in 73 minutes. That’s about 30 minutes faster than the 2500K, or a reduction of about 31% time required. If you’re rendering using the CPU – as you might do if running both the GPU and CPU on a render task – then the upgrade is clearly substantial.

To provide some perspective for Sandy Bridge, the same-gen Core i7-2600K can render the scene in about the same time as the i5-6600K ($240) at 74 minutes. If you bought an i7-2600K back in the day, you’re still in decent shape in this particular benchmark. At least, compared to the i5 CPUs.

A trivial overclock to 4.5GHz on the i5-2500K moves us up to an 82-minute render time -- absolutely a worthwhile improvement, if you’re stuck on this CPU and rendering things. 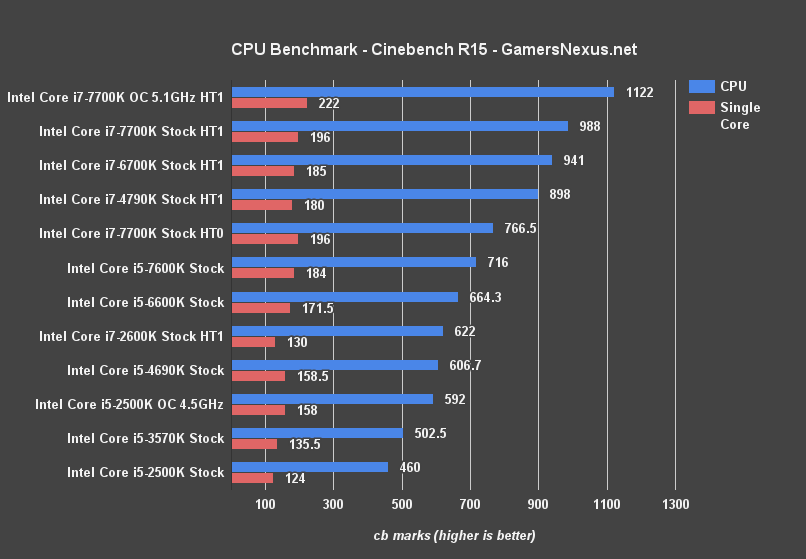 Using Cinebench for some quick synthetics, we’re seeing the i5-2500K operate expectedly at the bottom of the bench. The 2500K is pushing single-core performance at 124 cb marks, with multi-core at 460 marks. The overclocked variant at 4.5GHz performs ahead of the i5-3570K stock CPU, and just under the i5-4690K ($240) in single-core and multi-core performance. 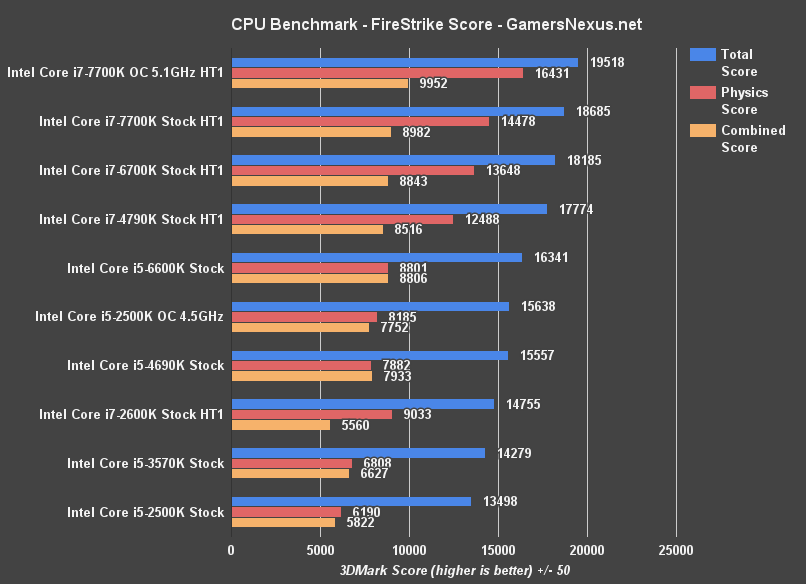 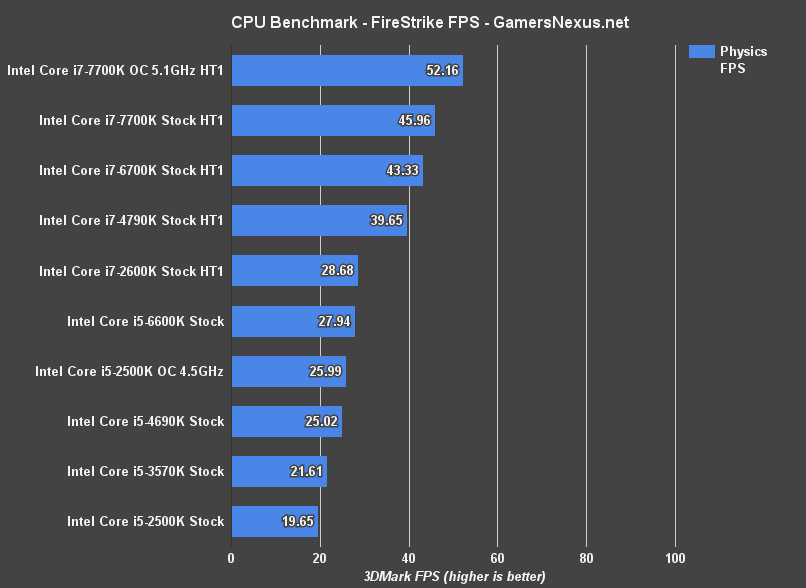 As for what this means in practice, here’s the 3DMark FPS output. We’re seeing a physics FPS of 19.7 on the i5-2500K, compared to 26FPS when overclocked. Thje i5-3570K and i5-4690K both fall between the stock and overclocked i5-2500K. There’s some variance to testing with 3DMark, but these results are reliable. 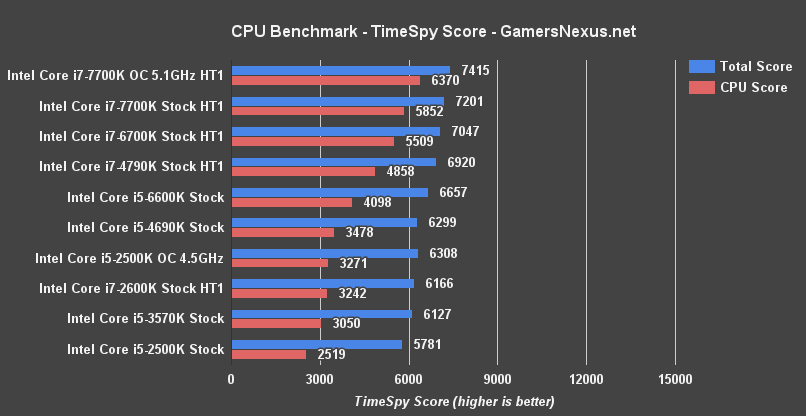 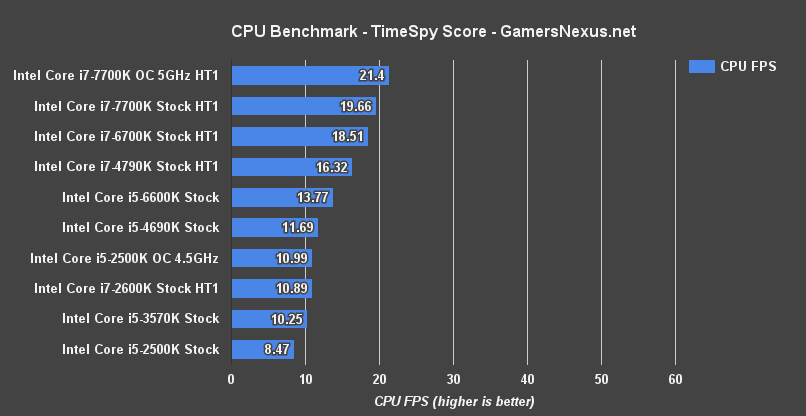 That’s all synthetic; of course, there’s only so far we can get with synthetics. We’ve got TimeSpy benchmarks in the article linked below, if you’d like to see more synthetics, but let’s move on to FPS benchmarks for now.

Continue to Page 3 for gaming benchmarks of the i5-2500K.