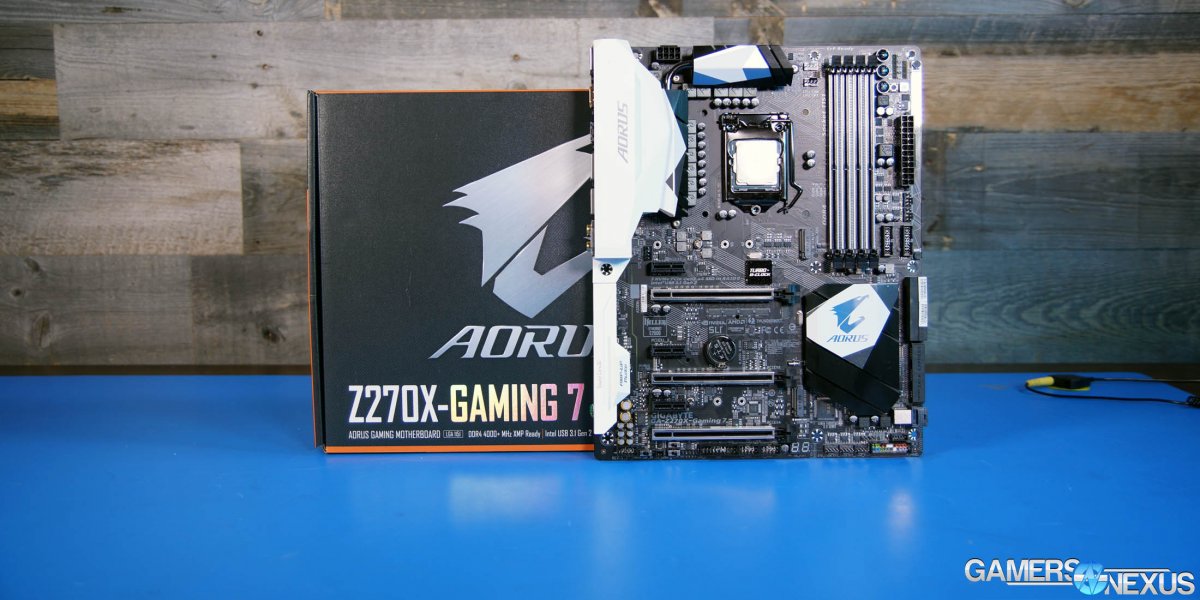 In the latest feature from overclocker Buildzoid, we follow-up on our full review of the Gigabyte Z270X Gaming 7 motherboard with a VRM analysis of the motherboard. The Gigabyte Gaming 7 of the Z270X family, ready for Kaby Lake, is one of the pricier boards at $240 and attempts to justify its cost in two ways: Overclocking features and RGB LEDs (naturally).

For this video-only coverage, Buildzoid analyzes the VRM, muses about its somewhat foreign design, and talks potential for the board. We previously noted that this motherboard had poor auto vCore settings for users opting for out-of-box configs (though those will theoretically be resolved with the latest BIOS update), but also noted that its manual overclocking potential is high.

Learn more in the above video.