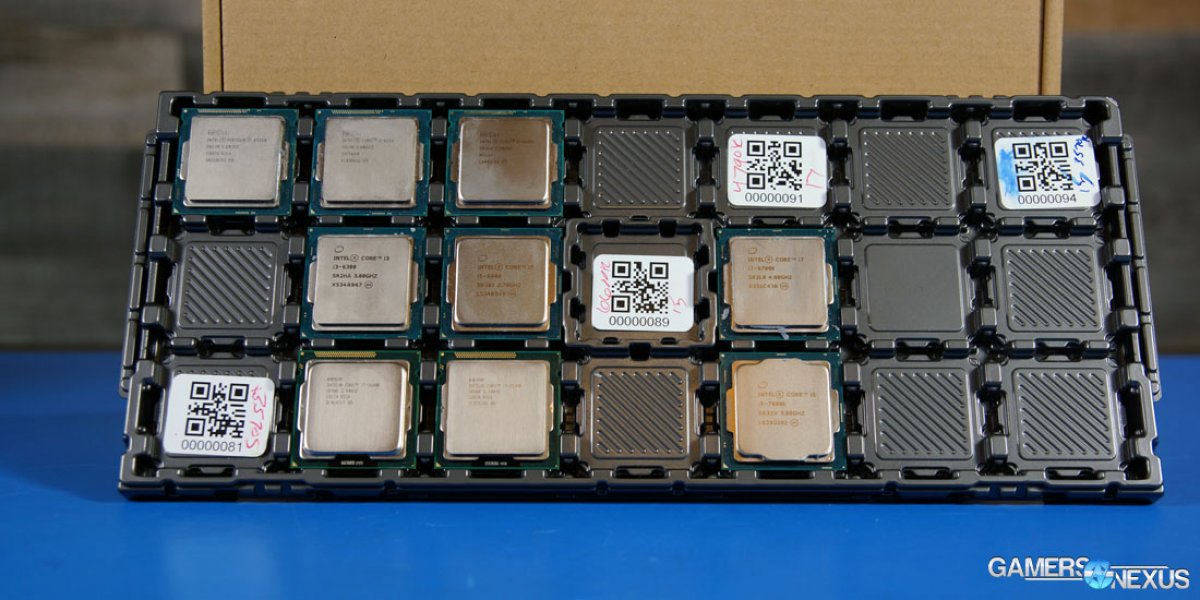 At stock frequency, the 2600K took 73.9 minutes to render our Blender test. For comparison, that’s about 74.3% slower than the stock i7-7700K, which finished in 42.4 minutes. A 4.7GHz overclock proved a little unstable with Blender--as usual, it’s the longest and most stressful test we perform on CPUs, and the most likely to cause overclocks to fail. With the proper vcore boost, we did manage to complete the whole test at 4.7GHz, bringing render time down to 54.5 minutes on the 2600K. That’s a bit slower than the popular i7-4790K and actually faster than the 7700K without hyperthreading, thanks to Blender’s thread focus, and a 26.3% decrease in render time compared to stock. The 7700K itself only reduced render time by 9.7% through overclocking. Hyperthreading enables the 2600K to exceed any 4 core i5 in render performance, including the overclocked 7600K.

For owners of the 2600K who bought the chip originally for a cheap hedge between gaming and CPU production workloads, now’s not a bad time to upgrade if you’ve become dissatisfied with performance. The R7 1700 completes the same render task in 33 minutes without an overclock, for a time reduction of 40% over the overclocked 2600K. That said, if you only care about gaming, needs and recommendations change. We’ll get to that shortly. 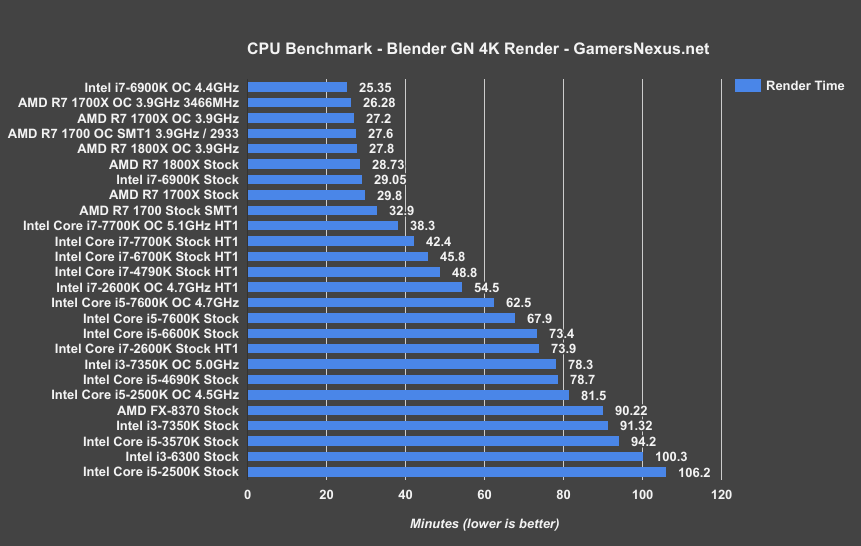 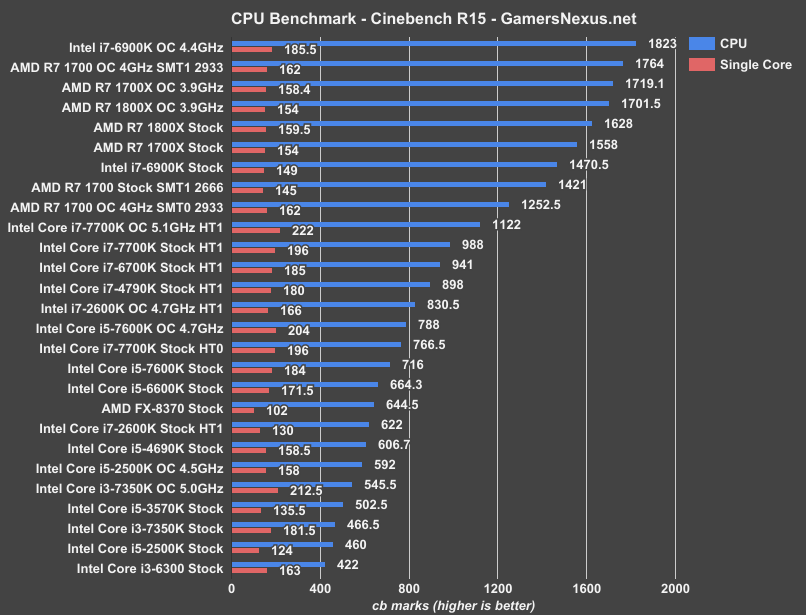 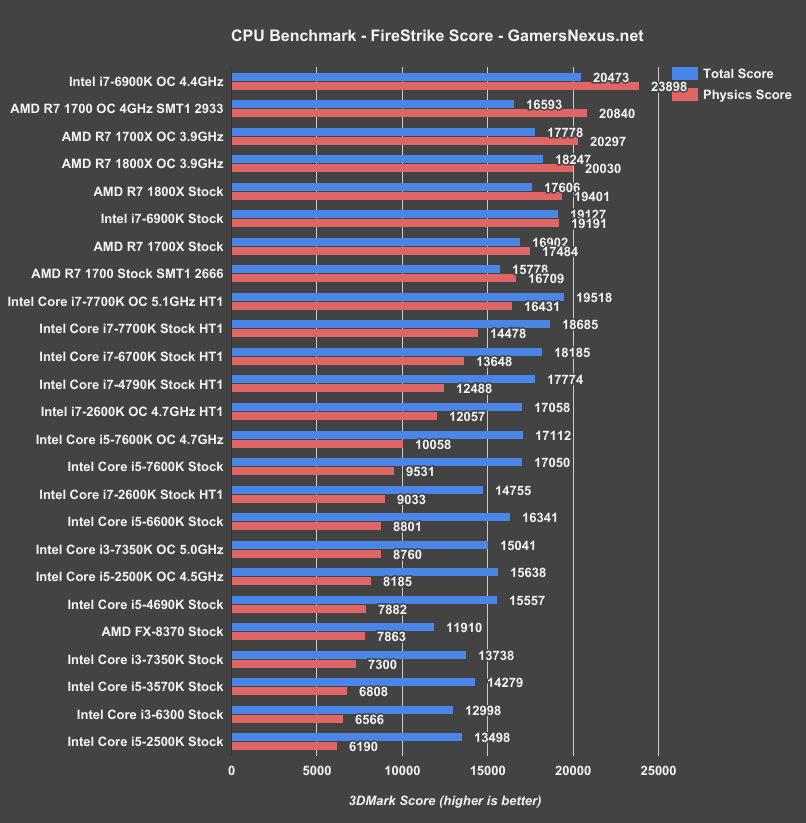 The 2600K’s original score in FireStrike’s demanding physics test was 9033, sandwiching it between newer i5s in our results. Although it managed to cling on and outperform the stock i5-6600K, the stock i5-7600K finally surpassed it. Once overclocked, though, the score leaped to 12057, just shy of the i7-4790K and higher than every i5 tested (overclocked or not). 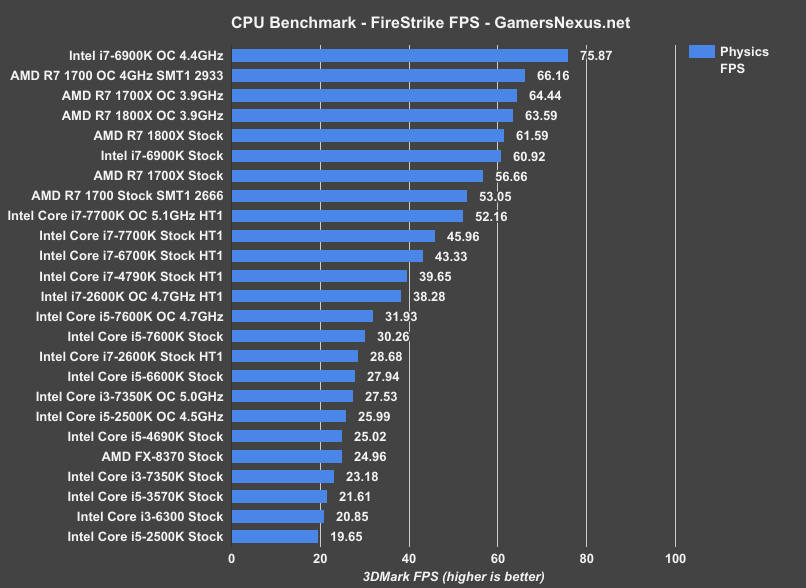 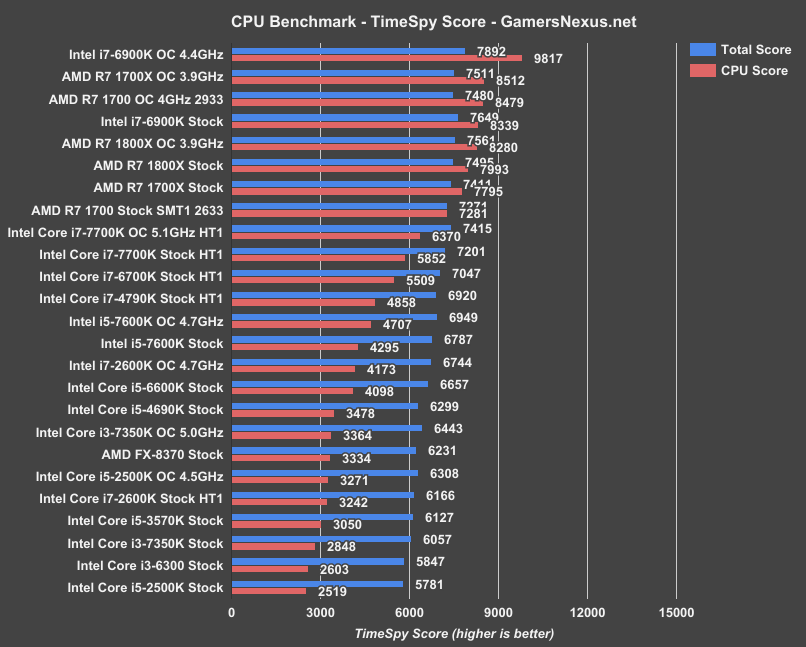 In practice, physical core count carries a greater weight than hyperthreading in TimeSpy, as with most synthetics. The trend of “better than most new i5s, worse than any newer i7” continues, but the stock 7600K did come out ahead in this case.