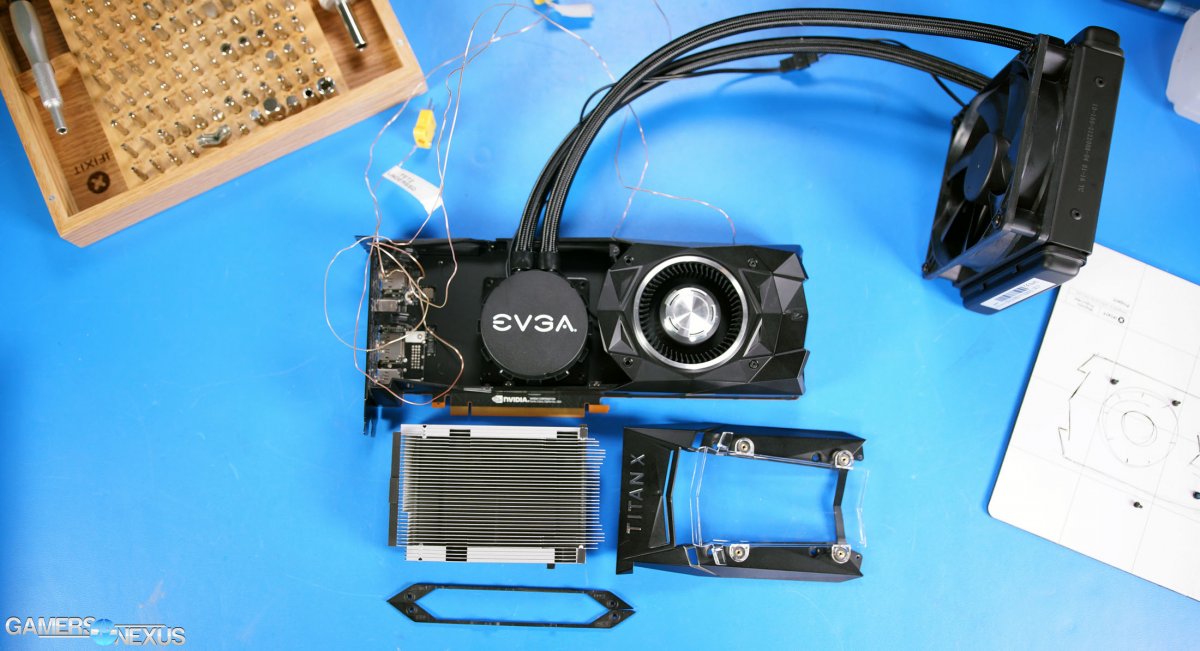 We just posted our second part of the Titan Xp Hybrid mod, detailing the build-up process for adding CLCs to the Titan Xp. The process is identical to the one we detailed for the GTX 1080 Ti FE card, since the PCB is effectively equal between the two devices.

For this build, we added thermocouples to the VRAM and VRM components to try and determine if Hybrid mods help or hurt VRAM temperatures (and, with that part of testing done, we have some interesting results). Final testing and benchmarking is being run now, with plans to publish by Monday.

In the meantime, check out part 2 below:

Part 1 was posted alongside a tutorial article that details the disassembly process, which you can find here. We also detail the tools used/needed for the tear-down in that piece.

Stay tuned for more! We’ve got a few in-depth articles planned for the coming days, but today is one of those video-focused days while we lock-in benchmarks for the new tests.