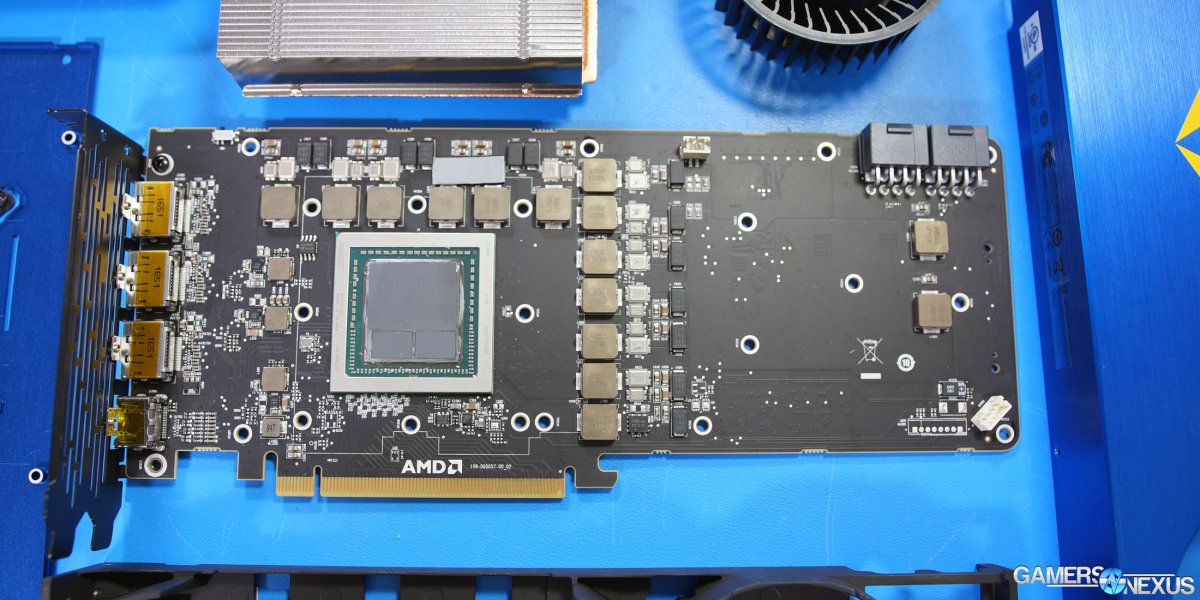 Keep in mind that Vega: FE runs HBM2, which uses two stacked memory dies atop an interposer, adjacent to the GPU die. This layout means that VRAM's usual occupancy on the board is eliminated, leaving more room to move the VRM closer to the GPU. That's where the "L-shaped" VRM comes from, on this one, with the usual VRM spot being dedicated instead to the Delta fan.

Learn more in the PCB & VRM analysis below.

We still have more Vega: FE content coming this week, and will eventually return to some X299 follow-up coverage and liquid cooling reviews.