Delidding Another 7980XE - What We've Learned from Delids 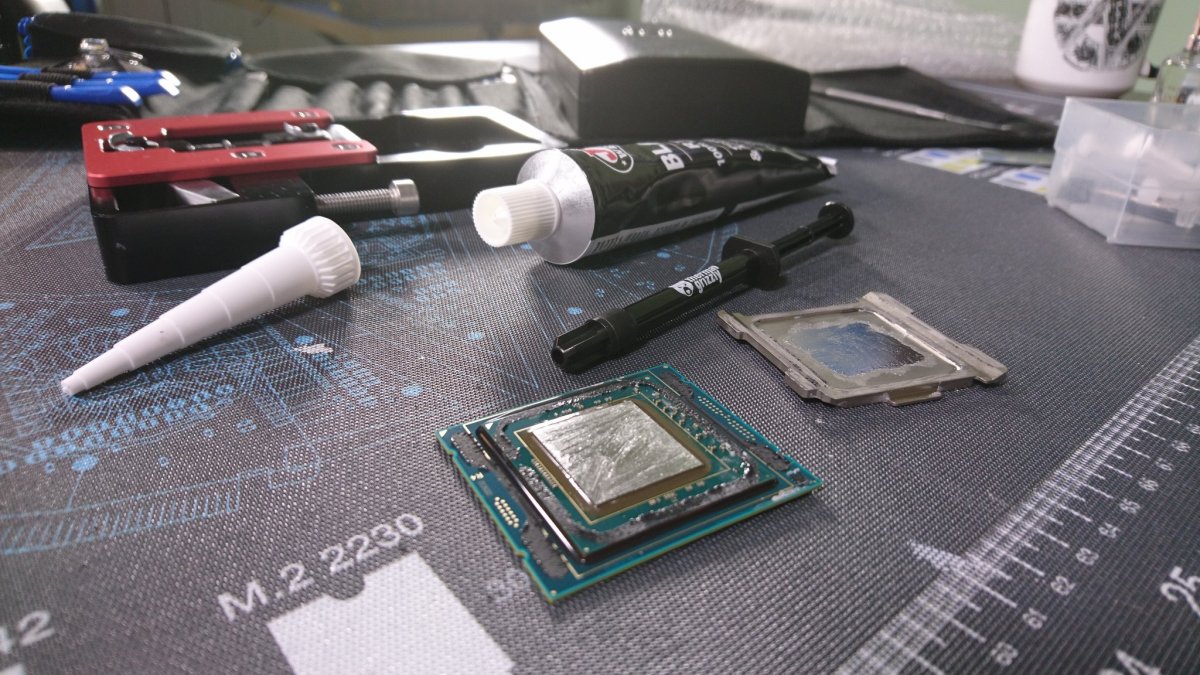 Just a quick update for everyone: We've got a major feature -- an end-of-year special that includes a short film (something we've never done before) -- going up tomorrow at around 9AM EST. That'll be sort of an end-of-year recap of a few key components, primarily those that disappointed us.

In the meantime, while we were playing one-day roles of directors and cinematographers, we've set to work on delidding another 7980XE. This will be our third delid of the 18C CPU, with another ~4~5 delids of lower-end CPUs from the past few months. Our previous delid was for Kyle of "Bitwit," which later led to our Intel X299 VRM thermal investigation of the ASUS Rampage VI Extreme motherboard's VRM temperatures. It was an excellent opportunity for us to explore potential sideshoot content pieces in more depth, and gave us multiple samples to build a larger sample size.

We're now up to 3x 18C CPUs delidded, and are collecting data on the latest for Ed from Tech Source. The delid just completed, and we're now in the resealing stage.

We've learned the following key properties for peak thermal performance with a delid:

This next delid should be done soon, and will go live on Tech Source's channel sometime thereafter.

As for our primary content, we've got a short film intro to tomorrow's video, and we're very excited to show it all off.