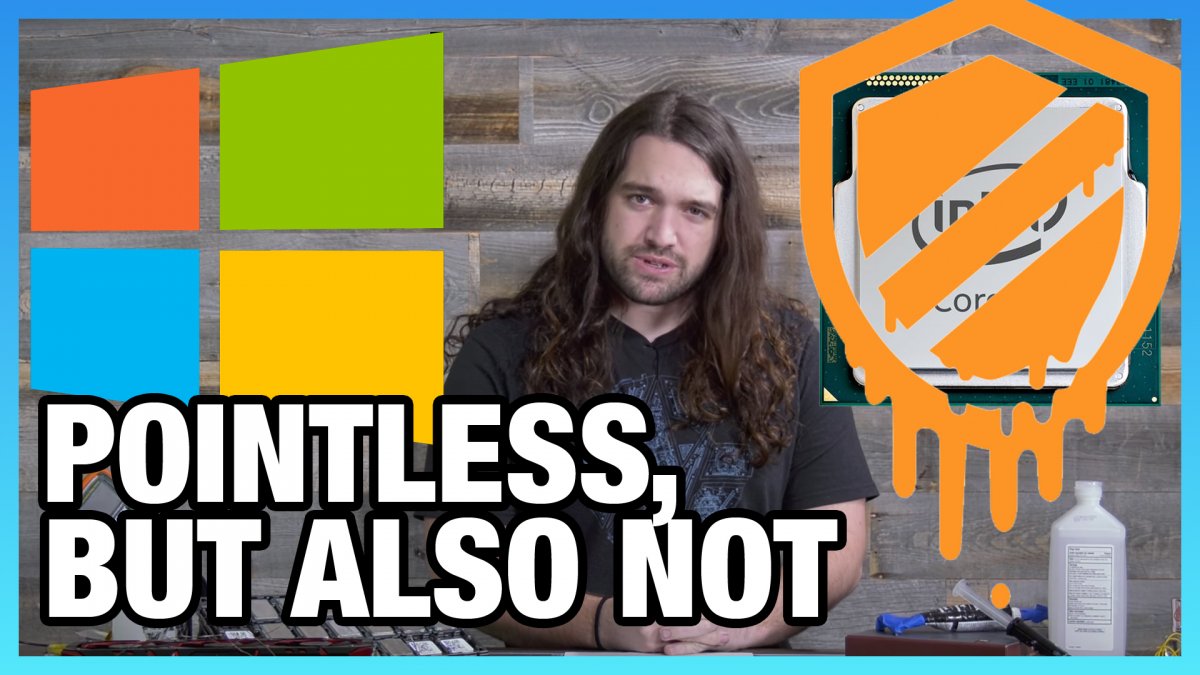 The firmware update and follow-up IHV/ISV updates are expected to be pushed on January 9th, Tuesday, on show start. We won’t be able to test them until our return from CES.

As for what can be extrapolated from this data, it’s not much. We’d suggest not running to reddit with sensationalized “zero difference!” headlines, because we’ve got (1) a small sample size, (2) a limited set of benchmark applications, (3) Windows update only, no ucode update. There is more yet to come, and more applications to be tested; as of now, a few applications have already shown performance degradation from the Meltdown fix, which is known to add latency to processing. This is largely indisputable. The extent to which these patches impact most users, however, must still be researched. Most of that will wait til post-9th. We’ll establish the baseline today.

NOTE: THESE TESTS ARE NOT COMPARABLE TO PREVIOUS BENCHMARKS. WE ARE USING DIFFERENT HARDWARE AND SOFTWARE.

For Cinebench, we observed a score of 198 for single-threaded performance across all tests, with differences inside of margin of error. We also observed roughly equivalent performance for the multithreaded test, also inside margin of error for this particular application.

Firestrike had our FPS scores as on this chart – again, no change. Not even close to a change outside of margin of error.

Blender 2.78a had us at 42 minutes render time for the GN Monkey head test, which is equal between both Windows version tests. We also observed 37 minutes for Blender 2.79 and the monkey heads, or about 47 minutes for the GN logo render. No change, even on this wide timescale.

As for a few games, we saw no appreciable difference in Ashes of the Singularity, where we measured differences within margin of error. Don’t go running to reddit with this 1FPS difference, claiming that one is faster than the other – they’re within test variance. They are functionally the same.

Watch Dogs 2 also proved equal: The differences were functionally 0 – literally 0, in the case of AVG FPS, and nearly 0 in the case of 1% and 0.1% lows.

Finally, Civilization VI time to complete turns is also about the same, at 17.76 to 17.8 seconds per turn. This is within variance – our difference is 4 hundredths of a second.

See the start of the article, basically. All this tells you is that, with our specific configuration, with the specified patches tested, with the specified applications, you can expect a near-0, within-error change in performance on a 7700K. What we do not know, of course, is (1) impact to other applications from the Windows patch, and (2) the impending microcode change’s impact. Further, we do not know the difference between other Windows update changes and the Meltdown emergency fix, as Microsoft pushes more than one change per update. We cannot isolate them for testing.

That’s all for now.

See you at CES.