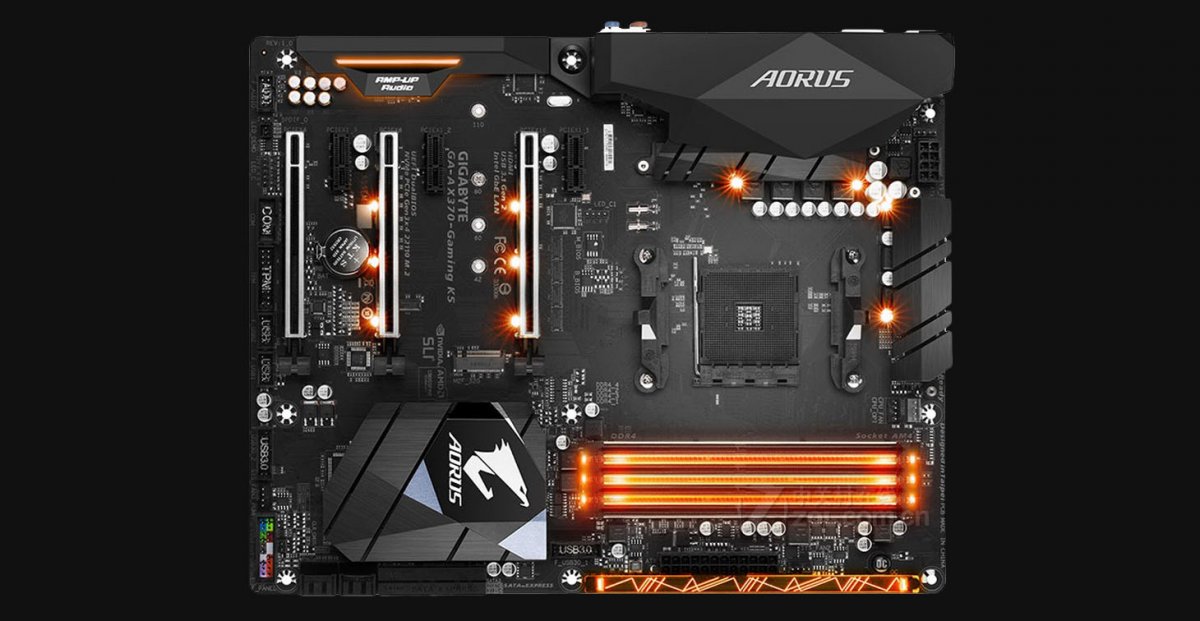 Even when using supposed “safe” voltages as a maximum input limit for overclocking via BIOS, it’s possible that the motherboard is feeding a significantly different voltage to the CPU. We’ve demonstrated this before, like when we talked about the Ultra Gaming’s Vdroop issues. The opposite side of Vdroop would be overvoltage, of course, and is also quite common. Inputting a value of 1.3V SOC, for instance, could yield a socket-side voltage measurement of ~1.4V. This difference is significant enough that you may exit territory of being “reasonably usable” and enter “will definitely degrade the IMC over time.”

But software measurements won’t help much, in this regard. HWINFO is good, AIDA also does well, but both are relying on the CPU sensors to deliver that information. The pin/pad resistances alone can cause that number to underreport in software, whereas measuring the back of the socket with a digital multimeter (DMM) could tell a very different story.

Also critical to today’s story is the understanding of what a “safe voltage” is. When manufacturers, media, and overclockers provide guidance of “safe voltages” for 24/7 use, they may be referencing different numbers. For instance, suppose GN recommends a safe Vcore of 1.4V for 24/7 on Processor X. In this instance, we have not clarified what “1.4V” means – it could mean 1.4V going into the CPU, period, as measured in the most accurate way possible (e.g. DMM to the socket). It could also mean 1.4V input into BIOS or UEFI. We might mean 1.4V as read through HWINFO or AIDA. Without that specificity, the best to hope for is that all of these numbers are reasonably close. That’s partly on motherboard makers to achieve through LLC tables, but there will always be some disparity. What matters most is that the disparity between actual Vcore (in this example) and input Vcore isn’t great enough to seriously damage anything.

When we talk damage with parts, we’re talking long-term degradation. Some easy examples would be the System Agent voltage for Intel CPUs (VCCSA); increasing VCCSA to, for example, 1.4V is inadvisable for modern platforms, and will inevitably damage the IMC. For AMD, we might instead talk about SOC voltage – that’s our topic today. Increasing SOC voltage beyond recommended settings, discussed below, would have the effect of damaging the IMC and the APU GFX component’s overclocking ability.

Over time, a degrading IMC may require more voltage to keep the same memory/GFX frequencies, or it might just lose that frequency altogether, forcing the user to downclock. Outright failure doesn’t happen at voltages close to reason, but will instead manifest over a period of months.

Of course, the other side of this is the ability to kill a motherboard, which we already demonstrated here.

For testing, we first determined where to take socket measurements by finding a corresponding capacitor to the SOC VRM. We then took live measurements of the SOC voltage at the back of the socket, which we compared versus HWINFO and Ryzen Master or BIOS settings. Some of this is shown in the video.

Here’s the dangerous one: At 1600MHz and with Extreme LLC, we configured 1.2V SOC and 1.2V GFX, and read out 1.35V SOC via DMM. If you were relying on HWINFO, you’d think you were only at 1.29 to 1.3V, which are sort of acceptable, though pushing it. Not really acceptable on this motherboard, mind you, but conventional wisdom would suggest that 1.25V is OK for most APUs, according to some of our motherboard contacts. This board isn’t really meant to push this high, but that’s beside the point. The point is that these voltages – 1.2 on each – degrade the IMC over time. That was with Extreme LLC, though. Let’s dial back to auto, since that’s what most people use. Even with Auto LLC, a 1650MHz clock was held with a 1.2V SOC and 1.3V GFX voltage. In reality, these numbers equaled 1.37V and up. In other words, hope you don’t need a memory controller for very long.

The MSI B350 Tomahawk is next. This one sometimes had Vdroop, but not always. We also noticed APU GFX Voltage didn’t seem to do anything on this board. It was all driven by normal SOC voltage. Going for 1600MHz with a 1.2V SOC and 1.2V GFX allowed the frequency to hold, using auto LLC. The DMM output was 1.245V, while HWINFO reported 1.18-1.2V. Increasing GFX voltage to 1.3V did nothing, and did not change the voltage readings at all. Going to 1650MHz at 1.3V SOC had us reading 1.35 via the DMM, but HWINFO had us reading 1.27 to 1.3V.

Finally, the Gigabyte Gaming K5 seems to push voltage more heavily than other boards. This isn’t inherently a fault with Gigabyte’s motherboard, it’s just that users need to be aware that the behavior on this board is different from the MSI and ASUS boards, which means that following a guide for a different motherboard could easily have you inputting unsafe voltages.

This is where we realized that Gigabyte was being more aggressive than MSI – again, that’s not a fault of either, just a behavior. We dropped to 1.15V GFX input voltage, which resulted in a 1.25V DMM reading. As you can see in this table, 1650MHz was held with an input number of 1.1V SOC and 1.18125V GFX, resulting in a 1.28V SOC voltage as measured at the socket, but 1.1V via HWINFO. The takeaway here is that the Gigabyte board only required us to input 1.18V for GFX to get 1.3V out, whereas the MSI board would require a 1.3V input to get roughly the same out. The ASUS board would require 1.2-1.25V to get 1.3V out. These are behaviors that you need to be aware of on the motherboards, and they are somewhat unique to each board.

The main take-away here is that establishing a “safety” voltage is important, but ensuring that the voltage provision actually equates the safety input is more important. If we’ve decided that “1.3” is safe for SOC, it’s not good enough to just stop incrementing voltage once BIOS reads “1.3.” There needs to be another check.

If you ask us, we think decent overclocks are achievable with 1.2-1.25V SOC going into the socket, and that more than that isn’t really necessary, anyway.

For additional information on this topic, please check the embedded video above.