We’re at PAX West 2018 for just one day this year (primarily for a discussion panel), but stopped by the Gigabyte booth for a hands-on with the new RTX cards. As with most other manufacturers, these cards aren’t 100% finalized yet, although they do have some near-final cooling designs. The models shown today appear to use the reference PCB design with hand-made elements to the coolers, as partners had limited time to prepare. Gigabyte expects to have custom PCB solutions at a later date.

The cooler present was the “Gaming OC” model, a triple-axial fan cooling solution that aims to leverage some of nVidia’s new push for asynchronous fans. This push by nVidia follows EVGA’s ICX cooling solution, which introduced asynchronous cooling for various PCB zones with the 10-series, and is technically patented. Regardless, Gigabyte’s models appeared to use reference PCBs, with a VRM split half-way between the left and right of the PCB. On the I/O-side of the PCB, a few inductors sit under an isolated fin stack (presently with no connecting interface, but that will likely change), while the right-side houses the rest of the VRM with direct contact. There are three separate fin stacks on the card: One is above the GPU, one is above the left-side VRM components, and one is above the right-side VRM components. We spotted a set of three heatpipes on the I/O side, with four heatpipes visible on the other side of the card. 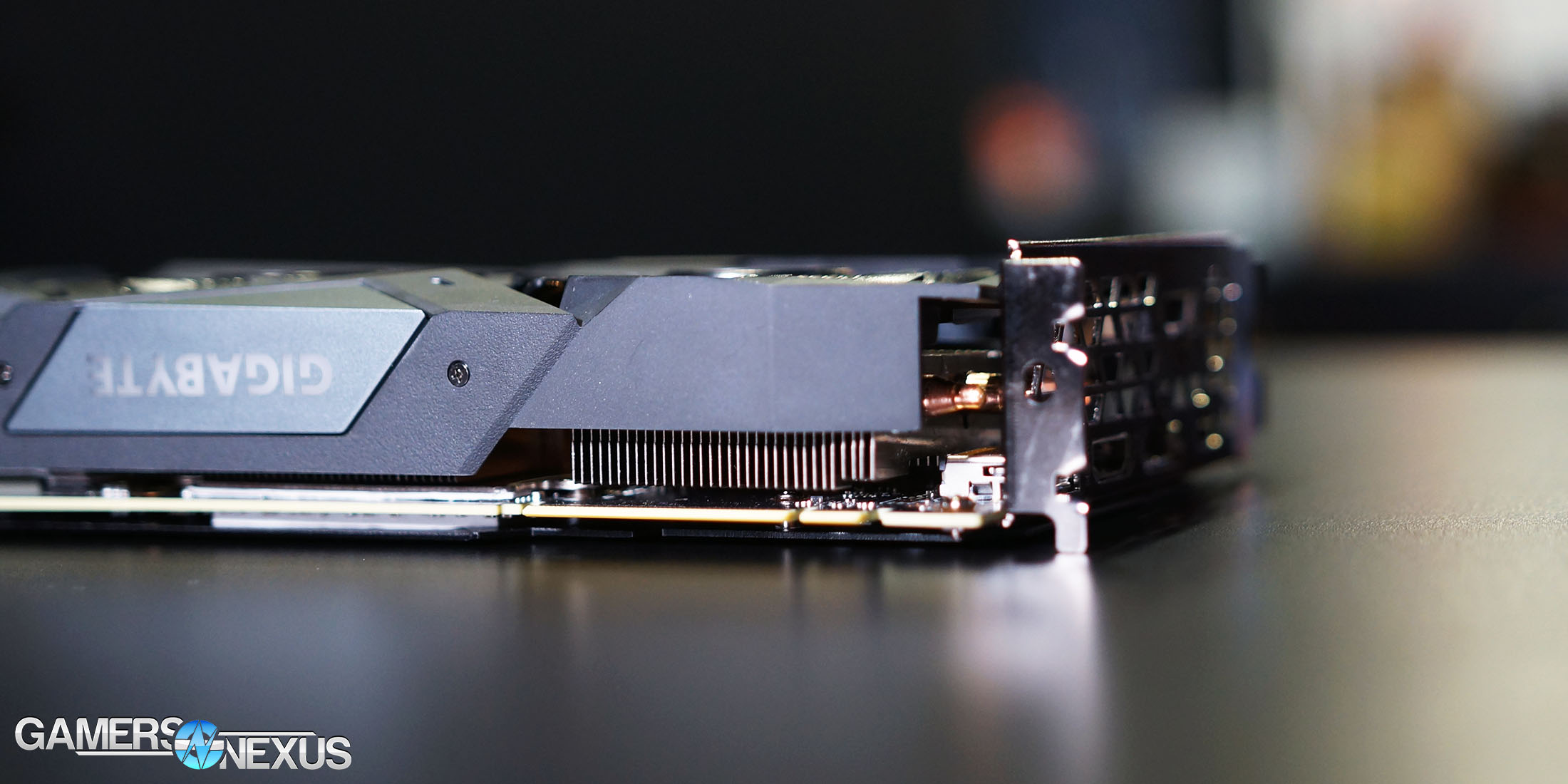 For cooling, a direct contact plate touches the GDDR6 memory via a thin thermal pad (~0.5-1.0mm), with the plate terminating at the GPU coldplate. The right-side VRM is contacted via thermal pad and a separate metal plate from the baseplate, eventually terminating in a semi-isolated fin stack that is connected to the rest of the cooler via heatpipes. Gigabyte’s backplate is also connected via thermal pads (behind the memory and VRM), which can help to dissipate some heat, but is also not crucial to cooling.

We’ll have more coverage of these cards as launch approaches.