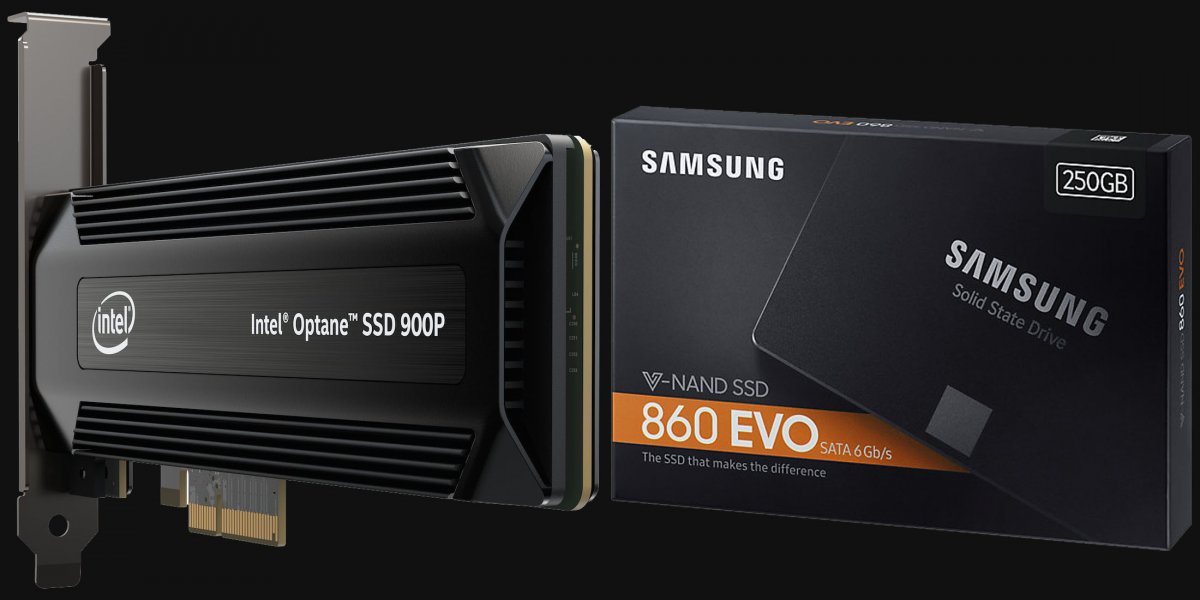 Changes to the SSD Industry in 2018

This year has set some interesting trends for the SSD market. 64-layer 3D NAND is still the standard, and the best drives are using it. Drives using 32-layer NAND aren’t worth considering anymore. That said, 64-layer NAND is set to be supplanted by 96-layer NAND in 2019, as manufactures are ramping-up capacity and new production lines.

On that note, increased production has brought SSD prices down considerably in recent months. Some SSDs in the 500GB – 1TB range have seen new lows, and year-end deals should make those prices even more attractive.

We’ve also seen QLC NAND enter the market, most notably from Micron. QLC promises to bring price and storage parity with high-density HDDs, and further push mechanical drives out of the client PC space, but that will take some time yet. Thus far, only a couple QLC drives have made it to market, and they’re not even that competitive with TLC-based drives, much less HDDs.

SATA drives are still relevant, and we’ve even seen Samsung refresh their venerable 850 Evo with the new 860 Evo this year. That said, SATA is still a legacy interface, and lower cost NVMe drives are closing the price gap. Additionally, SATA drives hit the SATA performance ceiling a long time ago, and NVMe drives further eclipse them in performance.

A few years ago, these two interfaces effectively drew a line between consumers: Those for which money was no object could afford to live on the bleeding edge of storage technology, for the rest, SATA III was the obvious choice.

Today, the same isn’t true. The NVMe market has widened to the point that we’re seeing both budget and high-segments for these drives now. Budget NVMe drives come with a caveat, though, as many have pared down controllers and NAND channel configurations. For instance, some cheaper NVMe drives only use two PCIe lanes, rather than four.

Additionally, most consumer NVMe SSDs still adhere to the M.2 form factor. This means being sure you have adequate M.2 slots on your motherboard; if you’re on Skylake or Ryzen era hardware onward, you’re likely in good shape.

Also, be warned that just because you have an M.2 slot, it doesn’t mean it’s PCIe x4. Many older M.2 slots are SATA. Be wary of heatsinks, as they usually don’t translate into any real-world performance difference and are usually only for aesthetics.

To get the most out of an NVMe drive, you need to be able to boot from it—that means BIOS support. Older motherboards and BIOS versions won’t support this feature, and at this point, probably never will.

Our recommendations below have taken all these into consideration, given their price and class. 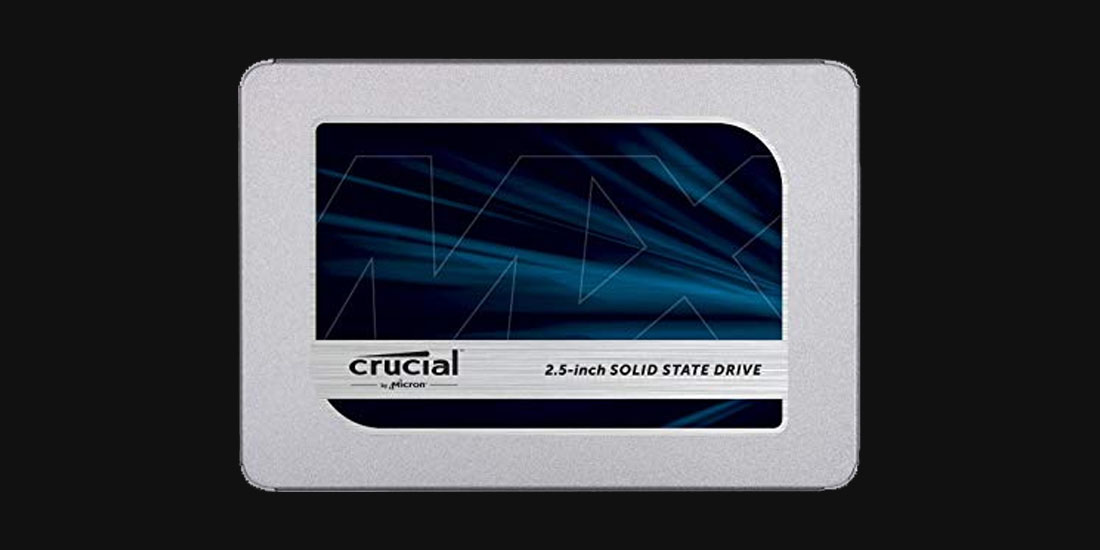 The MX500 250GB blends real-world speed and price nicely and is on par with Samsung’s older 850 Evo. For those looking for a low-cost entry into SATA based SSDs, the Crucial MX500 250GB doesn’t make many compromises for around the $50 mark.

Alternatively, the Crucial BX500 120GB can be presently had for less than $30 -- but you shouldn't buy it. The Crucial BX 500 series is a successor to the Crucial BX 300 series, which landed on our list last year. It's not a great drive as it uses QLC NAND and is without DRAM, but to get a full picture of the cheapest offerings, we wanted to note its existence. It'd be better to buy the next class up, though, as at this point, you're not getting much that's worth it. The BX500 serves primarily to illustrate how much of an upgrade an extra $30 gets you.

Samsung 860 Evo 500GB: Samsung’s 850 Evo debuted in 2014 and has since become one for the more vaunted SSDs available. Earlier this year, Samsung trotted out their successor in the 860 Evo. While not unanimously faster than the 850 Evo, the 860 Evo transitions Samsung’s most popular consumer drive to 64-layer 3D NAND. Samsung’s Evo drives continue to offer advantageous performance in the consumer space, in that these drives excel at low queue depths and burst speeds, rather than sustained reads/writes. 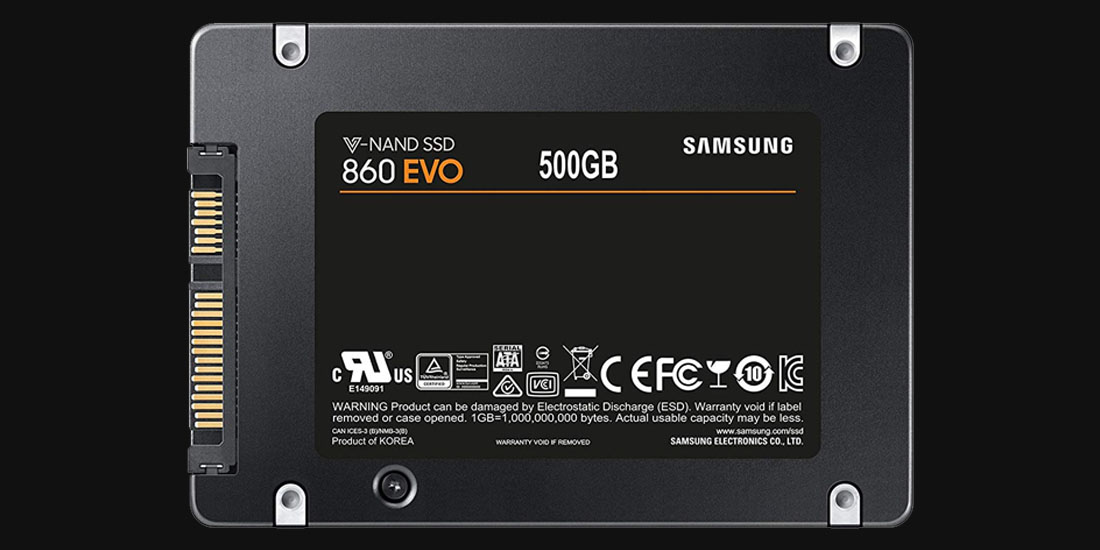 Samsung has also improved energy efficiency and NAND endurance, thanks to their new 64-layer NAND. Samsung also continues to offer their popular software package and support for TCG Opal encryption and Microsoft’s eDrive for use with BitLocker.

Outside of heavy workloads, Samsung’s 860 Evo should serve well as an everyday drive for media, gaming, and other storage needs. Finally, at $73, this is a record low for the 860 Evo 500GB.

The Adata XPG S11 is well suited for professionals, prosumers and enthusiasts alike. Whether it’s content creation, gaming, or just fast storage, the Adata XPG Gammix S11 should provide throughput and performance to satisfy most users—with aggressive pricing to boot.

Intel SSD 660p 512GB: This segment didn’t use to exist, but the NVMe SSD market has been shaken up, especially with the arrival of QLC NAND, and Intel’s own QLC based 660p is our choice here. 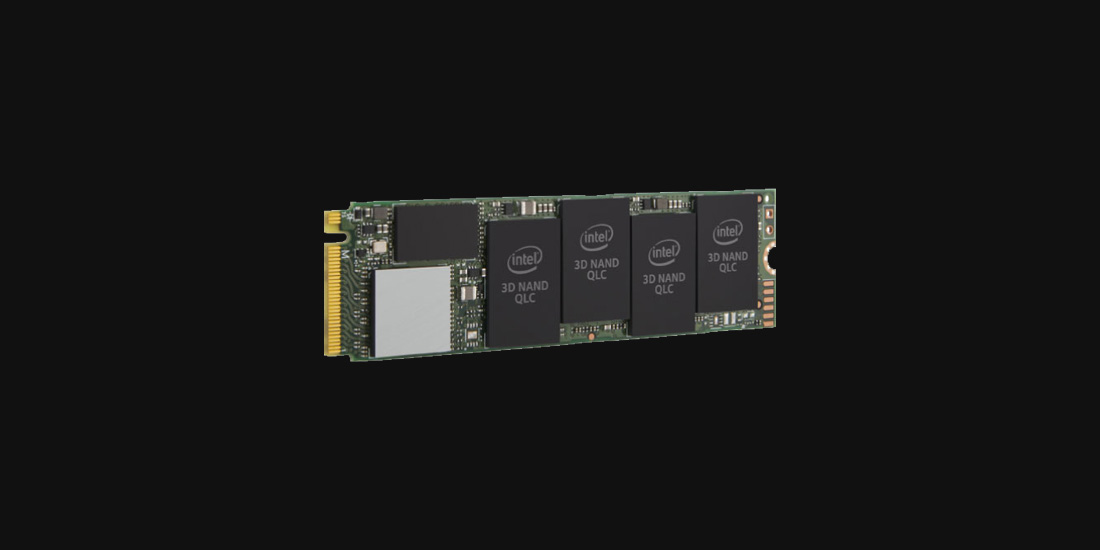 While QLC isn’t beating mechanical storage at price per GB yet–or even TLC, for that matter—it does do two things: QLC makes entry-level NVMe drives viable and affordable and increase the affordability of future 2TB SSD options. There is a tradeoff between endurance and density with QLC NAND, but we’re hopeful that will improve as the memory matures.

As for the Intel SSD 660p 512GB, the drive offers capacious PCIe 3.0 x4 storage for less than $100. It also offers compelling power efficiency and solid performance for non-production workloads. For production heavy users, aim for a card with higher endurance ratings. Either card in our above Best NVMe SSD category should be fitting.

Samsung 860 Evo 1TB: This is also a new category, as 1TB drives are becoming increasingly more affordable. So far, SATA drives are the best value when looking for most storage for the money. 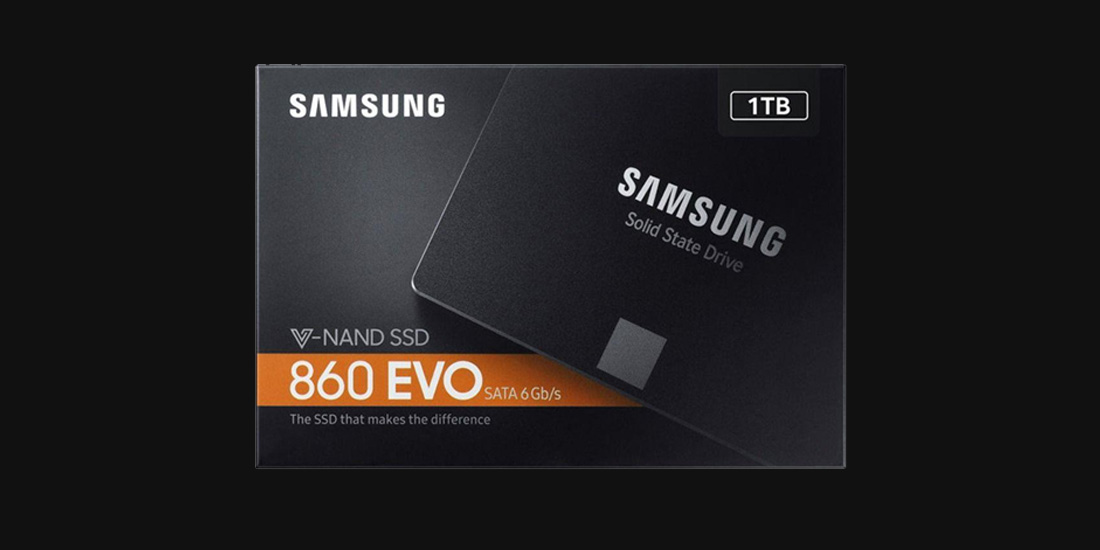 At $128, the Samsung 860 Evo 1TB is perhaps at the lowest price we’ve seen a 1TB drive. The 860 Evo 1TB isn’t unlike the 500GB model we’ve listed above; power efficiency, leading endurance, real-world performance, and a 5-year warranty make this drive hard to beat at the current price.

That said, competition is coming in all directions. Crucial has their own MX500 TB that offers similar performance for ~$140. The deal breaker here will likely be which ever drive sees the deepest discounts over the holidays. 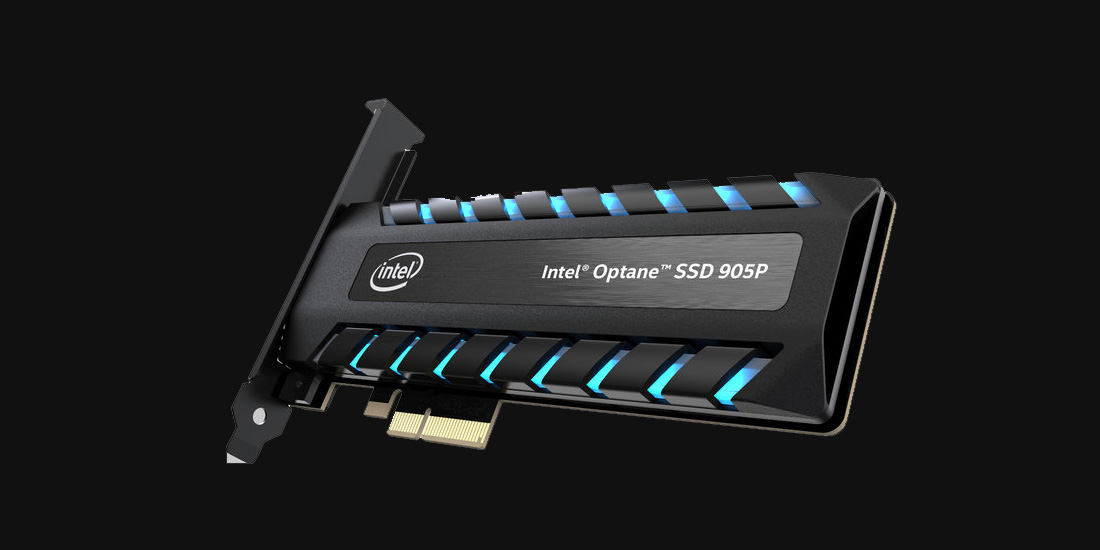 Intel Optane 905p 960GB: Last year, we awarded the Intel Optane 900p as the most innovative SSD for its performance, leading endurance and implementation of 3D XPoint memory. Not much has changed here, and Intel has come back to compete with…themselves.

If money is no object, and the fastest storage currently available is a priority, meet the Intel Optane 905p. Granted, this isn’t a drive for everyone. In fact, it’s a drive for very few; the $1,200 price tag sees to that. That said, the technology is impressive, to say the least.

The Intel Optane 905p especially excels in the realm of mixed workloads and low queue depths, which is what most users deal with most, and make for the snappiest performance. It is also the only SSD to offer endurance in petabytes.

For professionals needing workstation-class storage, transferring large amounts of data, waiting hours on workloads to run, or want an exotic SSD to pair with their equally exotic CPU, the Intel Optane 905p sits at the top of that stack—only challenged by Intel’s own 900p.

That's it for this one. Check our Buyer's Guides for listings of other components during these holiday sales.