SSDs Heavily Impact Seamless Gaming - Do You Need One?

With no end to the spindle drive price hike in sight, hardware analysts have pointed toward growing action potential for solid state drive price reductions. The question, then, is whether or not gaming machines utilize SSDs -- several of our forum users have asked "is an SSD worth it?" or "should I get an SSD?" lately, and having done some minor bottleneck performance calculations, GN hardware editor Patrick Stone and I have some great (demystified) answers for you (and a TL;DR at the bottom).

The term 'SSD' has a single, basic principle that is upheld universally: it doesn't have moving (spinning) components; however, SSDs do vary by means of connection interfaces (there are PCI-e and SATA III variations), reliability, and overall performance, of course. This article will look at the impact of budgeted SATA III solid-state drives on gaming, primarily the $100-$150 range. Let's start with some flowcharts for ease of reference.

As demonstrated in our fancy chart above, the speeds are broken down once again below in order of transfer rate:

This paints a very clear picture, not that we gamers are much of painters, but the point is still valid: the 'average' SSDs are nearly ten-fold faster than traditional HDDs (there are much faster SSDs, of course, but the price skyrockets). These charts attempt to equalize for HDD inflation.

Whatever, it's faster -- will I notice an SSD when gaming?

It's clear -- 40MB/s is slower than 300MB/s. Everyone here knew that to begin with. The pertinent question, though, is whether or not that 10x increase in speed will actually increase gaming performance. The short answer is "yes."

If you've ever noticed a tick or hiccup when sprinting around in Skyrim or other open world games (and even large FPS games, like Battlefield 3), this is caused by your system loading up new graphics or modular components for a cell (effectively a 'zone') that you just entered; the transaction that occurs requires the HDD to retrieve the cell-specific data, then normally utilizes the graphics processor to display it on-screen.

An SSD will decrease that hiccup by just enough to make it unnoticeable -- it acts as the difference between a seamless experience and a staggered one. To quote GN Hardware Editor Patrick Stone, "a few seconds when loading can be enough to stop and think, 'Hey, I'm playing a video game right now,' versus complete immersion." He's correct: if you can chop your loading time in Skyrim down from seven seconds to two or three, it's barely even noticeable. Furthermore, loading textures while traveling in game (when dumping and retrieving an entirely new zone is not required -- such as going from outside to inside) could potentially be decreased so significantly that the 'hiccup' is spotted almost never. 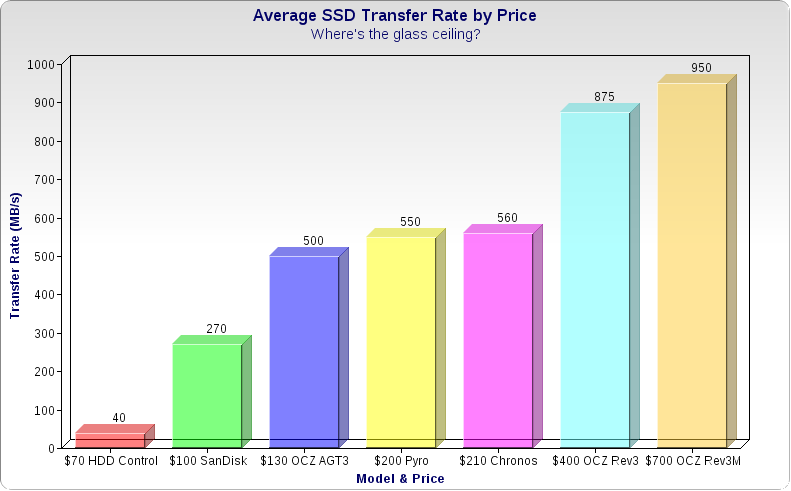 Every texture (especially those massive texture packs we used to beef up Skyrim), every 'zone' you go through, each cell, model, object, background image, or other stored graphics and calculations/transactions are accessed through the hard drive (sequentially -- these must go through all devices in a specific order, starting with the CPU and typically ending with the GPU). The request for the texture speeds through the pipeline down to retrieve that texture in the HDD, which then acts as a chokepoint (or bottleneck), slowing the transaction down to somewhere in the range of ~40MB/s from the memory's peak transfer speed of 12.8GB/s. That's gigabytes to megabytes.

The massive bottleneck here, of course, is the spindle drive itself. While the SATA III interface can support nowhere near the speeds of the CPU, memory, or GPU (holy mother of the spaghetti monster, they're fast now!), the interface is still significantly faster than all comparable HDDs and many affordable SSDs; PCI-e SSDs exist for those wishing to purchase even faster ones still, but we're going to leave those out (at least for now) with an eye on the price.

But shouldn't I put that money toward a better video card?

The question of whether an extra $50 to $100 should go toward a video card or CPU upgrade is a popular one, and it depends largely on budget. Here's the simple answer: on a budget of $800 or more, you have very little reason to upgrade your CPU or GPU any further before upgrading your SSD - and the reasons that do exist are specific, so ask below if you fit in one of those categories. Your HDD will bottleneck your system so heavily that GPU and CPU upgrades start to hit a glass ceiling at one point or another, and while newer GPU and CPU technology is something we recommend, simply 'faster' variations are not necessary. Besides, GPUs are easy to upgrade at a later date and an extra $50 won't often buy you a better CPU (you can't really get much better than an i5-2500k in the ~$800-$1000 range).

If you're building our $430 budget build, though, it'd be in your best interest to save the SSD for a later date. It simply doesn't fit the budget and the other components should be invested in first -- primarily an upgraded CPU from an X3 to X4 or i5.

You probably get the point by now, enough text - right? First off, please comment below if you require assistance or post in our hardware forums for active support. We are here to help you. That said, here's the promised TL;DR:

TL;DR: SSDs on average are nearly ten-fold faster than spindle-based HDDs (300MB/s vs. 40MB/s) for an affordable ~$100-$120. SSDs will be the difference between a completely seamless and immersive gaming experience and one with tiny loading hiccups when textures are dumped and retrieved. $800+ budgets should absolutely get an SSD. The only immediate downside is storage capacity.