Video Guide: Test a Power Supply with a Paperclip 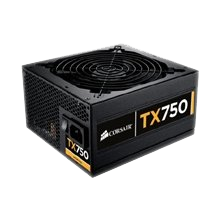 It's time to put that bastard Clippy to work. If you've been wondering where he found work after Office no longer had a need for him, it's here: Testing power supplies.

After our video on how to replace a CPU heatsink fan, I immediately went to work on the next video: We'll be testing a PSU without plugging it into anything else today. You can simulate a connection by using a paperclip to bridge the green and one of the black wires in the 20+4 pin connector. Watch the video for full details.

Here's a quick guide of how it works for those that can't view the video at this exact moment:

The beauty of this is that you don't need to hook it into a computer. It also helps isolate issues when troubleshooting - it doesn't definitively test a PSU as good or bad (nor is it meant to), but it does help figure out if a power failure or startup problem is a result of the motherboard, PSU, or something else.