Kingston: "RAM is a Commodity"

After talking with ASUS about their success (and how easily it apparently comes to them), we decided to launch our new series of interviews with all the various gaming hardware vendors out there; it's a great way to learn about a company's merits and determine who's behind the components, what personality the company has, and how trustworthy their products are.

For this issue, we talked with Kingston about SSDs, RAM, their testing methodology, e-sports, and their "startup mentality."

We spoke with David Leong - with whom we worked on the HyperX 3K SSD review in the past - and Danny Ordway of Kingston; the duo started us with a history of the company, but quickly moved into the state of the industry and their growing involvement with gaming.

A lot of Kingston's aggressive and competitive attitude can be attributed to their mobility as a private company: The group was born from the chaos of the 1987 "Black Monday" stock market crash, resulting in a fierce "go get 'em" decisiveness. With IBM supplying nearly all of the memory modules in the time at -- get this -- several hundred bucks a pop, Kingston offered highly-competitive prices and aimed to make a name for themselves in the computing marketplace.

David Sun, one of the founders, has told stories of Kingston's creative approach to generating an official external appearance in the early days. Small companies can have the most competent developers on the planet, but that doesn't change the difficulty of getting noticed -- "When Kingston was just a startup trying to gain footing in the memory industry - when there were important clients coming in for meetings - it was common for [in the 80s] the two owners to hire family to give the appearance that Kingston was a big company," Leong told us.

"We have a very 'startup mentality' at Kingston," seemed to be a recurring theme about the private company, "RAM is a commodity, so we have to adapt quickly to market conditions - we have market planners in the US who monitor the industry [who are complemented by] planners in Taiwan who work when it's 'after hours' for us" David Leong explained that the company's founders have opted to forgo offices and inhabit cubicles in the middle of the sales floor, similar in intimacy to how many of the close-knit game companies operate (like Epic, as we've learned). This open approach allows anyone to speak with either John (Tu) or David. It comes down to flexibility, and despite having serious marketshare, Kingston is able to somehow retain its frontlines activity in gaming hardware and performance computing.

Kingston's intense test process - which is done in Taiwan, China, and the U.S. - focuses on testing at multiple levels (all the way down to the wafer in some situations) and eventually leads to the modules we receive; a 24-hour burn-in process stress tests prospective server memory modules in a way that simulates a 3-month "field life," done by heavily-fluctuating temperatures and simulating real-world conditions. Speaking to the reliability of their products, we were told:

"We purposely stress our server memory to try and eliminate bad modules so our customers don't have downtime. We cannot afford to have that happen to them. When we test on the chip level, the intent is to discover bad chips early before they become a finished module."

"During our binning process, the highest performing chips often get allocated to the HyperX line. It's our normal business practice to assign 'hot' chips to go into our high-performance memory line."

Kingston's lifetime warranty was detailed in our Hardware Warranty Comparison guide, which further backs up the company's dedication to reliability (though nothing quite compares to NZXT's PSU cross-shipping warranty). 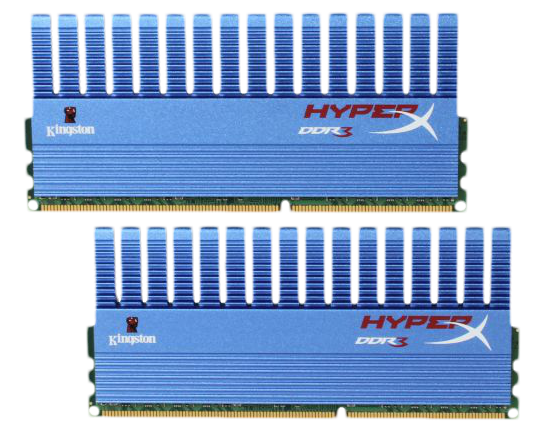 Anyone following Team EG on Twitter has heard of their involvement with Kingston, who have made an effort to be present at major gaming tournaments (PDX LAN and Intel's LANFest come to mind) and gaming conventions like PAX East. "We're really appreciative of the support from the gaming community - especially e-sports. It's just ... cool to be associated with Team EG. We care about e-sports and gaming, so we try to be there to help out in any way possible," Leong said.

Kingston mentioned that anyone interested in e-sports and their community involvement may want to check out their social media page, where contests are constantly being run to improve interaction between the company and the gamers.

The approach Kingston takes to their HyperX line is really quite humanizing -- it turns a non-human, private corporation into a relatable entity, and we're OK with that. Kingston HyperX, NZXT, ASUS, Sapphire, MSI, and Intel have all made huge efforts to integrate into the gaming world, and as sponsorships spread to teams like EG and TLO, we can see the expansion of e-sports and growth of PC gaming accelerate accordingly.

It's good for the gaming ecosystem.

Kingston: Where driving a Bugatti Veyron isn't a big deal.

We've found that asking companies about team-building events and employee treatment is an important way to get a more 'organic' feel for the daily flow. Using an example, GN's hardware editor Patrick Stone brought up Google's zip line and friendly atmosphere; "We're not that cool," Leong joked, "but we do have a company bowling league, golf tournaments, fishing trips, and paid fitness classes." Kingston's Danny Ordway added, "We also run contests where fans can drive the owner's Bugatti Veyron... so that's kind of cool."

Have specific questions about Kingston's products or that you'd like us to pass on to them? Leave a comment below and we'll get them answered!