Hey everyone -- thought I'd do something a bit different. Rather than write a lengthy, highly-researched article (like the recent CPU cooler analysis and Star Citizen posts), I figured I'd take some time to share my upcoming project with you all.

I'm working on building my own mini-gaming HTPC that will serve as a DVR and console replacement; the primary objective is to consolidate the mess of boxes presently in the living room. The GN team is working to write a comprehensive guide on the subject of building a custom DVR / HTPC, but in order to do so, we must first make the journey ourselves. I'll be logging all of my progress regularly in quick updates, and once we've got all the kinks worked out, we'll post the full guide with all the necessary resources to do this yourselves. My hope is to save you all the challenges I will inevitably face by uncovering them myself.

Let's look at my current setup:

I aim to overhaul this extensively. I can't begin to list all of my plans, but to summarize what I'll be doing over the next few posts:

And if you're ready for one more list, here's the HTPC hardware I've purchased or acquired for this endeavor:

This isn't something I can just plug a regular keyboard into and be happy with—no, I've opted for the wireless route. I also needed a universal remote that could be programmed with the software I'm planning to use, probably XBMC or WMC or something -- I'm not sure yet -- so that was yet another expense. I'd need controllers as well, but I luckily already own many of those from years past.

TV Tuner / DVR Alternative: After much research and internal debate, I ended up going with this Hauppauge WinTV-DCR-2650 dual tuner. I almost went with a Ceton quad-tuner card, but read several reviews that were discouraging (primarily that it runs hot or that the company offers poor support).

Controllers (PC): Logitech gamepads - old ones, but they work (find the newer model here). I'll be using software to remap input for couch-friendly games. These will mostly be used for group play, as I'll stick to my gaming PC for the better single-person experience. I've always liked these and found them to be cheap and effective, so they're great for my simple purposes.

Controllers (Specialized): I'll be using some special NES / SNES USB controllers that were purchased for me as a gift—from ThinkGeek, if I recall—so these will be specifically to deliver the "original" NES / SNES experience without the requirement of destroying my actual controllers to splice USB connections.

I think that's everything. The HTPC software break-down will begin after I've fully assembled this hardware. I actually just sent back the APU and motherboard for RMA (the APU was hitting tJ Max and forcing thermal shutdowns), so once I've got those and the case at my door, I can begin the first steps of this project.

It's ambitious, but revolutionizing the setup will be well worth-it. I'm not planning to justify the purchase by saying it'll save money on the DVR or anything like that, I just want to play around with new hardware and software -- that's what's fun to me, so it's worth the investment. To those of you looking to build a cheap DVR replacement, you should be able to use an old system, add a remote and TV tuner, and then be done with it.

What I've Learned this Week: 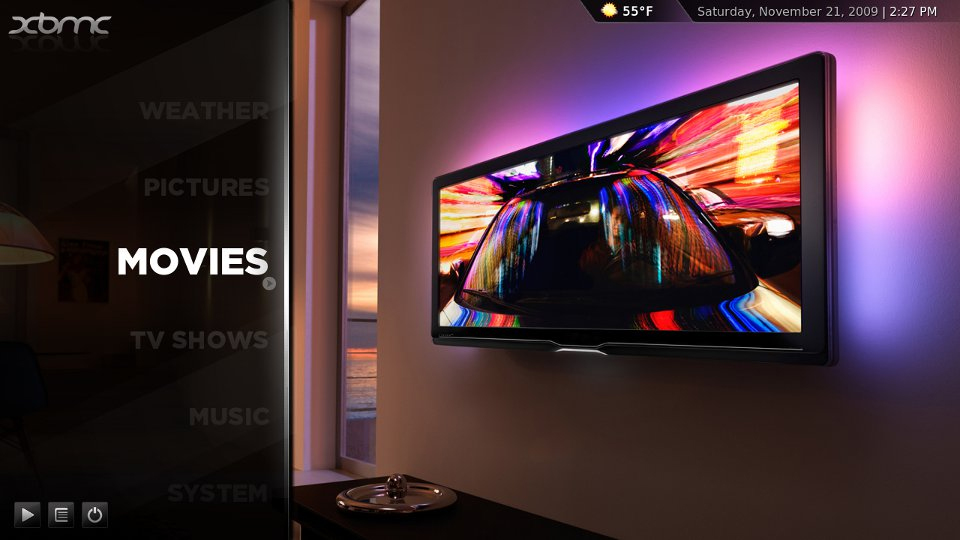 A sample of the software I'm hoping to try out: XBMC is a software solution that consolidates all of your media.

I'm resisting the urge to go full guide-mode on this post, but I promise we'll do one of those once I'm confident with the parameters of what defines a proper HTPC. I'll stick to a sort of loose "what I've learned format" for these simple blog write-ups.

This week was mostly investigatory. I called up my cable provider (TWC) and inquired as to what I'll need from them to ensure encrypted cable channels will still work with my new HTPC. For the unfamiliar, there are a few types of broadcast channels from your local stations: ClearQAM (this is in-the-clear and unencrypted, normally a few local channels), NTSC (analog, not really a concern for me), and encrypted QAM. The higher-up channels will be encrypted by the station, meaning you'll be unable to record them to your new DVR-replacement.

Cable companies will supply you with a CableCard (m-Card) so that your new TV tuner can decrypt the transmission and record it locally. CableCards seem to cost around $2 - $5/mo, but that's much cheaper than the DVR itself, so I'm fine with it. You'll also need a tuning adapter from your cable provider -- in my case, this was provided for free and is attached via USB dongle. Ensure the TV tuner you select is m-Card (or CableCard, same thing) compatible. It should be a narrow slot that vaguely resembles a PCMCIA slot, for those who remember that ancient format. You can install the CableCard yourself under federal regulation, but will still need to call the technicians to sync up the devices. For any of you who, like me, are stuck on TimeWarner Cable, this is the phone number to their CableCard support line (who have been very helpful to me thus far): 1.866.532.2598. Hopefully that saves someone the trouble of sitting on hold and waiting for someone who understands what an HTPC is.

TV Tuner devices will also ship with a set number of TV tuners. At a top-level, you can think of these as the tuner's processors. The more TV tuners you have on your card (or multiple cards), the more active channels your system can process. If you wanted to watch one channel while simultaneously recording another, you would need two tuners. You could also record both channels in this regard while still watching one. The Hauppauge box I purchased will chain with others, so if I like it, I may add a second in the future. For now, I'll partially rely upon the internet for shows I like (The Daily Show, for instance, is all uploaded to Comedy Central's website within 12 hours of the original showing -- this wait is more than acceptable and frees up an 11PM tuner slot). Hopefully that helps outline how they function.

I've also learned that it's very easy to go expensive or cheap with HTPCs. Mine isn't just a DVR replacement, though, it's a full gaming PC with DVR functionality built-in. Considering the APU/motherboard cost around $180 and the Hauppauge device was ~$100, you'll be in it at least $380 to mimic my configuration. If you do plan to go the Trinity route, you'll want 1866MHz memory as the GPU component is memory-bound (it does not have on-board memory like a discrete card does, and thus must communicate with system memory and will rely upon the system memory bus). If TDP isn't an issue, I'd also recommend the A10-5800k as it has significantly more gaming capabilities (~0.4GHz higher stock frequency, easily OC'd). If TDP is an issue, maybe look at the A10-5700 instead (65W vs. 100W).

I'm planning to replace the stock A10 cooler with one of NZXT's new Kraken units once we've received them, though they aren't here yet. Should be soon. That will reduce noise significantly as the A10 uses a pretty tiny and scream-y fan. I'll probably use low-RPM fans with magnetic / fluid-dynamic bearings for the actual case, but I'm going to wait until we receive one first.

Those who followed our recent budget PC post know that I've been struggling with thermal issues on the APU and motherboard. I suspect the VRM is bad on the board, but because I couldn't be positive if it was the APU or motherboard without having a duplicate on-hand, I've opted to RMA them both. I should be able to bench the A10 once I've received those.

Anyone have thoughts on this project? Anything you'd like me to research for you? General comments?

Let me know. I'd love to invite the community to join me in this undertaking by offering thoughts and questions!