The Best Mobile Games to Play on the Toilet

The final frontier of humankind's very existence has remained a locked door until the recent push by technology's newest powerhouse: mobile devices. Masses of mobile games made a splash when they dropped into the portable gaming scene, and with the worst of those games being flushed-out by user ranking systems, we can now ascertain what the best time-wasting mobile games are to play when mounted firmly atop thy throne.

After sleeping and eating, the next biggest non-gaming activity executed on a regular basis involves a visit to the porcelain dealer. You spend so much time in there anyway -- why not make use of it? Productivity at its finest.

Minecraft's Toilet Edition makes for a solid start, but to safely identify the composition of toilet-playable games, we need to first define some parameters: mobile games that make great squatting companions must be simple (you need to divert energy and blood elsewhere -- the brain isn't at its strongest, here), non-infuriating (getting angry may cause harder button pushing and, inadvertently, harder pushing in general -- no need to be remembered for this), and of optimal play duration. After extensive testing, we've designated the best toilet editions of games by play-time below.

Not every visit to The House of Lords needs to be an overnight stay, so it's important to have games that can be played with rapidity and then be dumped for later.

Nothing helps ease the process like a bit of visual stimulation. With your life dangling by the thread of a log-attached-grappling-hook, Ninja Rush is one of the fastest, most propulsive games available for speedy encounters with tile floors. Springing from platform-to-platform and slaughtering all who stand in the way gives that extra bit of motivation. 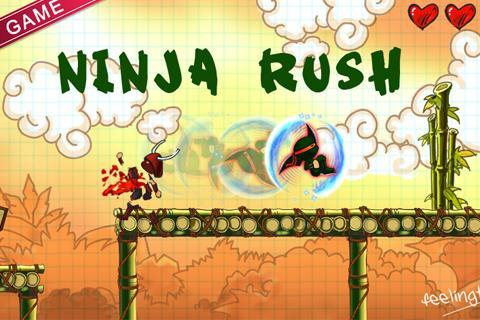 Hopefully First Blood isn't an objective you aim to accomplish in the bathroom.

Watching this tiny dragon try to achieve terminal velocity and escape its dragon cave is, well, inspiring. The controls correlate with your already-optimized push/release control scheme, holding the screen accelerates our ambitious dragon down slopes and releasing will launch him high into the skies. It's a quick-n-easy game to pick up and play and, perhaps most importantly, has a 2D physics engine that uses a small level of strategy. I know, I know - we told you to avoid 'thinking games.' Don't worry -- this one gets the bye since its strategy doesn't go outside of the pre-existing bathroom mindset. 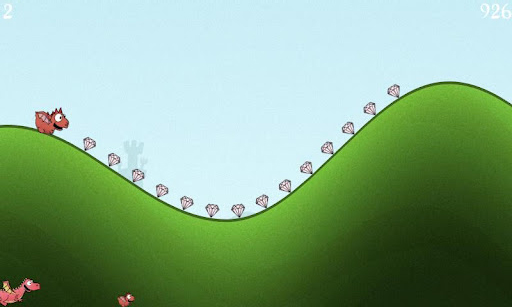 This stickman stuntman whips his tail around and provides that extra bit of distraction needed to pass the time when journeying to the library. Relating to its flash counterparts, StickMan BMX Stunts focuses on one thing and one thing only: Doing cool tricks and getting the most points. It might just be enough to keep a scoreboard in your own facilities. 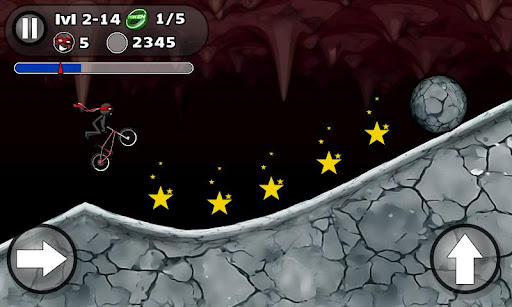 We understand: It can be tough to work up the courage to emerge from the stall after a particularly lengthy visit. The old strategy is to wait until the bathroom's occupants have cycled through (thus decreasing the chances of someone noticing your extended stay), but this can be boring and leg-numbing. That's where games come in. Well, for the 'boring' part, anyway.

Disclaimer: GN is not responsible for loss of circulation.

It doesn't get any easier than this. I'll defer to Age of Zombies for this one: 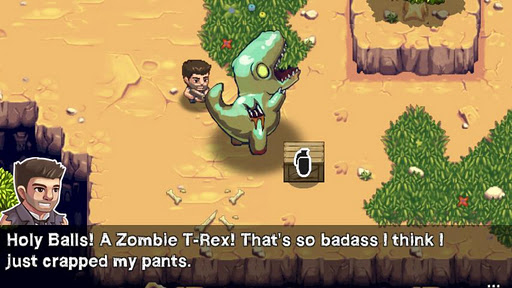 It feels somewhat like the Jurassic Park game for the SNES, but with a bit faster play. Kill zombies and zombie dinosaurs -- it's that simple.

Bazooka-firing stick figures intent on using explosive tactics to eliminate their enemies fits any bill. The battle between our split stick people has circled the drain for centuries, but that's where you come in -- under your guidance, it's time to crush those bad stickies. In this tower-versus-tower game, the compelling upgrade system enables persistence between visits to the scheissenhaus, supplying a time-attainable objective with an eye turned toward the future. 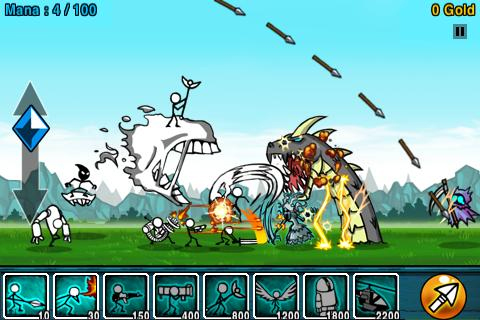 Disembodied mouths may be the last thing you want to think about.

Before the viability of phones as a gaming platform, visits to the corporate crapper were an undesirable loophole to the whole "do actual work" problem. No more!

Not happy with The Poo Poo Palace in your workplace? Build an imaginary kingdom in Dungeon Village (the only 'commercial' game on this list) and sustain a village in this persistent world. It's great for when getting up is more work than actually returning to, you know, work.

My throne, left, has a hidden compartment. It's not for treasure... well, I guess that's a word for it.

Download for Android here.
iOS doesn't have Dungeon Village, but it does have GameDev Story (Android version here, as well).

This one's a bit bloody -- we do not advise showing the graphic contents of this game to your bowels (or your boss). Spruce up the gray cubical walls with a bit of red paint in this somewhat-frightening murder optimization game. 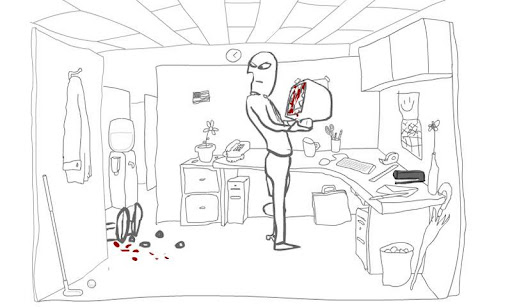 Download for Android here.
Too gory for iOS. Try this not-nearly-as-satisfying alternative.

Think we missed a game? There are thousands (if not hundreds of thousands) of great mobile games out there. Let us know what you like to play in the comments below!

Yep. There goes our class.