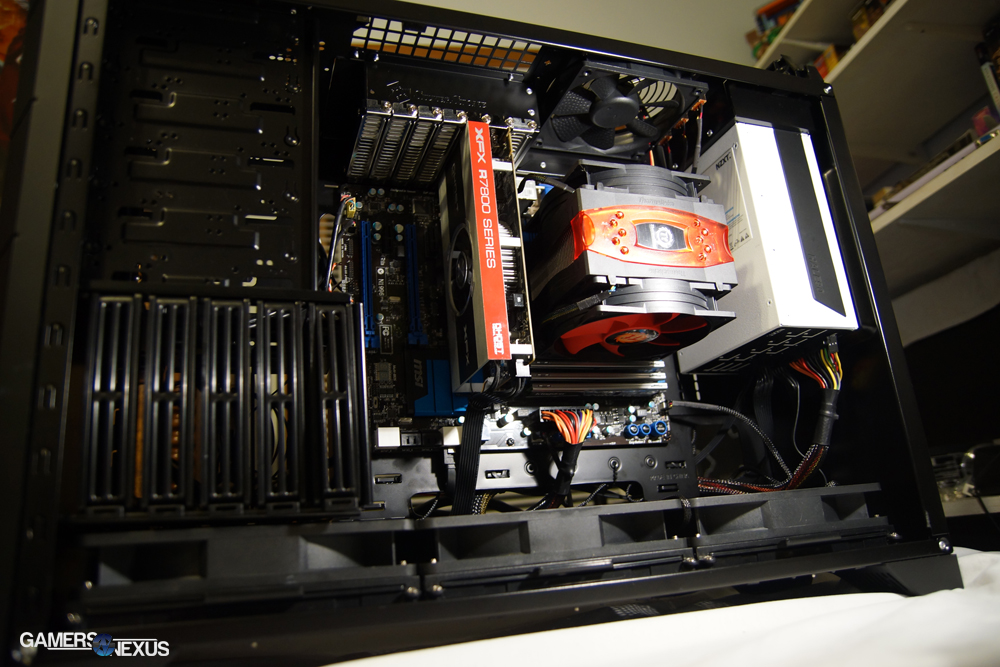 The following section will be entirely dedicated to objective performance data. You'll find our testing methodology immediately below, followed closely by a case vs. case benchmark / airflow analysis.

All of our testing is conducted in a temperature-controlled environment. Ambient is between 21C and 22C for all case airflow tests. The graphs measure temperature in Delta T over Ambient (C) - so the ambient temperature is subtracted from the component temperature.

Each test is initiated with a cold boot, where the system will sit idle for 15 minutes and collect thermal data. We use CPUID's HWMonitorPro for thermal logging and tracking. After this idle time, the system will launch a Prime95 instance running four torture threads on Large FFTs for maximum heat generation and power utilization. This is run for 15 minutes, throughout which the logging utility will collect the data we used in the below charts. Another 15 minute cool-down time (idle) is allowed after the Prime95 instance is completed, at which time an instance of FurMark launches and tortures the GPU with its 15-minute burn-in test (1080p). A final round of idle time is allowed to ensure data consistency.

All CPU thermal results are computed using Core 1 (not Core 0) due to its higher thermal reliability on our IB chip.

Our benchmark has grown significantly since the early days! Rosewill's Armor Evo is the reigning champion of pure performance right now (though we were unhappy with its quality), with Cooler Master's tried-and-true HAF X following closely. The more expensive cases follow-up the rear (P820, P630), mostly because they're built for looks and features -- like dust filtration -- rather than pure performance.

Let's see if SilverStone's rule-breaking RV02 can shake things up.

When SilverStone first asked us to bench this case, they confidently stated that the RV02 would be the best performing case on our charts-- they were right. As far as CPU thermals go, the Raven RV02 case keeps the CPU down at ~51.8C (Delta T), with the next closest competitor being the Armor Evo at 52.6C. In terms of other cases with a similar focus (read: enthusiast-class), the next closest competitor would be the HAF-X, with the two Phantom cases bringing up the rear.

If you're after pure CPU thermal performance, it's clear who the best choice is. The positive pressure design and motherboard rotation take all the credit for the RV02's clear advantage in this space.

Let's look at the GPU results:

The RV02 is middle-of-the-pack here, but the delta is so insignificant so as to be unnoticeable for the vast majority of users. Similarly—as with the P820—I suspect that larger video cards would have a greater benefit from the RV02's cooling design (rather t han our small 7850).

For both the CPU and GPU benchmarks, the low/high differences were mostly insignificant, but worth switching to "low" if you need reduced noise. 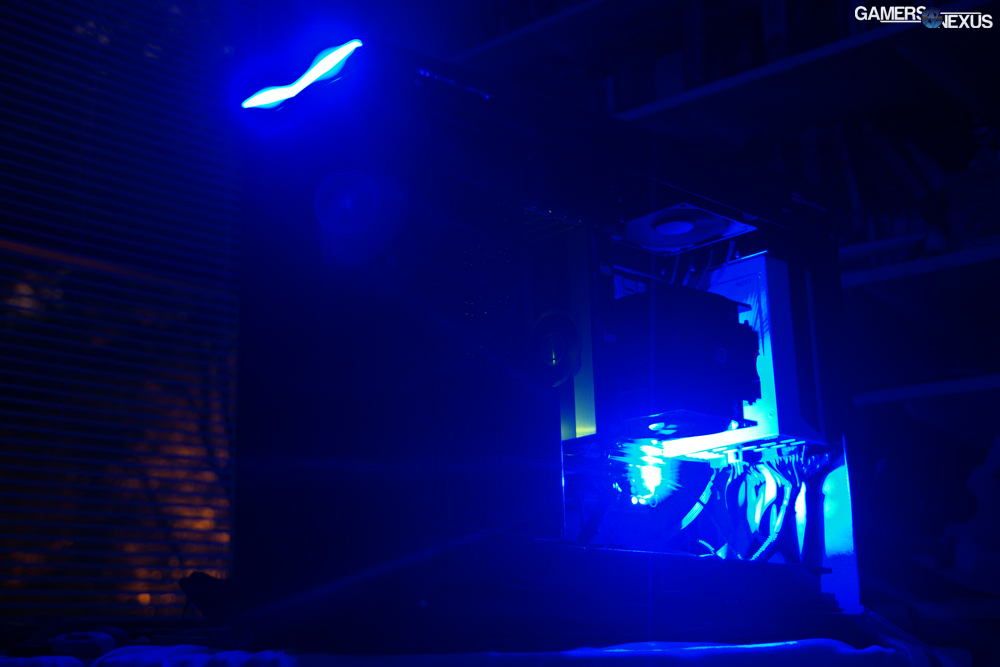 I'm in love with the Raven's design -- SilverStone breaks all the rules and gets away with it, too. It's an expensive enclosure at ~$200, and in this price-range, other available options include the Phantom 630 (reviewed), Rosewill Throne (previewed), Corsair 650D, and CM's Storm Sniper in the mid-range. Given all these options and the abundance of $120-$150 options, you'd need serious performance and noise/dust demands to jump up to the RV02 -- if you're already spending ~$1100+ on a full system build, the RV02 should be well within your means and is absolutely worth considering.

The only real "negatives" are the inhibited accessibility to the top IO, limited cable tie anchors and other management features (like a fatter wall / bezeled side panel), and limited front IO for users who haven't migrated to USB3.0 headers yet.

All this stated, SilverStone's RV04 is due out soon, but we've been told that it isn't meant to supersede the RV02. We'll post a review on the RV04 as soon as it's available to reviewers.

As for the RV02? It's hands-down the best performing case we've ever benchmarked. That speaks volumes, and makes the case our second ever "Editor's Choice" desktop case.