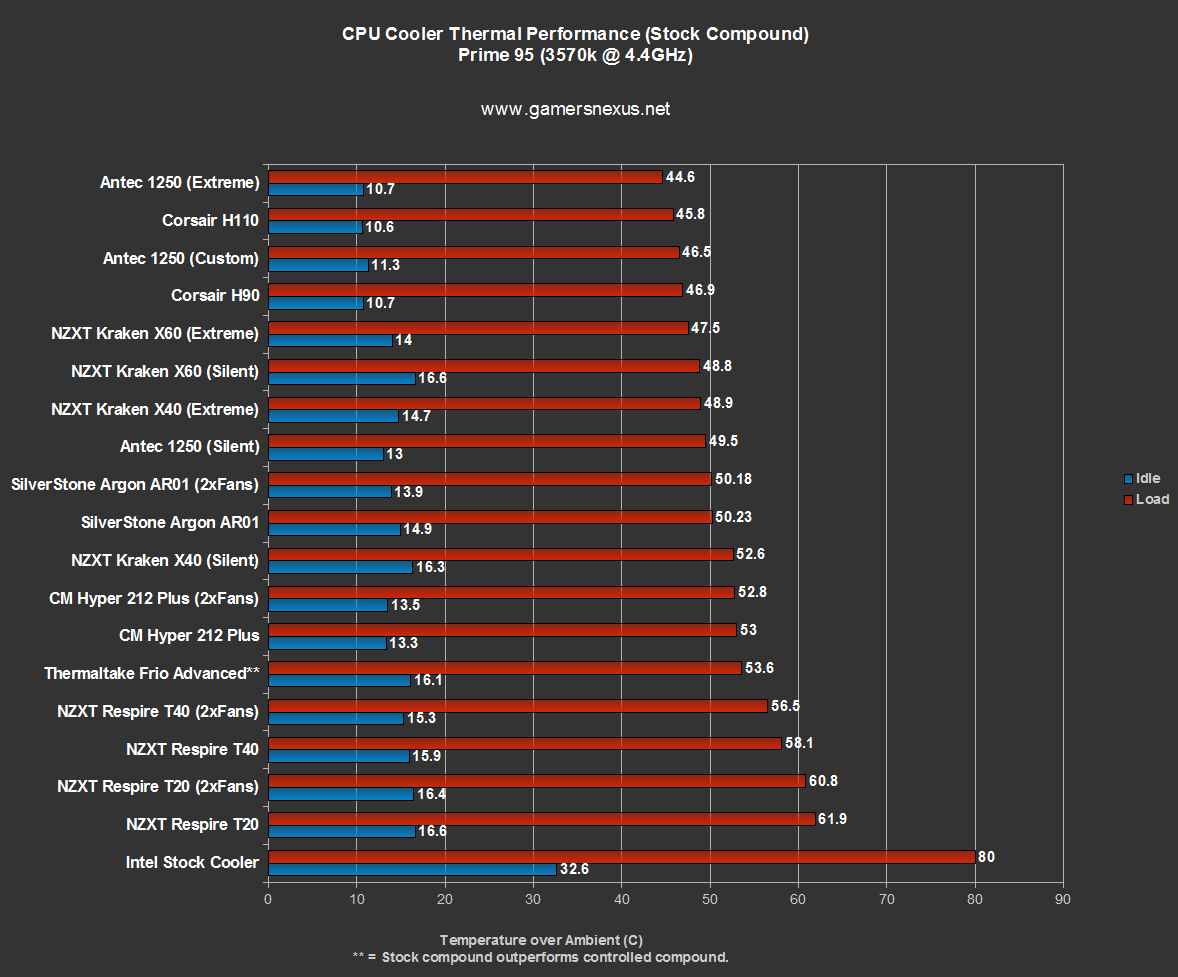 I ran these tests for two different iterations of Antec's 1250; the first was a pre-production model that will not be shipping to users, so we scrapped those tests and re-ran them upon receiving the finalized production model. For this reason, you may see some disparity between our review and earlier reviews of the product; we found the finalized 1250 performed significantly better than the pre-production press sample, and this shows in the benchmarks.

Antec handily claims the top of our bench. It's that simple: The Kühler 1250 is the best liquid cooler we've tested. Even at half speed (1500RPM), which is reasonably quiet, the 1250 still performs on-par with the fixed-speed H110 from Corsair. As I say in the video review above, "this is an easy pick-up, all day long."

Here's our dollars-per-degrees chart, which shows a rough measurement of value by checking the cost vs. the thermal delta from a stock cooler. 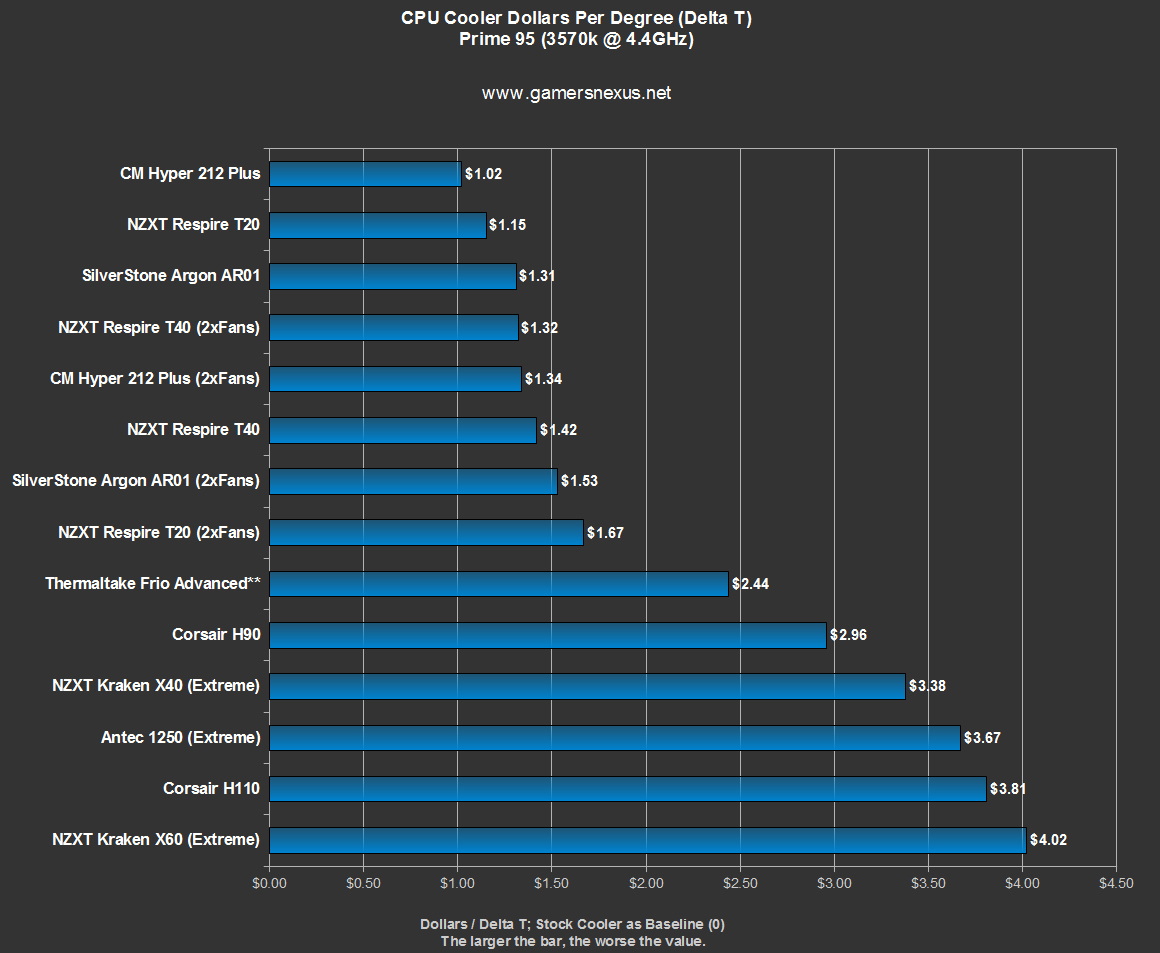 If you're after pure value, a liquid cooler is never going to win, obviously. Something like the Hyper 212 still stands king of value over the stock cooler. That said, the 1250 is still better value than the X60 and H110. 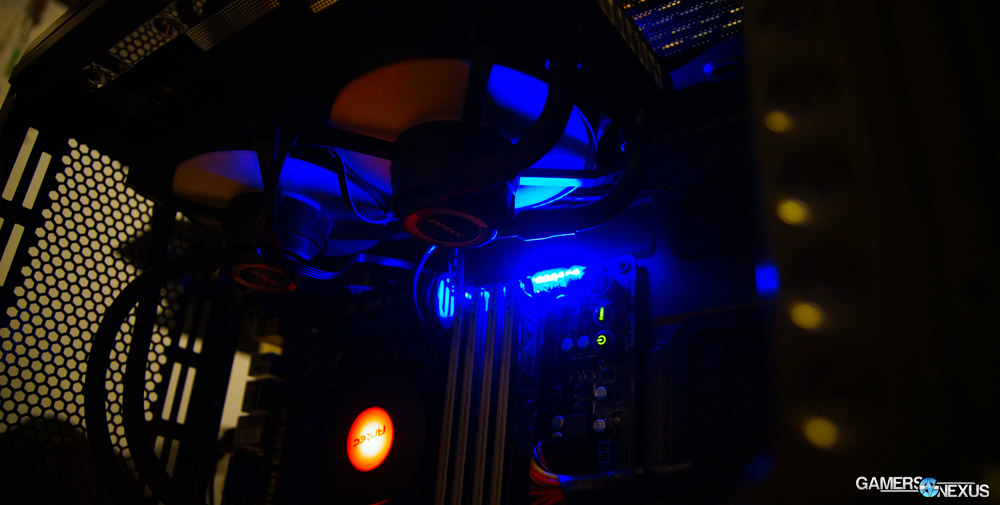 If nothing else, typing Kühler over-and-over has helped me memorize the ever-important alt-0252 code.

The 1250 has knocked Corsair off the top rung, laying claim to our "Best of Bench" award for CPU coolers. Being that this is our first official review of an Antec cooling product on the site, I'd say that's not a bad start to residency on GN. Antec took a risk with their design, opting to move away from Asetek and build their own solution, and it works damn well. Antec's 1250 has now made NZXT's X60 obsolete -- the only reasons to buy it being smaller form factor and NZXT branding -- and Corsair's H110 is tough to justify too, short of a lower price-point. It's worth mentioning that both the X60 and H110 are 280mm radiators, whereas Antec's Kuhler 1250 (because I'm so done with umlauts) is a 240mm radiator -- making it more compatible with smaller cases, short of the height/clearance issue I've mentioned already.

If you can afford the $120 tag (currently on sale for $90, though), the 1250 gets my recommendation. Just be prepared for 30 minutes of hating the mounting bracket. 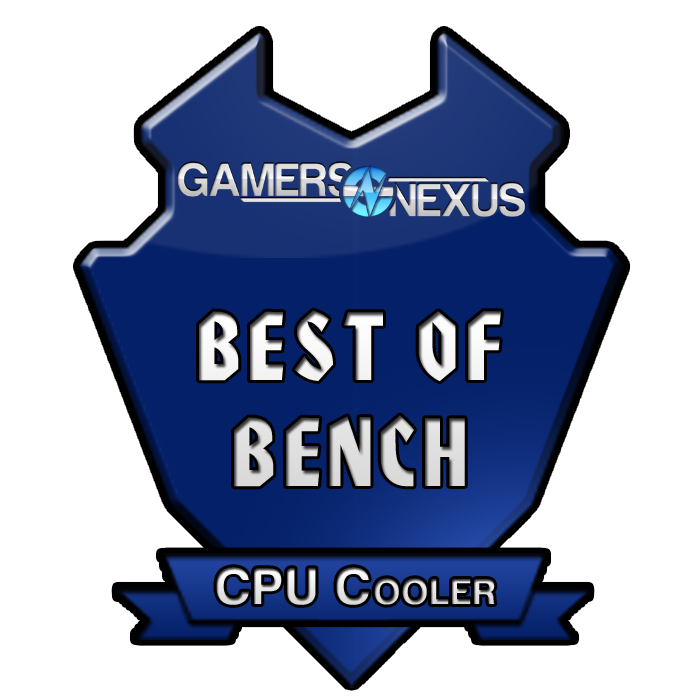 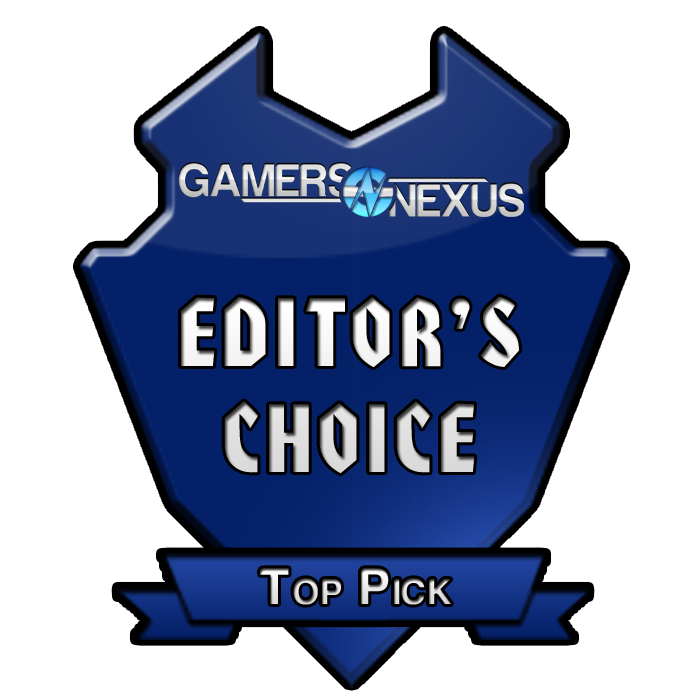