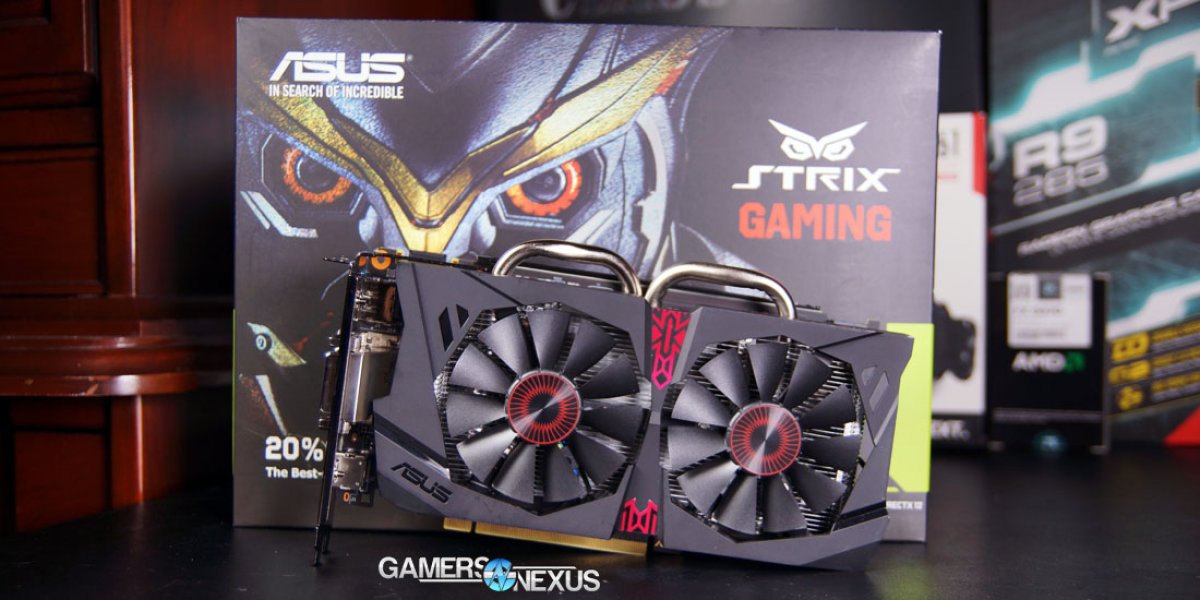 We tested using our updated 2015 Single-GPU test bench, detailed in the table below. Our thanks to supporting hardware vendors for supplying some of the test components.

The latest AMD Catalyst drivers (15.7.1) were used for testing. NVidia's 355.65 drivers were used for testing. Game settings were manually controlled for the DUT. All games were run at 'ultra' presets, with the exception of The Witcher 3, where we disabled HairWorks completely, disabled AA, and left SSAO on. GRID: Autosport saw custom settings with all lighting enabled. GTA V used two types of settings: Those with Advanced Graphics ("AG") on and those with them off, acting as a VRAM stress test.

Testing input latency on the GTX 950 would be a fun project – but we can't do it right now. Input latency testing requires a hardware middle solution (like an Arduino computer) to sit between the input simulation and the receiving software.

This is something we're working on developing in the immediate future and hope to deploy for GPU benchmarking. As of now, we cannot independently validate nVidia's claims of latency reduction, nor can we test the competing hardware's own input latencies. 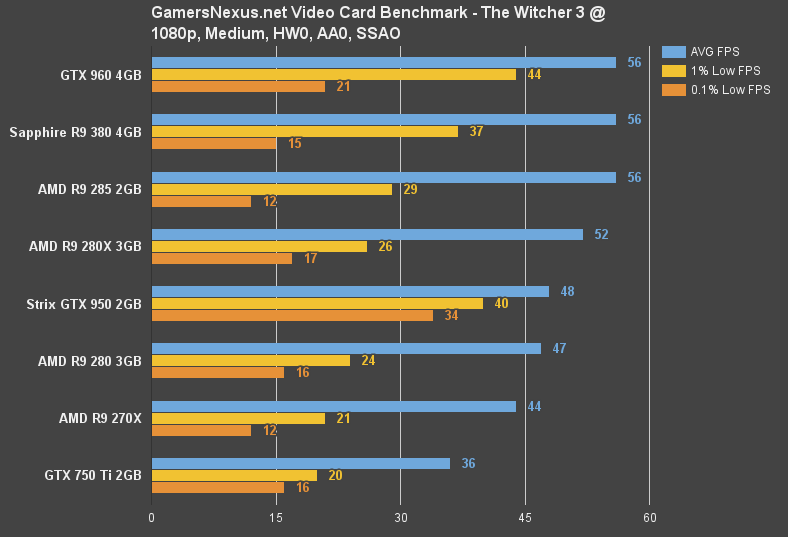 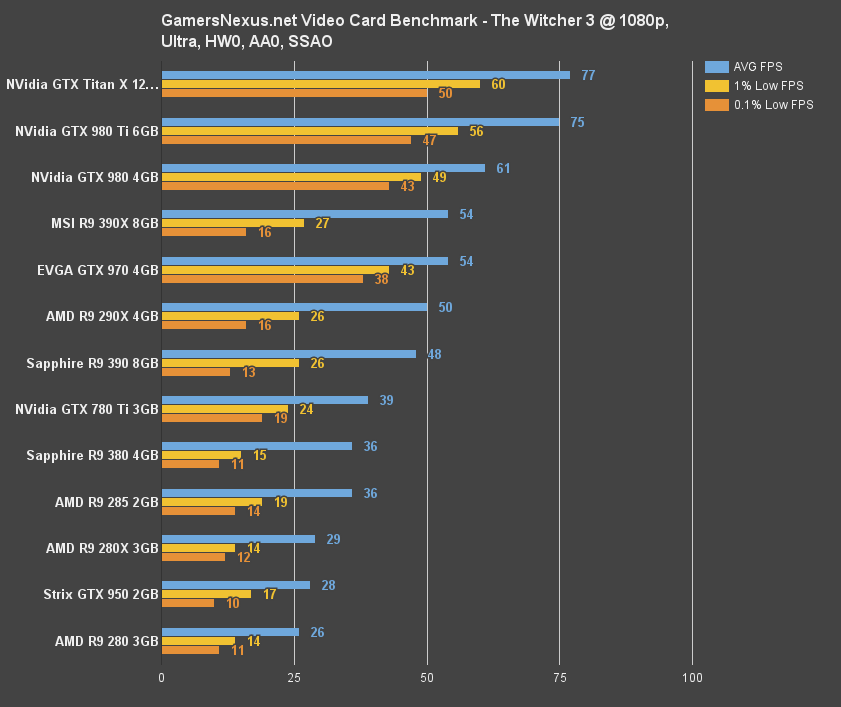 The GTX 950 isn't particularly playable in the Witcher 3 unless we drop to 'medium' settings, at which point its 48FPS average is barely passable. Further tweaks – follow our optimization guide for that – would allow a higher average FPS.

Against the GTX 750 Ti, the gap widens (28.5%) such that settings would have to be driven into the floor to conjure fluid frame delivery.

The Witcher 3 is effectively unplayable at higher settings. 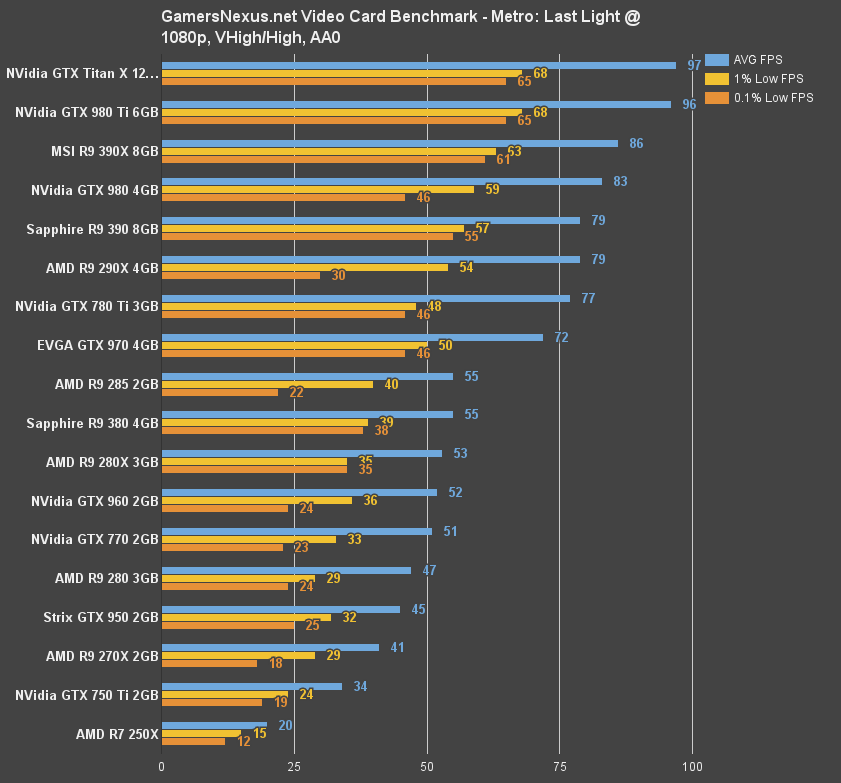 Again, the GTX 950 lands squarely between its two flanking price categories – not wholly surprising. One place the GTX 950 does continually excel, though, is its low frametime performance. 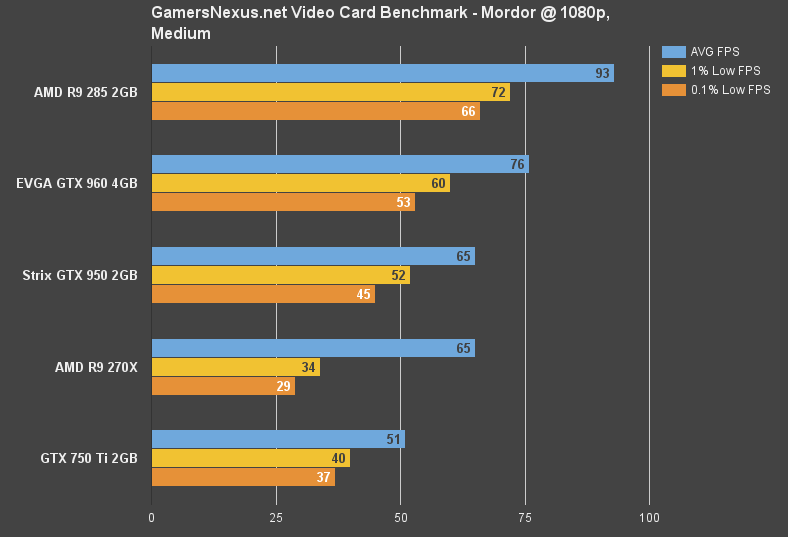 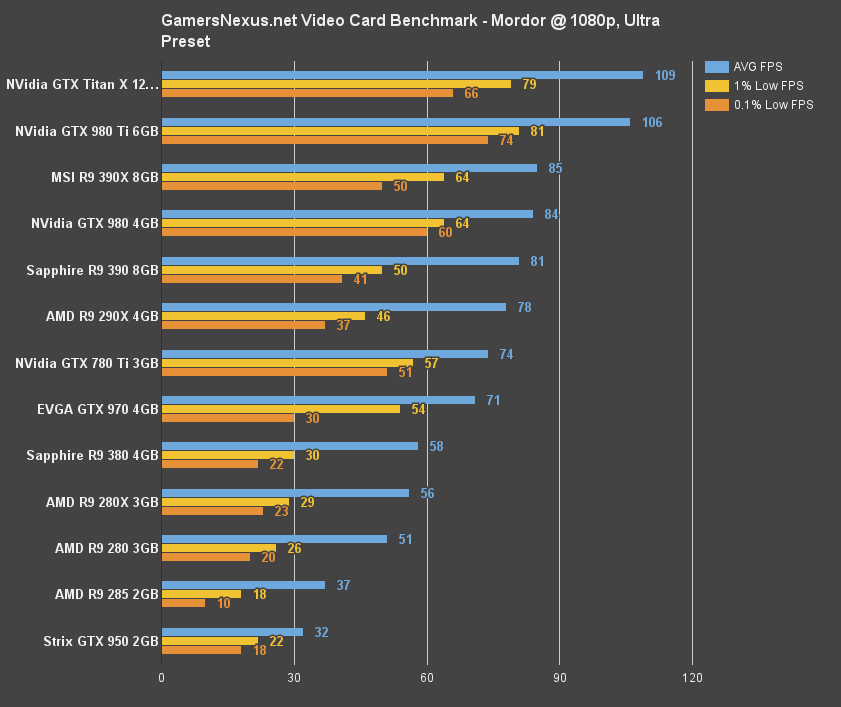 Shadow of Mordor is another game that we had to tweak for the bench. We normally run Mordor at the “Ultra” preset for GPU benchmarking, but found the GTX 950's 32FPS average performance to be unsatisfactory. Hoping to more accurately create a user scenario, we dropped the settings to 'medium' and retested a suite of similarly-priced cards. 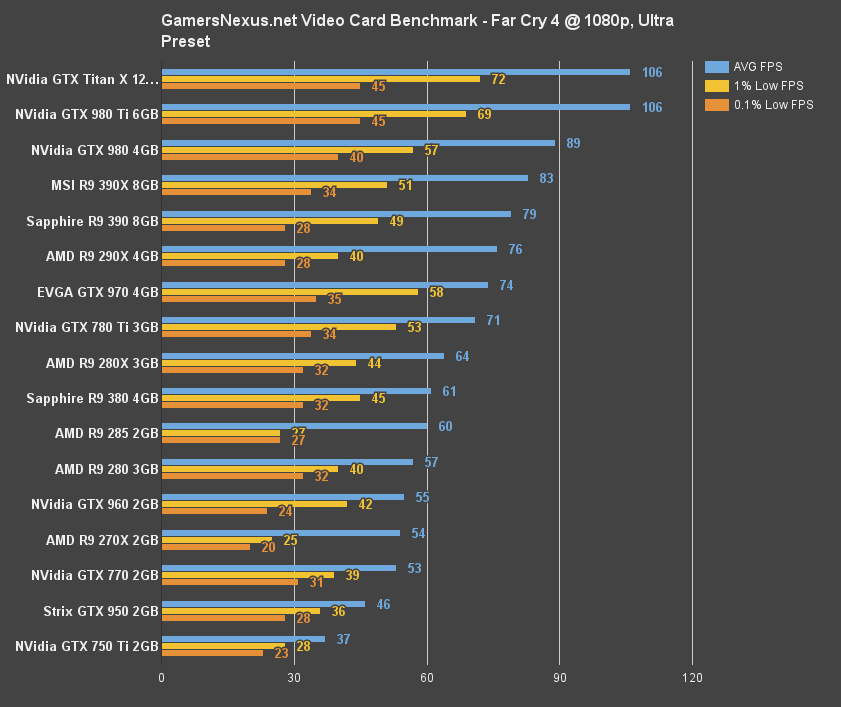 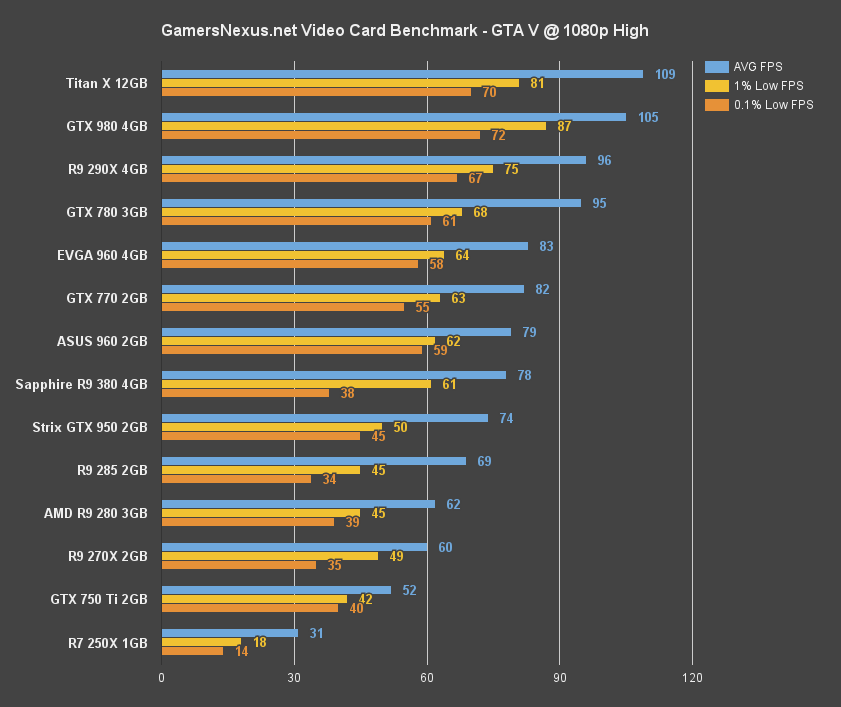 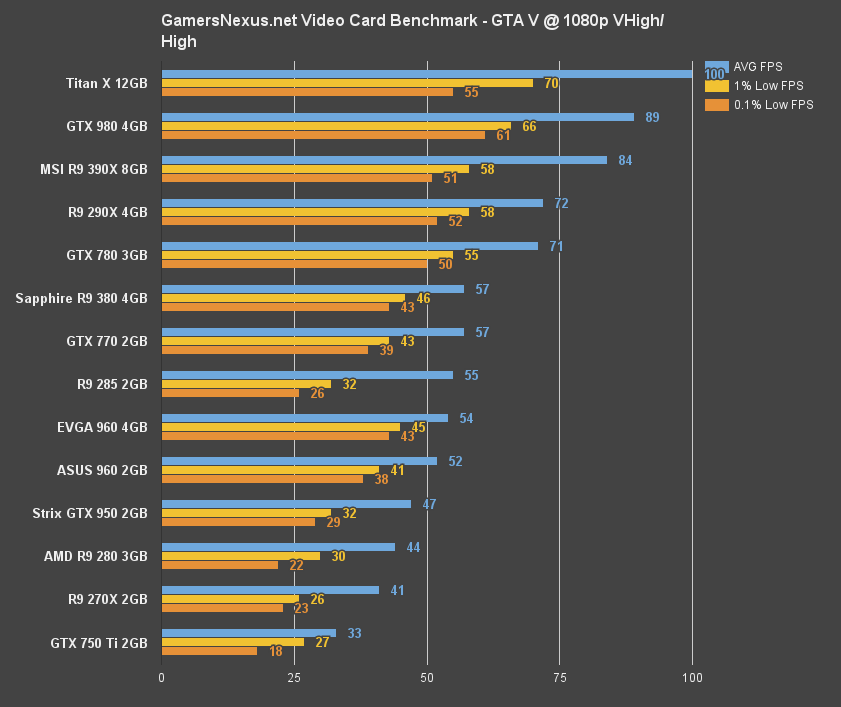 Moving to the usual 'very high' and 'high' mix (maxed-out settings, aside from AA and advanced graphics), the GTX 950 falls to 47FPS average, but still retains its high “low” metrics. The GTX 960 now sits at the passably playable 52FPS range, illustrating that the gap between the GTX 960 & R9 380 vs. the GTX 950 is wide enough that settings must be lowered. 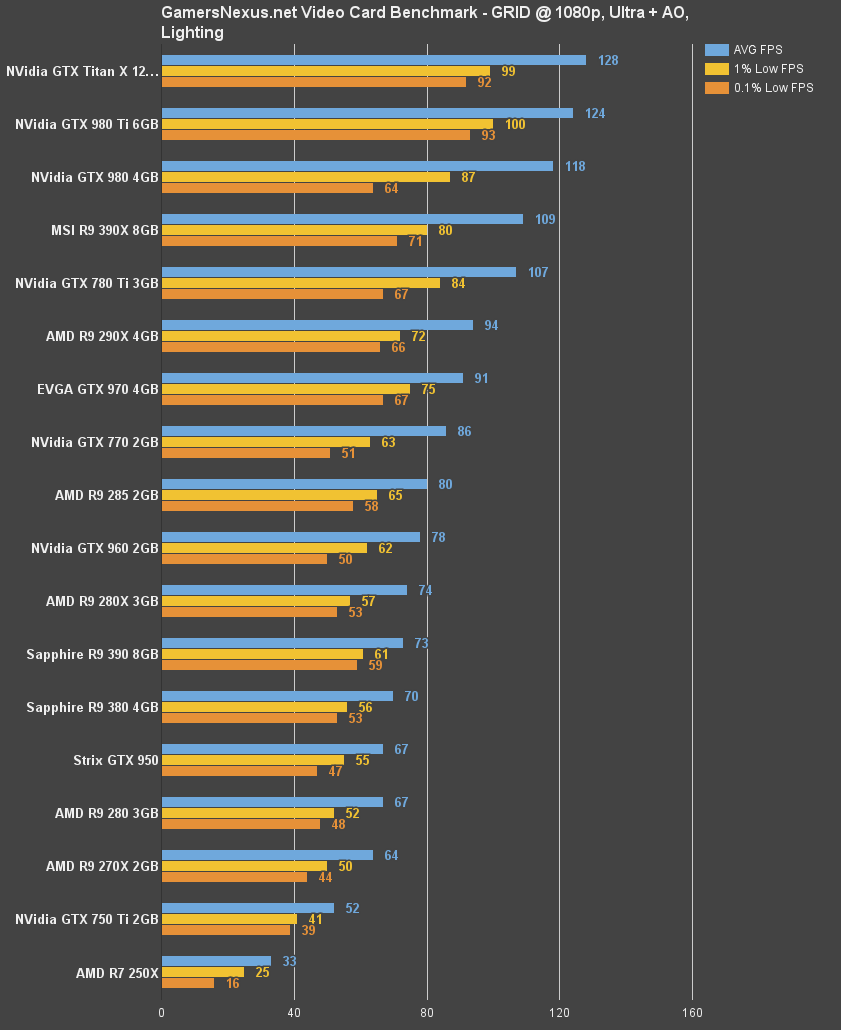 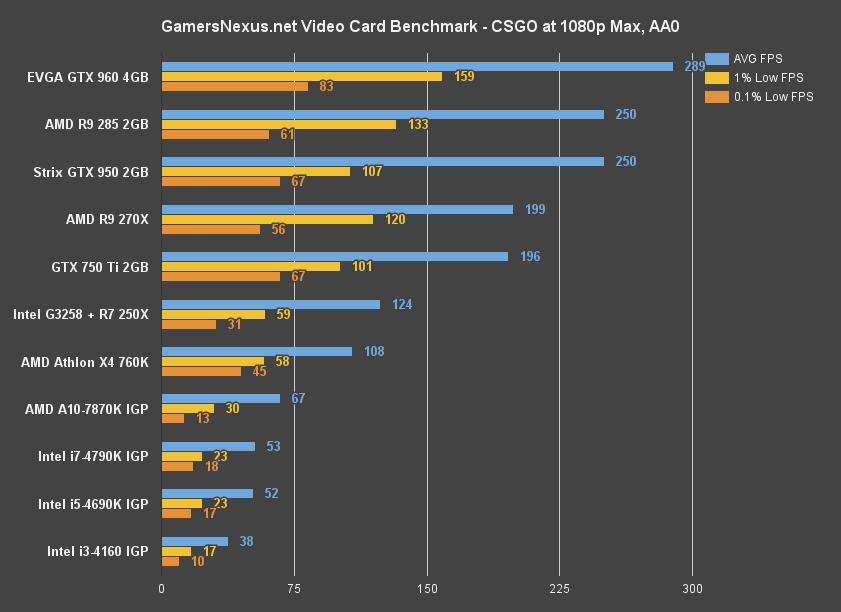 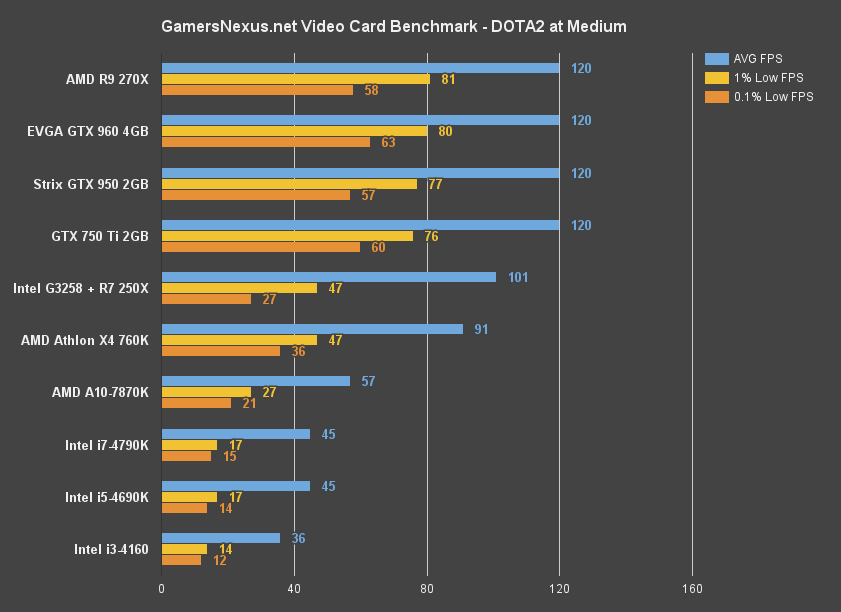 These benchmarks are a little boring, but we felt inclined to include them. Above, you'll see the CSGO and DOTA2 performance results alongside IGP FPS. Note that DOTA 2's framerate locked to 120FPS.

Continue to the final page for power consumption & thermal metrics, alongside our conclusion.