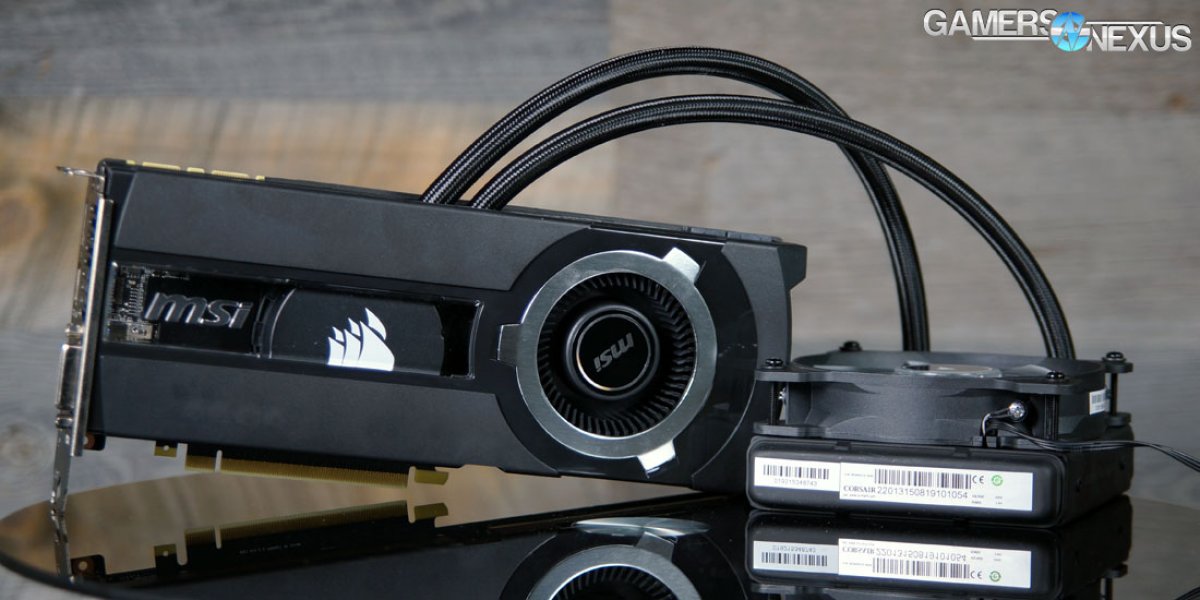 At equilibrium, the Sea Hawk GTX 980 Ti operates at about 40C delta T over ambient (21.6C), a 21.4C improvement over the reference nVidia 980 Ti cooler. The Hybrid nearly doubles that gap, though, with its 22.9C dT thermal performance.

The difference rests in the heatsink design, as we described above. EVGA's Hybrid utilizes a custom GPU cooling block with a large, unibody copper extrusion. Fan differences can also impact thermal performance.

Our Thermals Over Time bench is complete, but pending review by MSI & Corsair. We observed temperature fluctuation which suggests aggressive fan RPM modulation throughout the test. We will edit this post once we have heard back and validated the results. 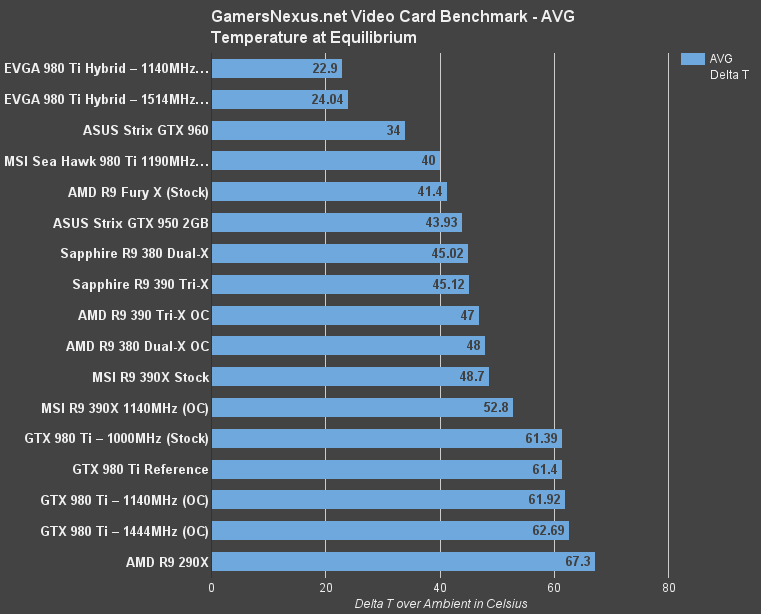 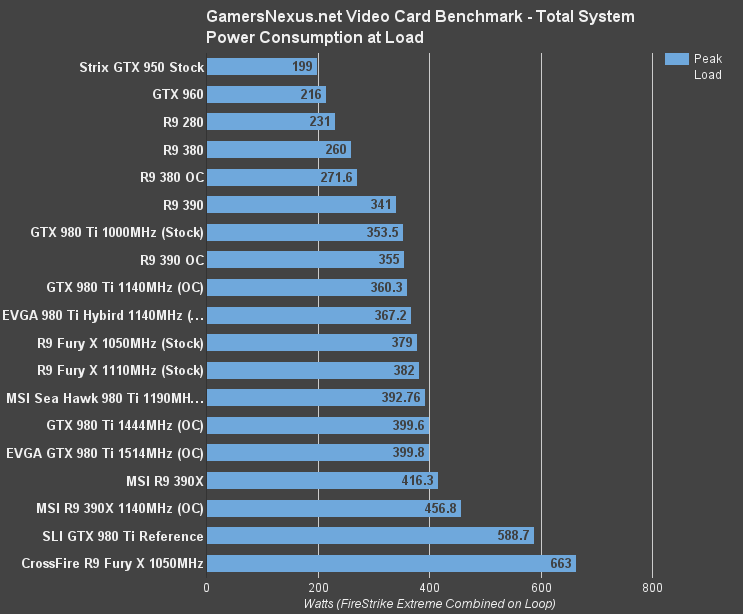 Continue to Page 3 for the FPS & overclocking benchmarks!