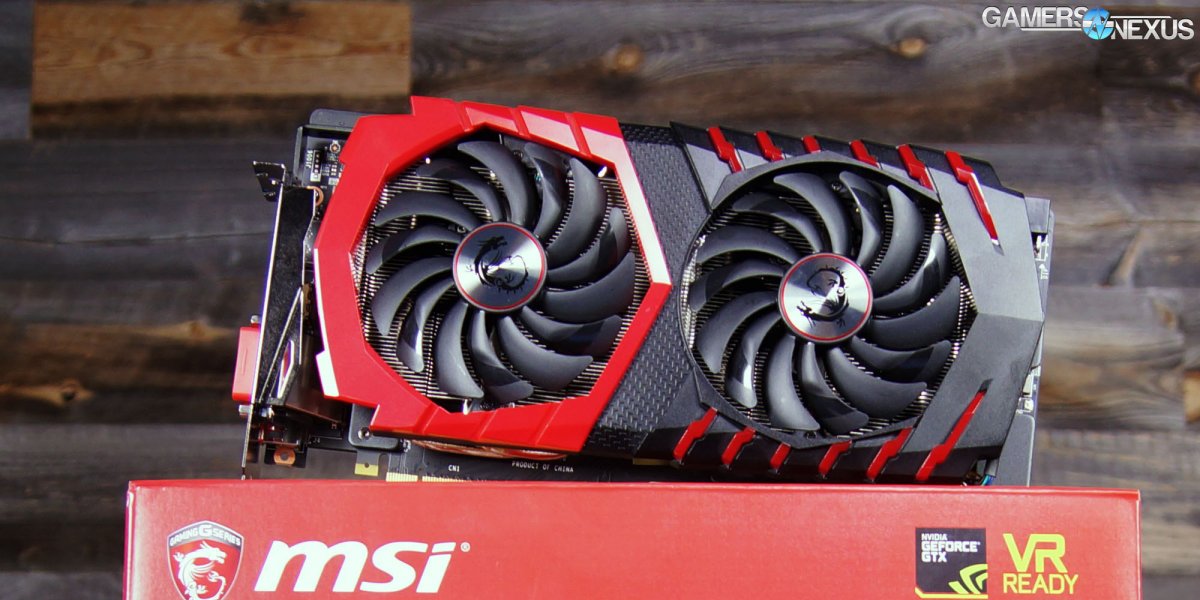 Standalone, ignoring comparison for a moment, the GTX 1060 runs reasonably cool with the FE cooler, despite what we've seen on the previous two cards. GP106 is a big part of this and the low power draw is the primary factor. The MSI Twin Frozr version proves that there's still plenty of room for AIB partners, especially given the mostly smoothed out clock-rate – though we still saw a few dips at times.

Some of those clock-rate dips are resolvable with a better thermal solution. Again, the MSI Twin Frozr cooler does its job here, but we also found that increasing the power % target smooths over the heavy dips to ~150MHz.

As for the head-to-head with AMD, the RX 480 comes in two flavors – a $200 4GB model, if you can find one, and a $240 8GB model. I'm not going to talk about unlocking here, since that's out of spec. Generally, we recommend the 8GB card as it does see significant 0.1% low gains – and even AVG FPS gains – in specific games, but you can still get away with a 4GB card for most use cases. For now, anyway. That does push the price argument in AMD's favor, assuming you're trending closer to $200 than $250. 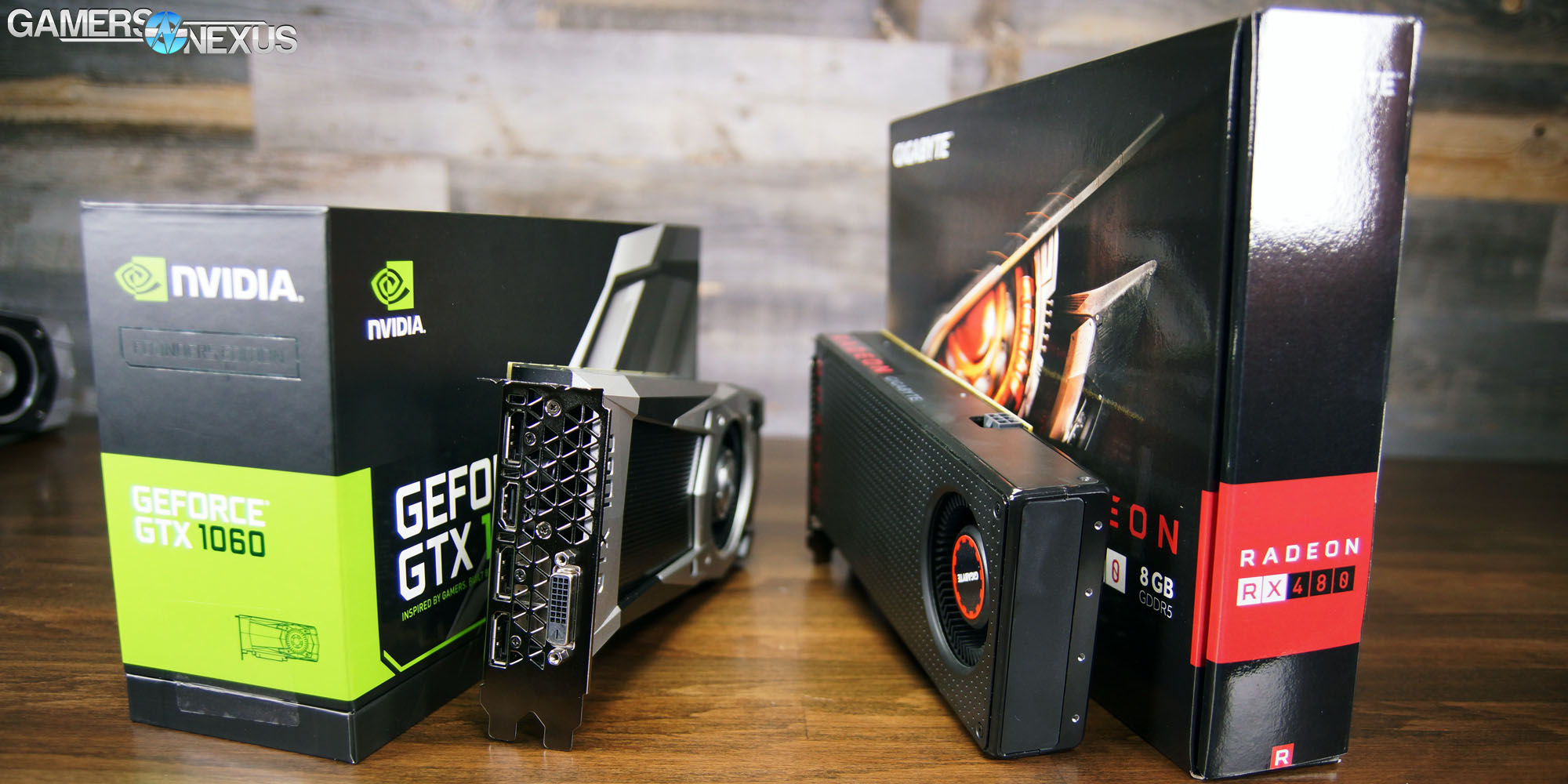 Now, if you're already looking at a $240 card, the jump to $250 isn't big – but that's only going to be relevant when the time comes that the GTX 1060 cards are available for $250 properly. The FE is $300, which is a harder sell for a general 10% difference between the RX 480 and GTX 1060 FE. At $250, that 10% difference becomes attractive. That said, the RX 480 does have its advantages. Running Vulkan in Doom, for instance, has the RX 480 beating out the GTX 1060s. The cards will also more capably run dual-GPU configurations for gaming than the 1060, which will require explicit programming for support (see: Ashes). Granted, we also recommended against CrossFire in almost all instances. The same is true for SLI.

As we've done with both recent nVidia releases and the recent AMD reference release, we would advise waiting for AIB partner models. These should theoretically run a lower price than the FE card (which is actually limited this time), and we've proven through exhaustive testing (P3) that the cooling solution can flatten those frequencies in a meaningful fashion.

We're not here to make a decision for you. We've presented all the data and the two cards have their highs and lows. Dig through the content for the rest.

If you like our in-depth approach to coverage, please consider supporting us on Patreon.