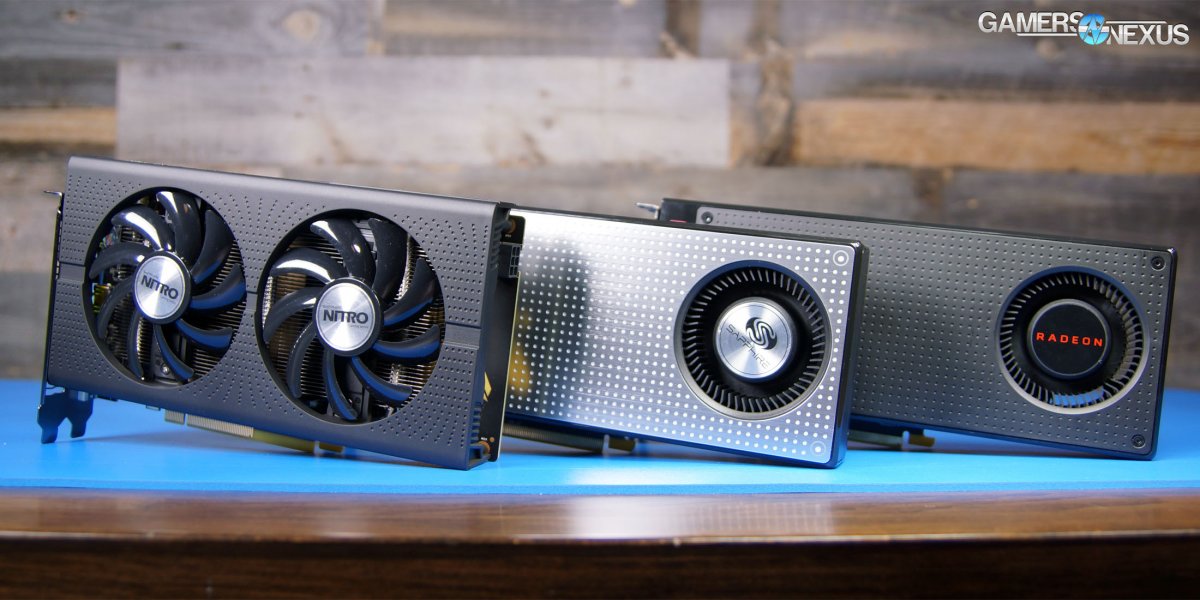 Our “Averaged Peak Thermals” chart plots temperature as a Delta T over Ambient value, explained on Page 2, if you're unfamiliar with what that means. Our testing methods are also described in these “What is Delta T?” and this “Why Our Thermal Tests Are So Accurate – Thermal Chamber” videos. The short thermal test is also presented as an over-time value, which is mostly used for internal data validation, but also useful to view ramp-up times and “saturation” of the thermal solution.

For the endurance tests, we're looking at non-delta values – the unmodified value of the GPU Diode read-out. This is primarily useful for determining throttle points and for aligning against frequency modulation, whether that's from DPM stepping or from throttling within the card.

Let's start with the averaged peak thermals, as that's the easiest chart to quickly read: 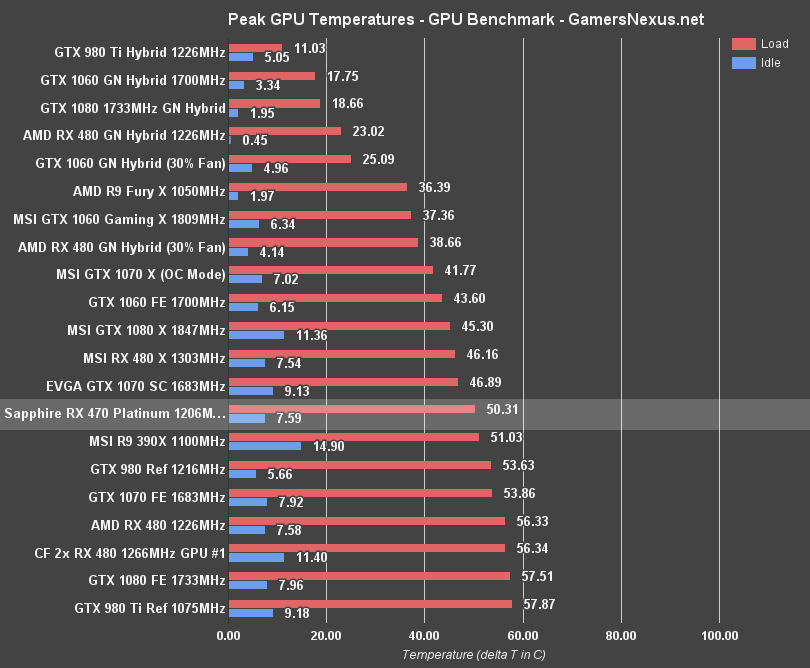 Sapphire's RX 470 Platinum Edition (~$180) isn't impressive with thermal; given the reference RX 480 heatsink, that much should have been obvious. The card operates at 50.3C delta T over ambient and 7.59C idle, a fair bit reduced from the RX 480 reference as a result of the lower TDP GPU. The reference RX 480, just as a note, sits at 56.3C load and an idle temperature that is effectively equivalent (within our 0.1C thermocouple resolution). The 50.3C max isn't dismal, all told, but we'll explain why a lower temperature will impact clock-rate in a moment.

Here's the Thermals Over Time chart – simplified, with a few devices removed for legibility – for a depiction of the data as presented against our automated test execution:

Switching over to our unique endurance charts, we see a better look at real-world performance with frequency versus temperature, plotted against a two-hour burn-in. The RX 470 exhibits almost identical endurance performance to the RX 480 reference card: we're seeing a fluctuating frequency as a means to restrict the temperature, this time to a 77C ceiling. Each time temperature hits 78C on the GPU Diode, the clock-rate is throttled until the card returns to a 76-77C value. That's what's producing this choppiness.

Because the fluctuations are never more than 100MHz, the impact to gameplay is mostly undetectable – but 1% lows and 0.1% lows will be improved by more effective cooling solutions, as we just saw with the MSI RX 480 Gaming X and Hybrid 480 that we built.

Here's a look at the raw data from one of these dips:

Here's a look at a similar chart, but with the fan RPM % plotted. The fan sticks around 46% in its out-of-box configuration, making for a tolerable mix of noise and performance. The blower fan of the RX 470 Platinum Edition maxes out closer to 4000RPM, rather than hitting the 5200RPM of the RX 480 reference card. 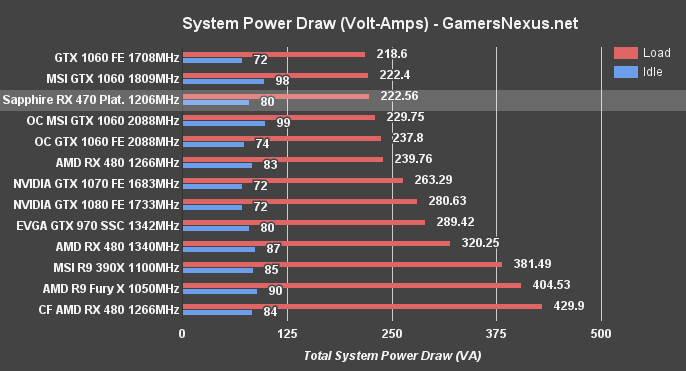