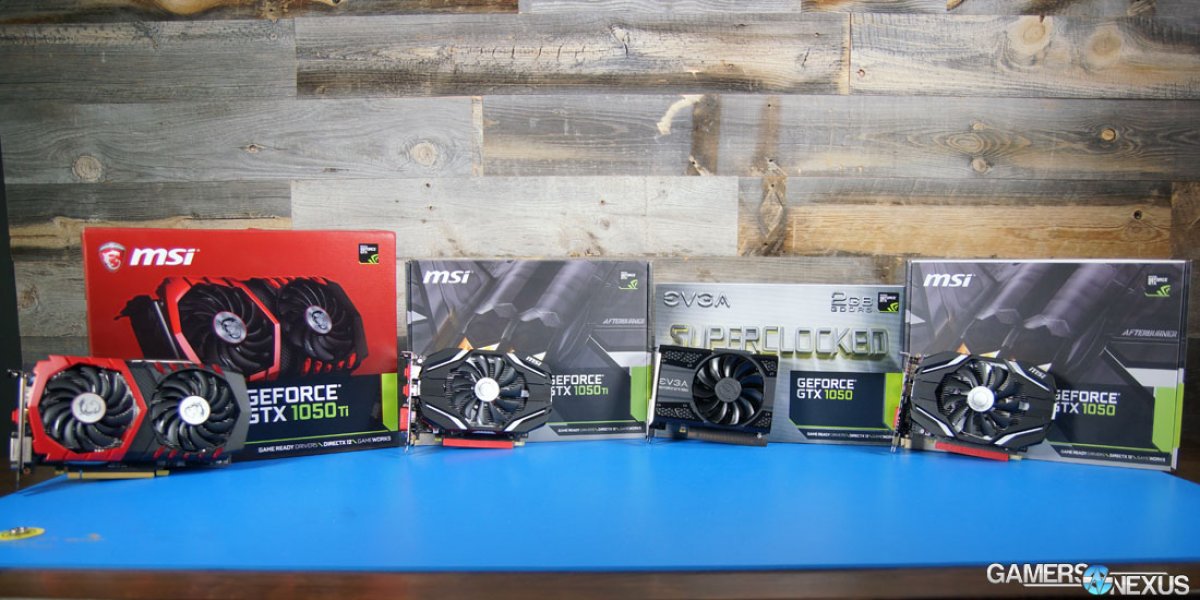 Battlefield 1 testing is defined in-depth in our BF1 GPU benchmark, if you're curious about the exact process for test execution. 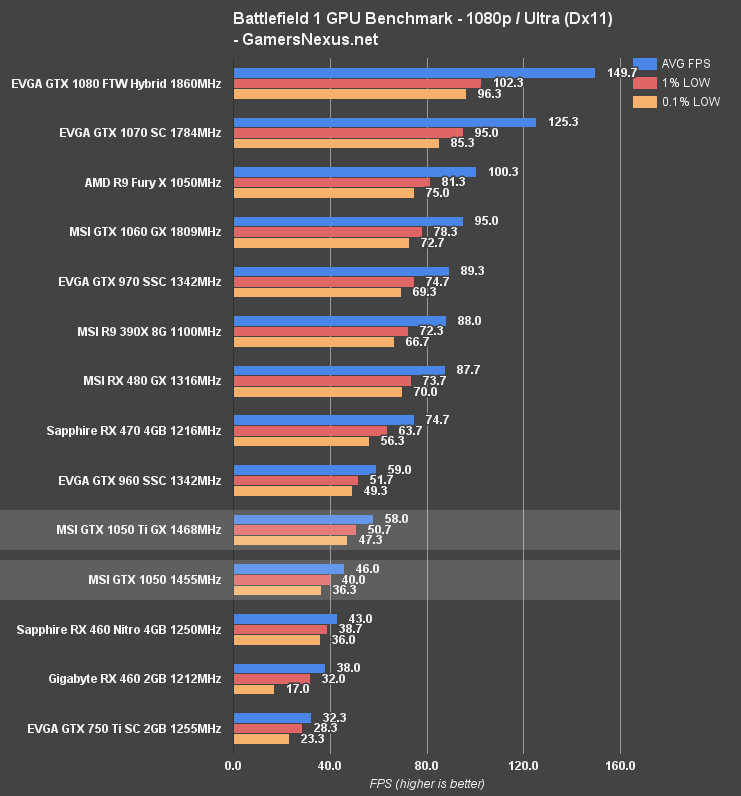 The GTX 1050 Ti operates at 58FPS AVG, which would actually make it reasonably playable in competitive matches if you're willing to reduce a few settings to High from Ultra. That performance puts the 1050 Ti about on par with the overclocked 960 SSC. Considering the 960 was $200+ when it launched, the 1050 Ti's availability in the $140 to $165 range shows progression in the performance-per-dollar market. 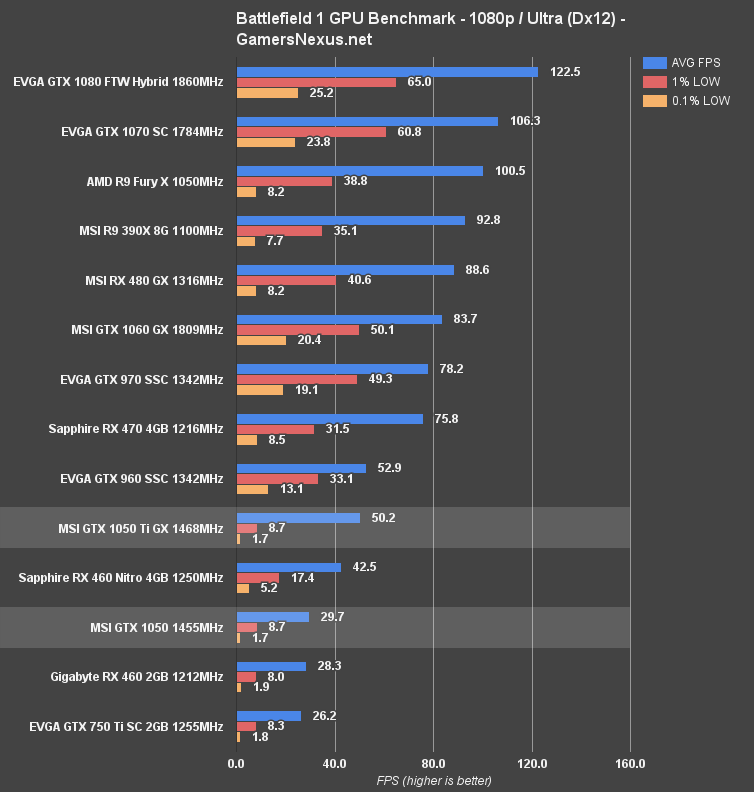 As for Dx12 performance, we've already talked about how high frametime variance mars the game's low-end performance for both nVidia and AMD hardware. That remains true here, alongside the negative scaling we observed in our original BF1 benchmark. The 1050 Ti is now operating at 50FPS AVG, with 0.1% lows that dip as hard as around 1FPS and 1% lows around 7FPS. These issues don't persist throughout an entire multipalyer match, but you'll see hitching at least a few times per match. We tend to see them every few minutes. It's enough to just recommend focusing on Dx11 results. 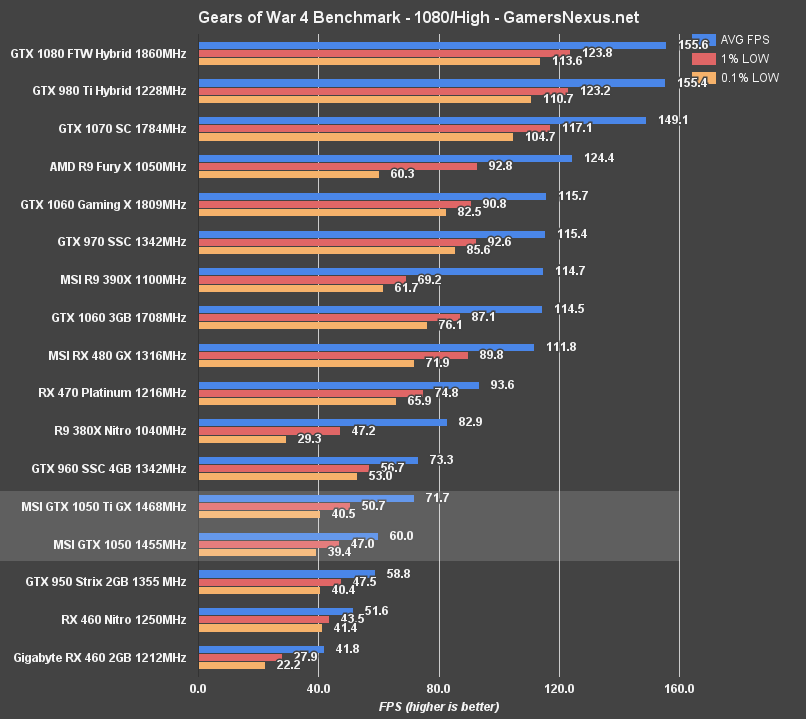 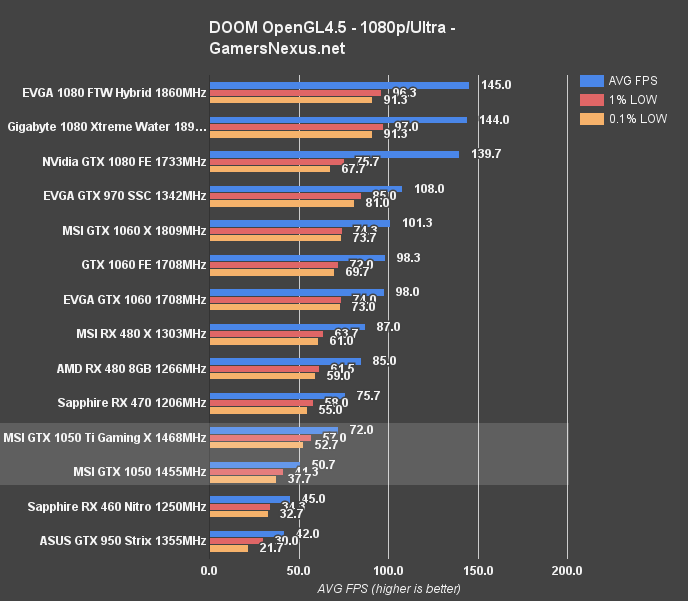 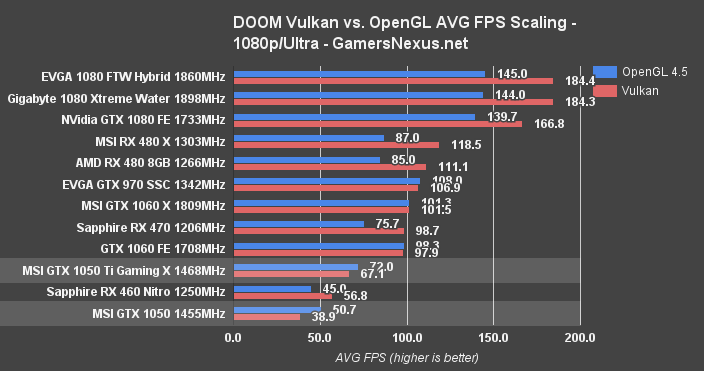