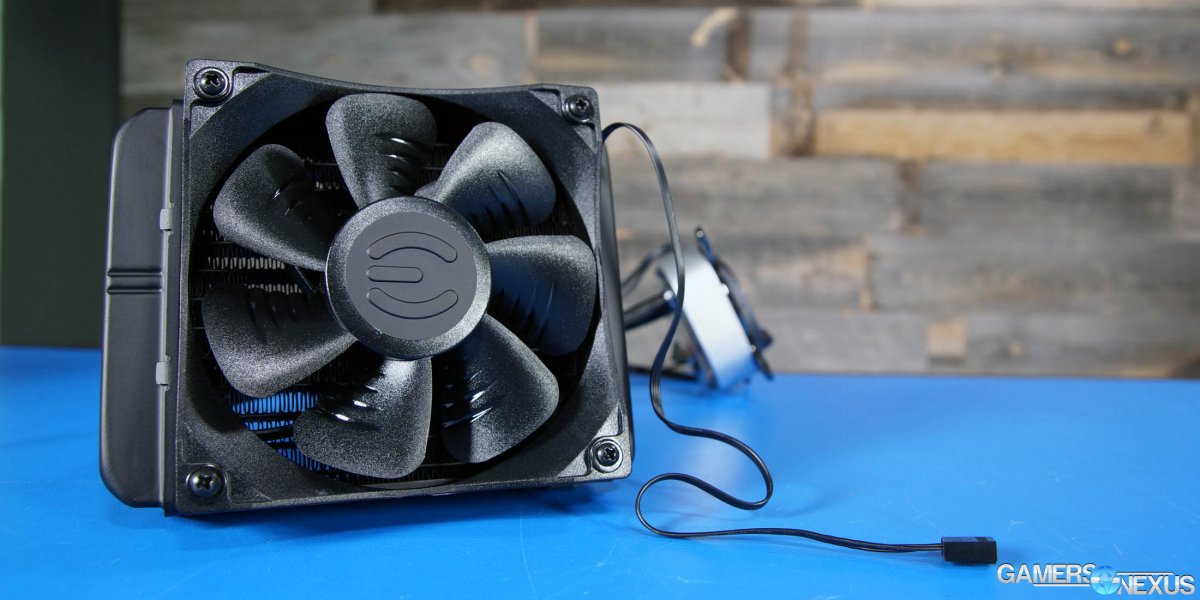 The EVGA CLC 120 is simple in all aspects: It’s an Asetek Gen5 pump, features the same copper coldplate with the same microfin density as we’ve seen in the past, and uses the usual propylene glycol mixture of coolant. The fan is different, axing the cowling in favor of… something – we suspect noise, though it seems more like a mistake. Testing did validate that performance is the same with and without that casing, granted, but it’s just an odd move. The point is, though, that the fans are really the only differentiating factor – and even those perform equivalently to less flamboyant options – aside from the RGB-illuminated pump plate. If that’s what you’re into, NZXT still does it best, though EVGA is now stepping between NZXT and Corsair to offer a mix of what each company sells in their product lineups. 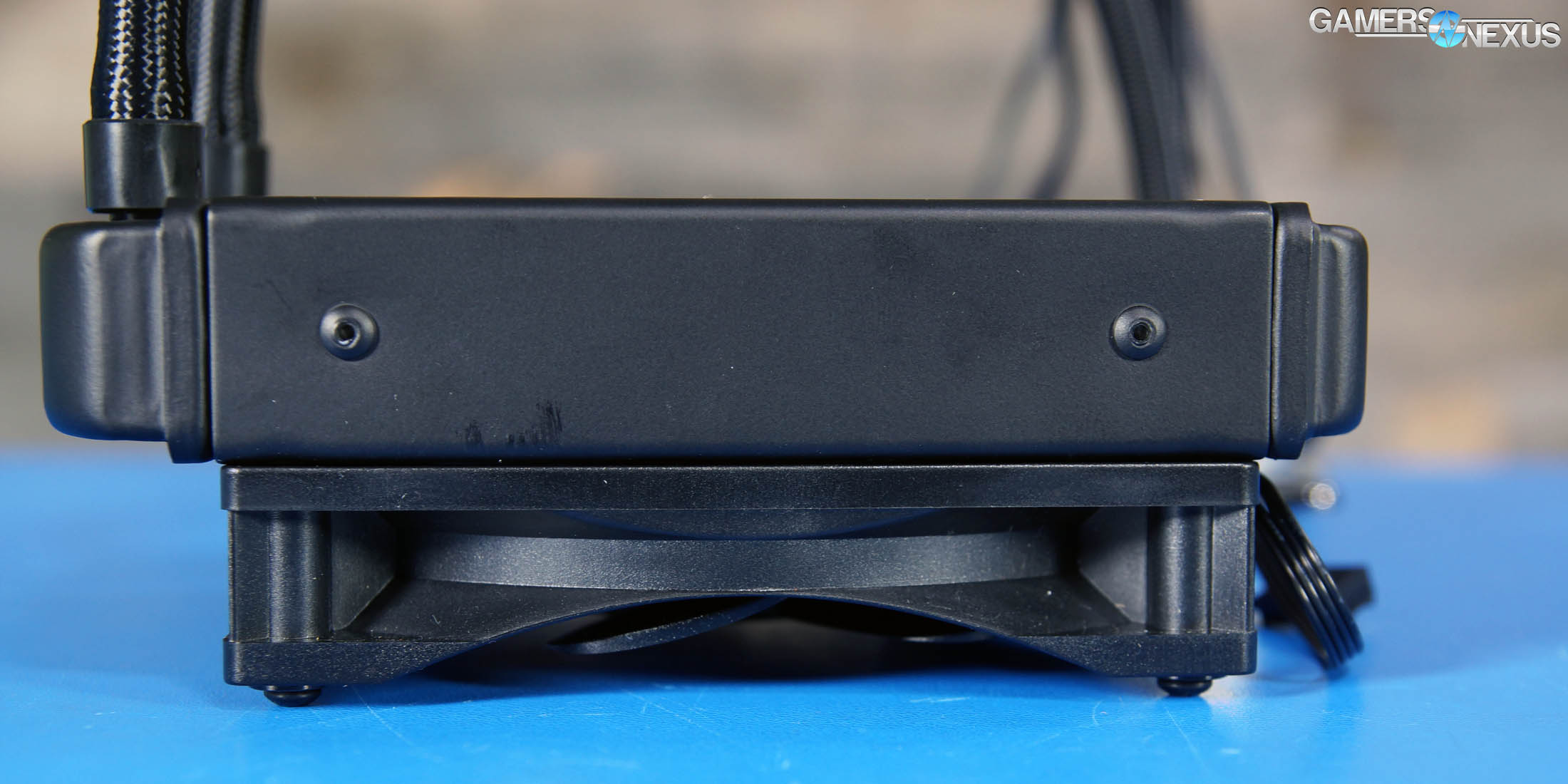 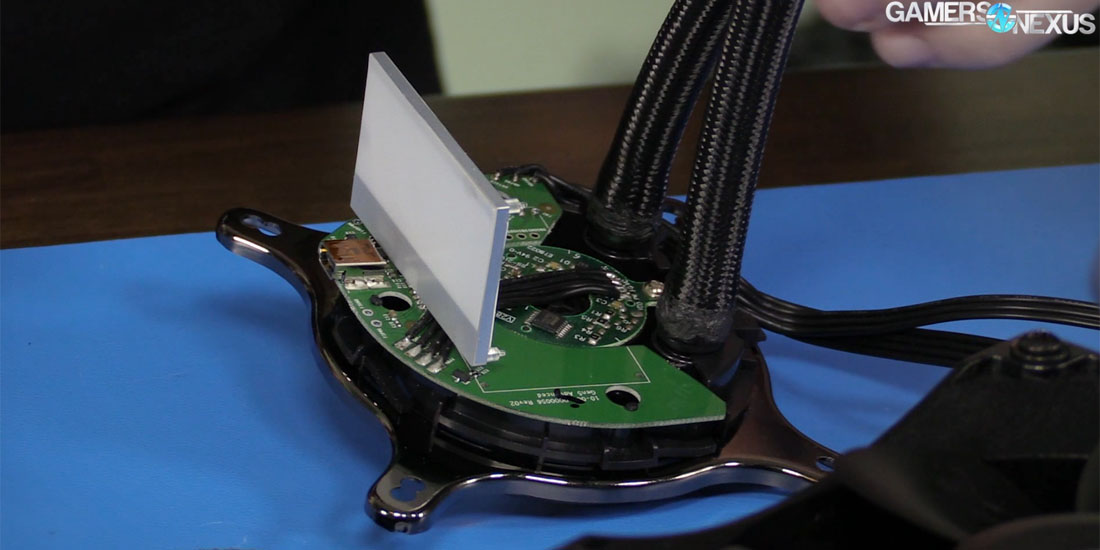 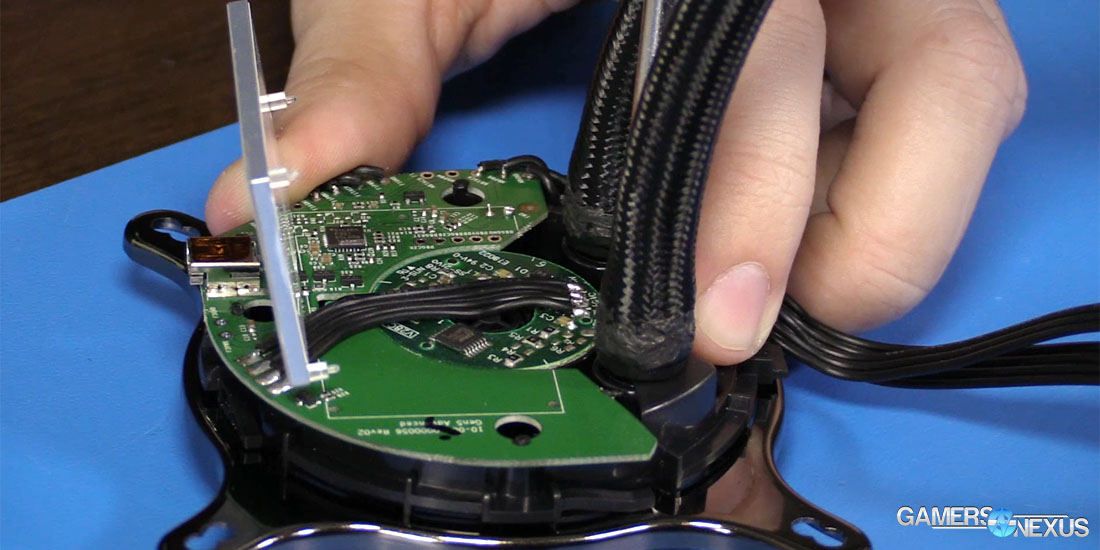 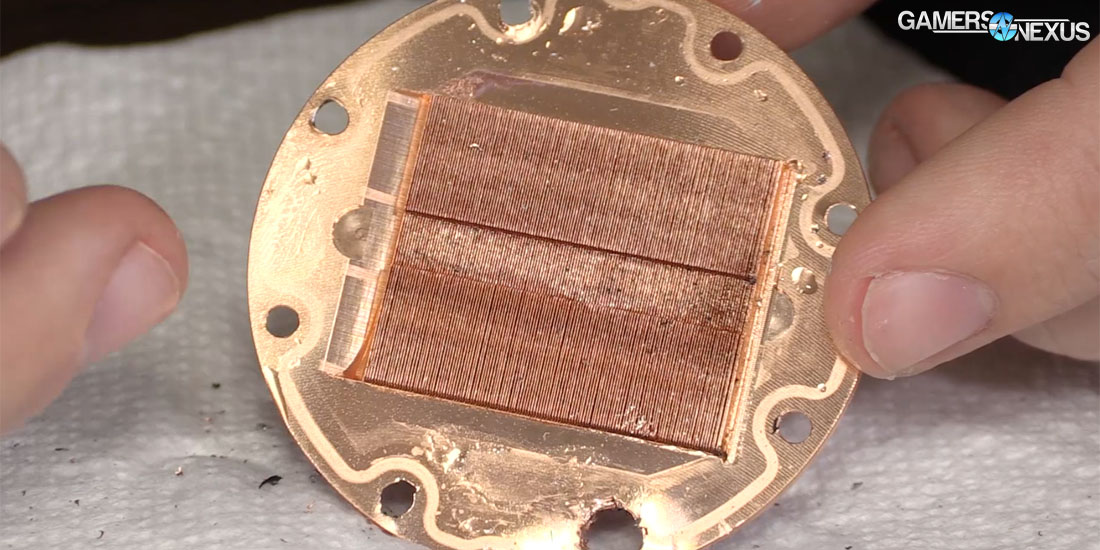 The above photos were published in our EVGA CLC 280 review, but technically come from the EVGA CLC 120 – they’re the same in the pump, though. The cooler uses an Asetek Gen5 pump, copper coldplate with microfins to increase surface area, and a propylene-glycol coolant for dissipation. Pump speed is not controllable by the user, unlike the Kraken coolers, and the impeller is the usual three-finned electromagnet that we’ve seen countless times before.

Within the pump housing rests a foam damper for handling noise, along with a diffuser plate for evening the distribution of the RGB LED backlighting. EVGA’s PCB is more similar to Corsair’s than to NZXT’s, meaning it’s almost certainly an Asetek design start-to-finish. That said, EVGA does permit firmware updates by the end user, and also permits user profile storage on the device. This means that you could configure the RGB LEDs as desired, then disconnect the cable; the lights would remain on the pump plate.