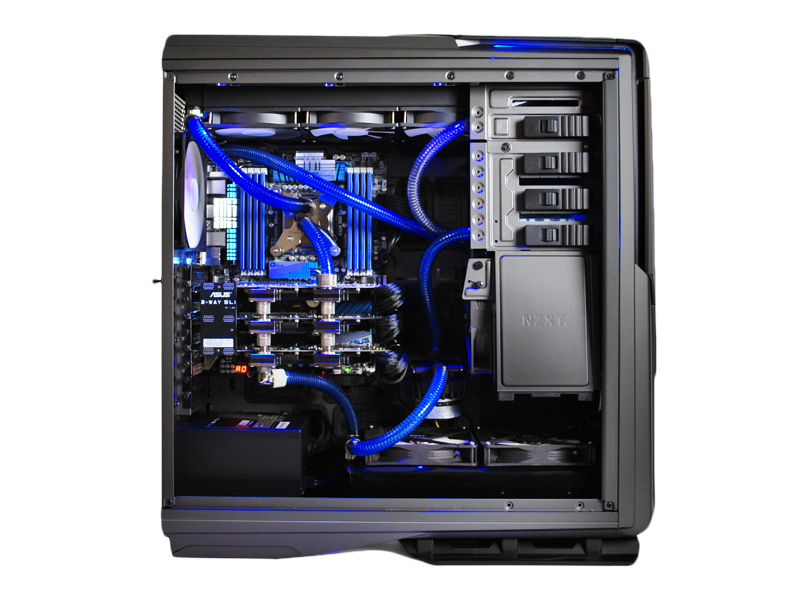 It seems that "X slots for optional fans" has become a sort-of marketing trend of late, with every case manufacturer finding a way to offer 7, 8, 9, 10 extra fan bays on their cases. We recently built a smoke chamber (videos impending, it needs a few final tweaks) to test case airflow when filled with the stock fans or maxed out, and in general - almost irrespective of intake/exhaust configuration - vortexes and dead-air spaces form throughout cases with maximized fan occupation (depending largely upon case design).

While surveying the below graphs, keep in mind that we found that adding an additional 140mm fan to the bottom significantly impacted the video card, dropping its temperature an extra 7C on average when under load. That's significant enough to put the Phantom 820 up there with the HAF X. We also noticed, however, that installing an extra 200mm fan in the top as exhaust increased CPU temperature by an average of 3C; I believe this is a result of a conflicting air current that is forming, as the CPU intake is facing the front of the case and will be fighting the additional top fan for cool air. With this in mind, if you're considering adding extra fans, just add a 140mm bottom-mounting fan (assuming you have a modular PSU, otherwise there's no room).

All of our testing is conducted in a temperature-controlled environment. Ambient is between 21C and 22C for case airflow tests. The graphs measure temperature in Delta over Ambient (C) - so the ambient temperature is subtracted from the component temperature.

Each test is initiated with a cold boot, where the system will sit idle for 15 minutes and collect thermal data. We use CPUID HWMonitor for thermal logging and tracking. After this idle time, the system will launch a Prime95 instance running eight torture threads on Large FFTs for maximum heat and power utilization. This is run for 15 minutes, throughout which the logging utility will collect the data we used in the below charts. Another 15 minute cool-down time (idle) is allowed after the Prime95 instance is completed, at which time an instance of FurMark launches and tortures the GPU with its 15 minute burn-in test (1080p). A final round of idle time is allowed to ensure data consistency.

This thermal test pits the Phantom 820 against the HAF X, Thor V2 (reviewed here), and Rosewill R5 (reviewed here). The Thor V2 is our mid-range option, the HAF X our upper-range, and the R5 was an attempt to see if a sub-$100 case could hold its own against the behemoths.

We ran the Phantom 820 on three fan settings: Max RPM, low RPM, and Off. The final measurement will, of course, be considerably higher - but consider it an exercise in curiosity. The Thor V2 and Rosewill R5 were both maxed. 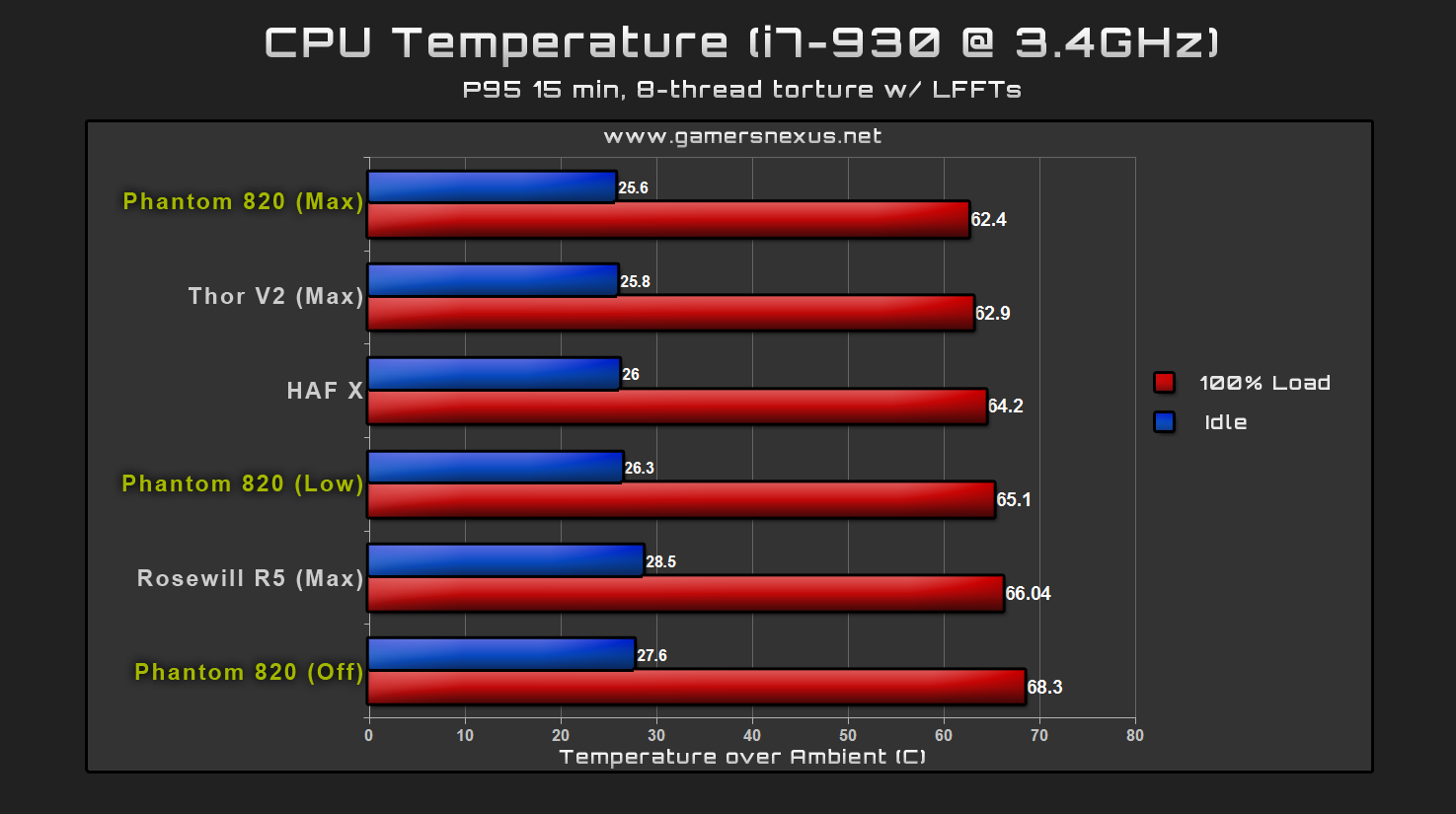 The Phantom 820 does well when the RPMs are completely topped-out (and is still reasonably quiet), though the Thor V2 gives it a tight run for its money (within margin of error that is presented by the thermal probes) and is considerably cheaper, so if performance is all you're concerned with, the Thor V2 may be worth deeper research. 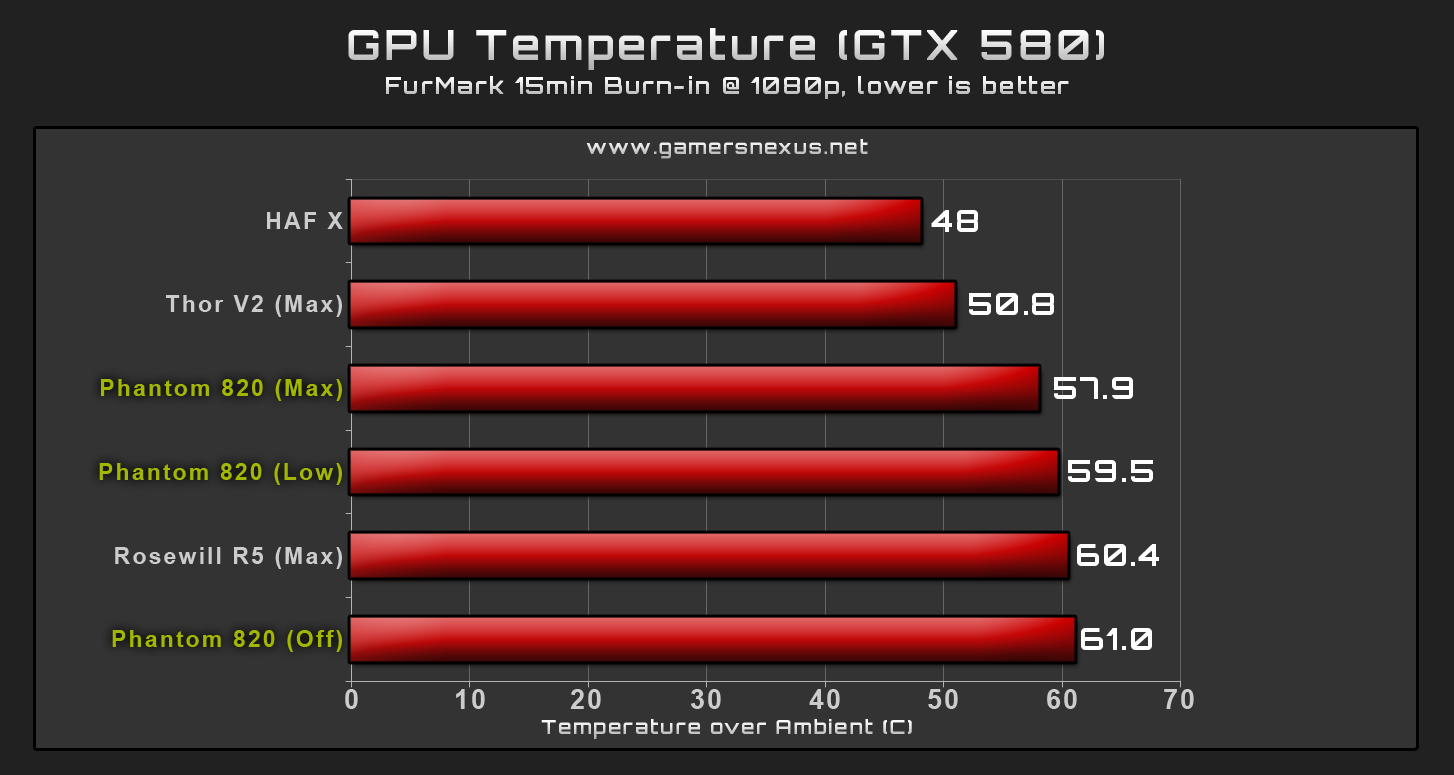 In our GPU graph, the HAF X exhibited superior cooling efficiency (potentially due to its directional airflow as a result of the GPU channeling interior plastic or fan positioning); the Phantom 820 seems to offer subpar GPU cooling performance for its price range, but adding a fan to the bottom slot overcame this disadvantages and showcased an average temperature of ~51C to 50C.

The Phantom 820 has a lot of features, a lot of support for intermediate and expert builders alike, and is poised to clear the way for enthusiast excellence. I'll reiterate what I opened with: I've never worked with a case that made system building so easy. Cable management is straight-forward and clean, performance is acceptable at stock settings -- though an added bottom 140mm fan will greatly improve GPU performance -- and it's easy to work with internally due to its sheer size. 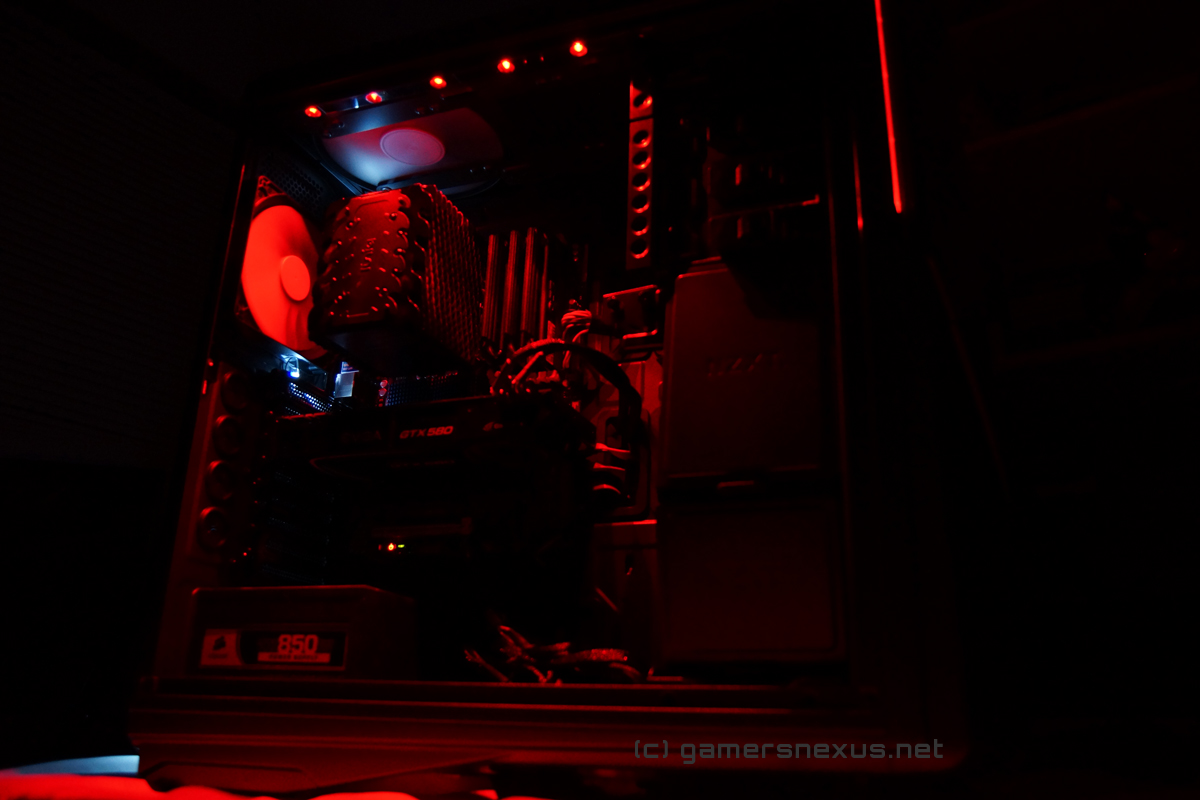 The $250 price is, realistically, a fair one -- however, that doesn't make it obtainable. Given the Thor V2's close performance and excellent featureset, system builders with a smaller budget may want to look into that option prior to dropping twice as much on the Phantom 820. That said, I do want to make it clear how happy I was with this case; as I mentioned in the video review, it's a lot harder to stomach $250 vs. $199, so if the case ever drops in price, I think it deserves to be on every system builder's radar.

The Phantom 820 is the ultimate in enthusiast computing; it has an enormous amount of component space, support for high-end liquid radiators, room for expansion, and enough toys to keep you occupied. If you're already maxing-out your internals, it makes sense to max-out the chassis, too. On the other hand, if an extra $100 would purchase you a noticeably better gaming experience through the likes of a GPU or SSD, then I'd personally recommend going that route and buying a more affordable case. 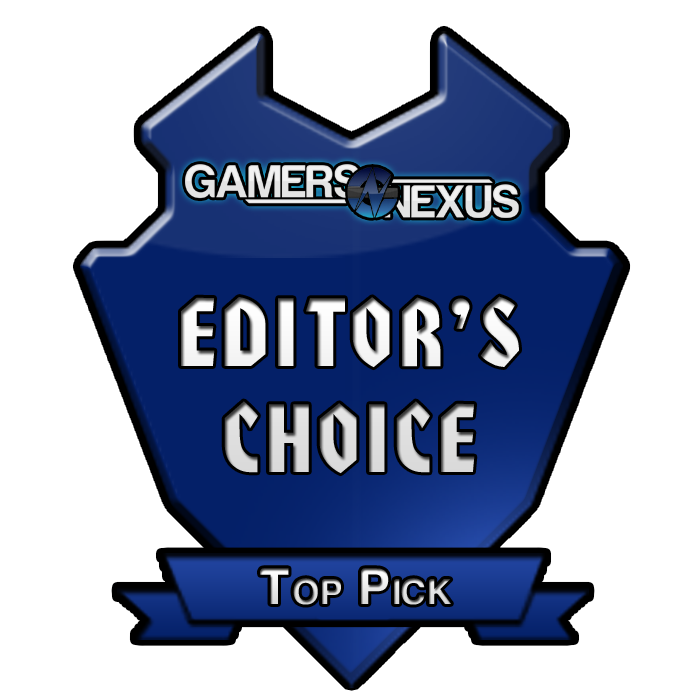 There are plenty of areas for improvement, of course, and when we asked Tuan Mai of NZXT's Marketing staff what they planned to do next, he simply said: "I believe there's always room for improvement, so it's definitely safe to say the Phantom 820 will not be the final Phantom. I can't say much at the moment, but I assure you our product team has an exciting answer to this question."

Special thanks to GN's Space_man and Nick Pinkerton for editorial support.