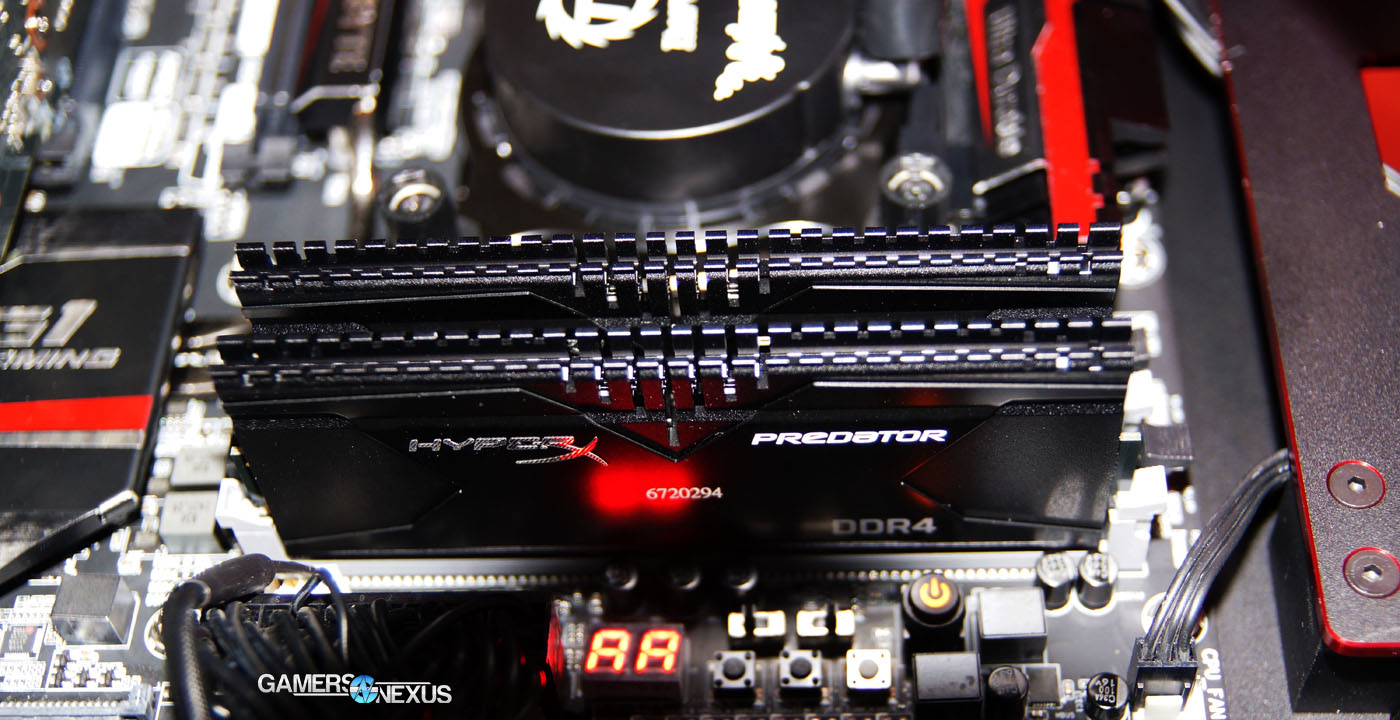 We previously touched on the price changes in the DDR3, speculating that one of the reasons for fluctuation was the manufacturers beginning to gear-up for DDR4. Although prices did peak around the $90-95 mark (2x4GB @ 1600), they have been coming down gradually and currently sit around $75-80 (2x4GB @ 1600). This might cause one to think that the push to DDR4 acceptance isn't happening as quickly as expected.

With the release of the X99 platform and general stability of the server market, demand for DDR4 is beginning to show itself. The “standard” 16GB consumer kits (4x4GB sticks) are currently around $330 and should be steadily dropping as more platforms are released to take advantage of the new RAM.

We reached-out to a few memory manufacturers to discuss the adoption rate for DDR4 memory, primarily relying upon history (DDR2 to DDR3 adoption) to determine the most probable switch-over date.

Before we go much more into speculating on what the market is likely to do, it might be worthwhile to look at a few of the features of DDR4. We previously explained some of the manufacturer naming conventions and touched on a few of the advantages.

A few of the key features of DDR4 are:

DDR4 manages to push high performance at a low power consumption, somewhat of a trend for the industry. The most widely available speed of DDR4 is 2133MHz, but most hardware can easily achieve 2800MHz without having to increase the voltage. The world record that was just set (and broken the following month) with DDR3 shows just how much can be achieved with OC effort; we'd imagine these milestones will be overcome as DDR4 becomes more prevalent, if we're looking strictly at clockrate.

“Intel's roadmap features many platforms at many levels that support DDR4 in the coming year. Haswell-EX, Broadwell-E, and Broadwell-EP support DDR4 in 2015. Sky Lake can support either DDR3 or DDR4, depending on the system manufacturer and the type of Sky Lake platform they are building.”

New platforms in 2015 aren't the only factor of widespread DDR4 adoption, though. DDR4 will remain expensive in the early stages, with a safe expectation that prices will drop and stabilize sometime in 2016.

This adoption of a new memory platform was last seen when DDR2 transitioned to DDR3. Mohney told us that it was about 3 years after the DDR3 (~2007) launch before we saw the wide switch-over in 2010. DDR4, if following suit, was released in 2013 on the server side which places full transition in 2016. The market is slightly different this time, though, given X99's leading charge into DDR4 prior to server demand driving down cost.

It is our informed speculation that the second half of 2015 will see semiconductors ramping up the 25nm wafer production, which will also see DDR3 prices potentially going up more as DDR4 starts to take over.

Increased 25nm fabrication and the DDR3-DDR4 switch-over will lead to a couple possibilities. The first is availability. Keeping memory modules hard to get will artificially inflate the prices of memory-enabled devices (phones, tablets, console releases, etc.), which will increase supplier profits. Being that there are only 3 semiconductor producers left, an oligopoly controlling prices is possible. The second possibility is that perfecting the wafer process to achieve a stable volume of quality DDR4 may take longer than expected, creating a legitimate supply shortage.

Until the ramp-up in mid 2015 starts, it's impossible to tell how likely the latter is. Given these possibilities and the market's continued focus on mobile memory, it's likely that the 2016 mark for prices to drop and stabilize might be a bit generous.

Unfortunately, this does make speculating on the future prices of both DDR3 and DDR4 difficult. Most of our gaming audience should wait on DDR4-driven purchases, given the limited gains (lower TDP is the primary advantage; games don't make much use of better RAM). Unless you're already buying an X99 or other DDR4-enabled platform (for other reasons), it's tough to justify a RAM-driven purchase.

Higher-end production and enthusiast setups may find it worthwhile to spend more money upfront. I don't expect we will see it drop to the unprofitable levels that DDR3 managed to hit (anyone remember 2x4GB for $50?), but settling somewhere around the $125 mark for 16GB (half of what it is right now) shouldn't be unreasonable. Note that it will take a couple years to get there, largely hinging on semiconductor manufacturers.

It might do the industry a lot of good if another semiconductor manufacturer opens up and puts out quality work. If you're reading this and happen to have a spare multi-billion dollar fabrication plant, production line, warehouse, and the technicians and engineers needed, give us a shout.