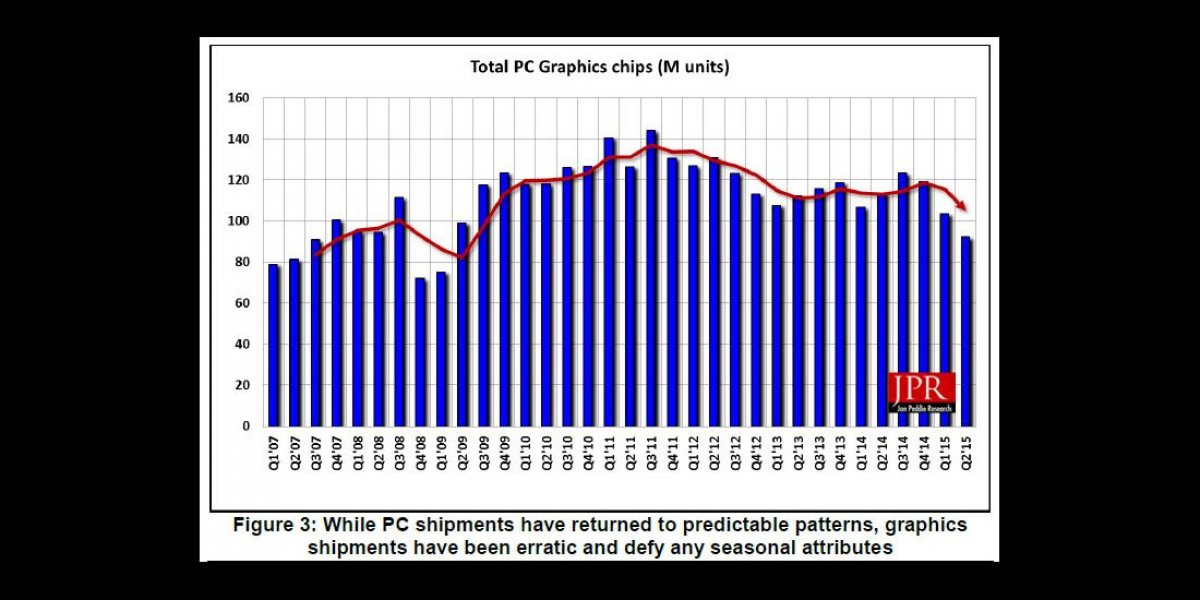 We're told that nVidia's dGPU shipments have fallen 16% from last quarter, AMD's 26%, and Intel's 7.4%. The report underscores that Q2 results are typically down 6.86% due to seasonal volume shifts – something that we have observed 'clinically' through our own user interaction – but states that this is the lowest point in ten years.

It is key to note that a heavy saturation of new GPU shipments in the past two months could see an upswing in sales in Q3.

The JPR report states that AMD has fallen 25.8% in sales volume over last quarter, a combination of APU, dGPU, and notebook deployments. Individual verticals are ranked as:

Of nVidia, the report notes a total PC graphics segment decline of 16.2% over last quarter. Individual segments are ranked as:

We suspect that industry trending toward new architectures and product launches has contributed to this greater-than-average decline. We're curious to see what 3Q15 looks like. With Skylake now shipping, nVidia's lineup maturing, and AMD's Fiji architecture shipping, it could be that the consumer market was "on hold." Recent press conferences from all three major manufacturers have indicated a period of growth for the dedicated enthusiast market -- an admittedly small niche of the greater whole -- which is, in the least, comforting news for PC enthusiasts.