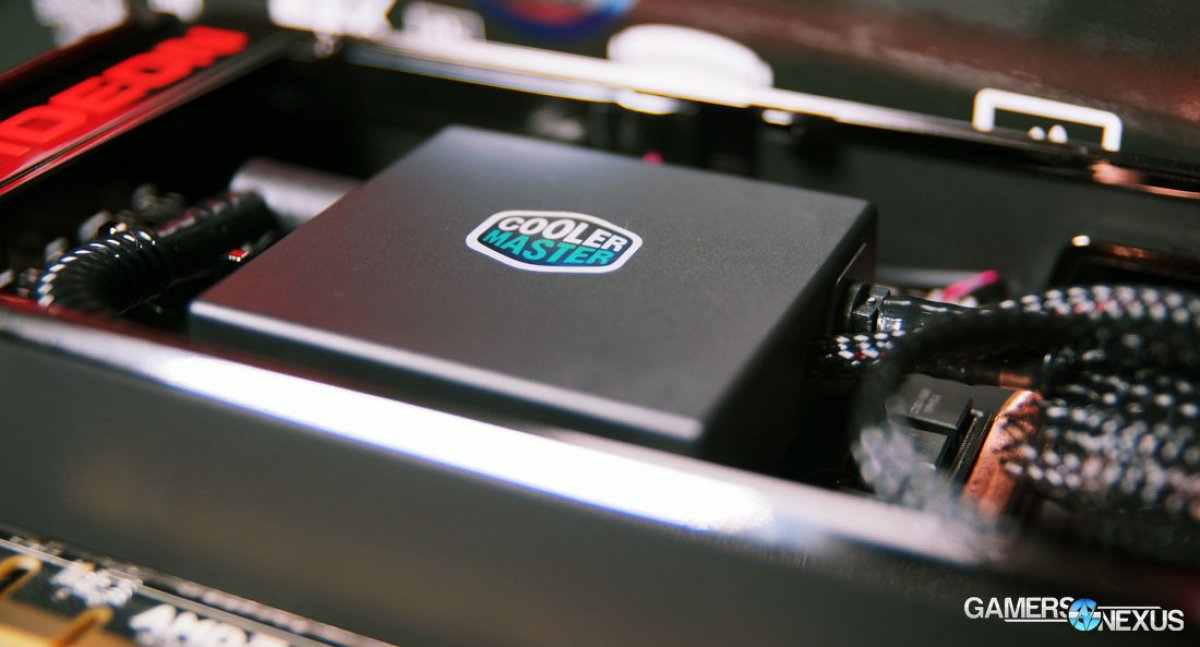 Liquid cooler supplier Asetek revealed to GamersNexus that the cooling manufacturer has expanded its legal pursuit of products allegedly infringing upon patents. The company has now issued Cease & Desist orders to AMD over the sale of its liquid-cooled R9 Fury X. This news coincides with additional Asetek-dispatched C&Ds that AIB partner Gigabyte halt sales of its WaterForce video cards, a development we predicted would happen in a previous write-up.

We previously broke the story that AMD’s R9 Fury X could be jeopardized by Asetek’s patent victories against Cooler Master, who supply the CLC in the Fury X. Cooler Master (CMI) was originally demanded, by judge and jury, to pay Asetek 14.5% royalties for the sale of all infringing Seidon, Nepton, and Glacer products. The Glacer products, interestingly, are effectively CM-rebrands of a Swiftech cooler that was pulled from US markets, also following a 2013 Asetek C&D. We’d speculate that Swiftech was granted indemnity by CMI upon the purchase of its H220 CLC, later sold as the Cooler Master Glacer, as the H220 creator has managed to avoid further public legal action involving Asetek.

Following Cooler Master's non-compliance, the company was later demanded to halt all sales of its infringing CLCs and pay double royalties for non-compliance, as it holds no licensing agreement with Asetek for the company’s patented pump design. This, we wrote, seemed likely to impact the Fury X by extension.

The newest development has spread in that direction. In a statement to GamersNexus, Asetek wrote:

“Asetek’s attorneys have recently sent cease and desist letters to Gigabyte, demanding that it cease selling Giga-Byte’s GEFORCE GTX 980 Water Force (sold under at least model number GV-N980WAOC-4GD) because it contains the Seidon 120M found by the court to infringe Asetek’s patents.

Asetek’s attorneys have also written a cease and desist letter to AMD, demanding that it stop selling its Radeon R9 Fury X product, because it infringes Asetek’s patents.  Our attorneys have had some difficulty obtaining a Gigabyte GV-N98TXTREME W-6GD, but we expect to receive and analyze one very soon for infringement.”

Whether or not AMD and Gigabyte cooperate with these C&Ds remains to be seen, but even objection to or delay of compliance will not stop the possibility of collateral damage through retailers. Depending upon how seriously leading retailers handle this news, primarily Newegg and Amazon, there could be a drying-up of availability for some of these devices even as the legal encounter develops.

In its email to GamersNexus, Asetek recapped recent events from its perspective:

“There is no licensing agreement in place with Cooler Master, nor do we plan to offer any in the foreseeable future.  Asetek sued Cooler Master and CMI USA, Inc. (Cooler Master’s US affiliate) for infringement of Asetek’s US Patent Nos. 8,240,362 and 8,245,764, and the jury found that the Cooler Master products at issue infringe Asetek’s patents and awarded damages to Asetek.  The judge also entered an injunction prohibiting Cooler Master and CMI USA from importing or selling the accused products in the US, and the judge awarded enhanced damages because of continued sales after the jury’s verdict.  The injunction states ‘[a]s used herein, Infringing Products shall mean the following Cooler Master products: Seidon 120M, Seidon 120XL, Seidon 240M, Seidon 120V, Seidon 120V Plus, Nepton 140XL, [Nepton 280L], Glacer 240L, and products not more than colorably different from them.’”

We’ll stay on top of this story through its intriguing progression, as we’ve done over the past few months. For a "Who Makes Who?" list of CLC suppliers and manufacturers, see our OEMs & Brands post.

Update: AMD responds to GamersNexus' request for comment. Read that over here.