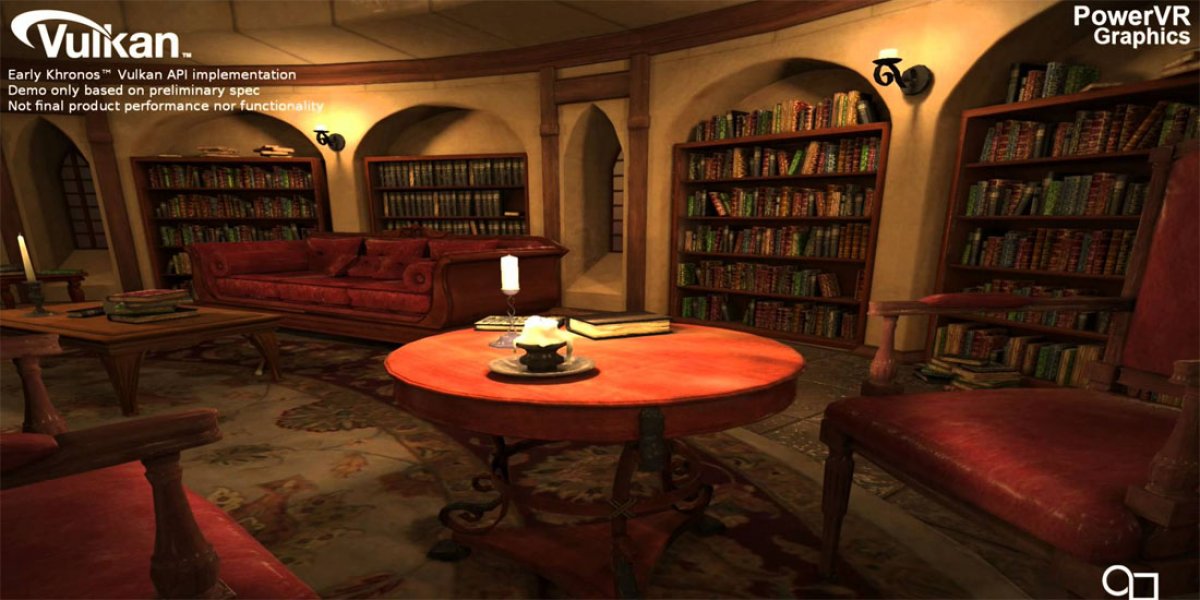 Within the gaming world, our previous interview with Chris Roberts revealed that Star Citizen is hoping to eventually adopt Vulkan at some level, though the team is presently busy with DirectX 12 and 11 optimizations.

Today marks AMD's announcement that it has officially worked with the Khronos Group to ratify the Vulkan 1.0 specification, defining the future for an OpenGL-based API that competes with DirectX 12. Vulkan (sometimes called “OpenGL Next”) contains significant parts of Mantle's philosophy and code, and bills itself as a more universal API through its utilization on non-Windows devices. Vulkan should eventually find itself on mobile and Linux operating systems and, with the right development support, will reduce pipeline bottlenecks for gaming and production applications. Interesting for users of “old” Windows operating systems, Vulkan is also supported on Windows 7 and 8.1, a counter to Microsoft's exclusivity of DirectX 12 to Windows 10.

“As a complement to OpenGL, descended from AMD’s Mantle, and forged by the industry, Vulkan is a powerful low-overhead graphics API that gives software developers deep control over the performance, efficiency, and capabilities of Radeon GPUs and multi-core CPUs. Compared to OpenGL, Vulkan substantially reduces API overhead, which is background work a GPU or CPU must do to interpret what a game is asking of the hardware. Reducing this overhead gives hardware much more time to spend on delivering meaningful features, performance, and image quality. Vulkan also exposes GPU hardware features not ordinarily accessible through OpenGL, and uniquely supports Windows 7, Windows 8.1, Windows 10, Android, and Linux.”

In its statement issued to press, AMD's Raja Koduri said:

“The release of the Vulkan™ 1.0 specification is a huge step forward for developers. The Vulkan™ API, which was derived from Mantle, will bring the benefits of low-overhead high-performance Graphics API to the benefit of cross-platform and cross-vendor targeted applications”

We can only imagine that Koduri verbally spoke each “Trademark” identifier in his statement.

As a part of this announcement, AMD is making available a public AMD Radeon driver for Vulkan development. The driver is a beta build and is mostly meant for developers. The graphics company tells us that its driver works with Vulkan to expose GPU-level hardware features.