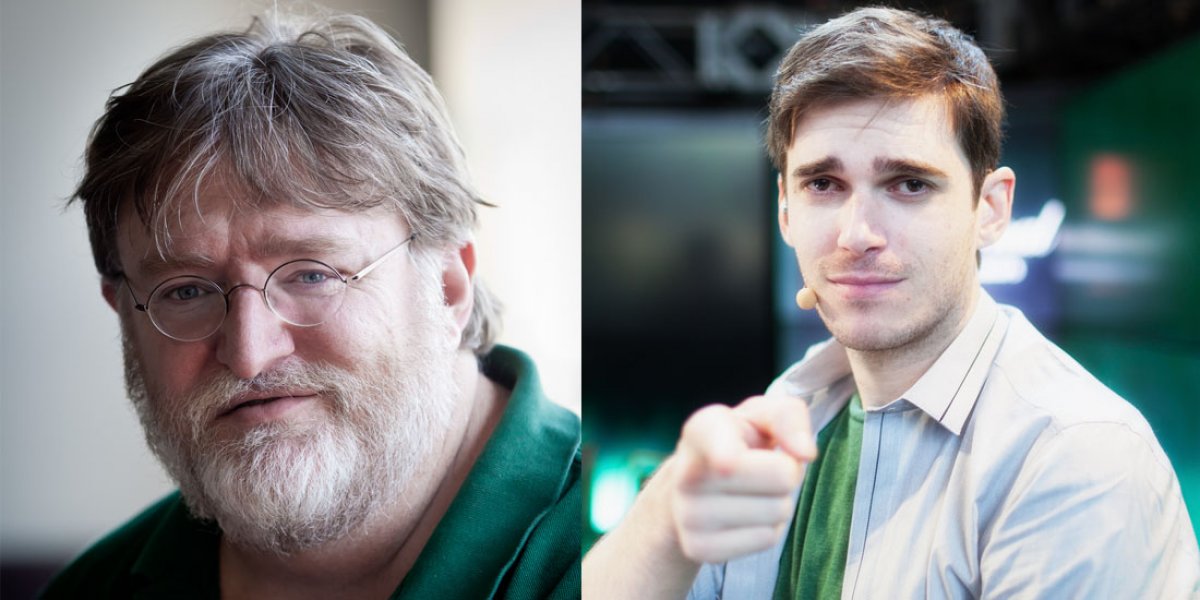 1) James. We've had issues with James at previous events. Some Valve people lobbied to bring him back for Shanghai, feeling that he deserved another chance. That was a mistake. James is an ass, and we won't be working with him again.

2) As long as we're firing people, we are also firing the production company that we've been working with on the Shanghai Major. They will be replaced, and we hope to get this turned around before the main event.

As always, I can be reached at This email address is being protected from spambots. You need JavaScript enabled to view it..

The response is questionable in its professionalism and prompted a seventeen-page retort from caster James “2GD” Harding, who recounted an entire history of Valve's failure to pay casters, his own experiences, and Valve's lack of understanding regarding 2GD's casting style. 2GD's camera presence is reflected by a personality which is loose and playful – potentially seen as 'unprofessional' by the wrong audience – and that's exactly what DOTA creator Icefrog asked for when hiring 2GD for the event: “Just be yourself @ the desk, people like you for who you are […] whatever you want to do is fine.”

It'd seem, then, that Valve would be aware of what they sought – an entertainer hired not for knowledge of the game, but for an ability to magnetize viewers during the hours of delays between matches.

In 2GD's public statement, the caster made clear that he took issue with Newell's personal attack:

“I decided I should release a statement. I wasn’t sure what kind of statement. Because there are various parties involved. So I slept on it and Valve asked me to ‘Put it on ice’ yesterday, so sleeping on it seemed a good idea.

But now, upon waking. I read today on reddit:

'James is an Ass’ - GabeNewellBellevue

This is a small quote from Gabes statement. But since I work a lot with various other companies, this also highly affects my business reputation.

Gabe, You are not an ass. I’m sorry If you don’t like my on camera hosting and if that is why you let me go, fine. But understand I try to entertain the customer. Something you at Valve taught me. Focus on the customer. If you want me off that's fine, It’s your show. but next time please do it professionally. I think it was the wrong decision to do so either way. I have done nothing here I haven’t done before with the Dota2 community and they were enjoying it, maybe you are slightly disconnected from your own community? If you wanted something different don’t hire me or tell me in advance what performance I am meant to give. Did you notice the difference between this performance and the ones I gave at TI? because your company gave clear instructions.”

2GD continues on to dissect his entire performance with the company, including times when he may have been “annoying” to the Valve team. One such instance pertained to caster pay – a repeat problem in 2GD's recount of Valve's history:

“The only small problem I saw while there after talking with others was... no one was getting paid….. Only me? I’m like wtf… So you're paying me because I’m not involved in dota 2. but your dota 2 casters are not getting paid. Owning my own agency and working with countless talent over the years. This for me is a big no no. […] I start conversations with Valve during the evening over drinks. Explain that, These people make very little all year round atm. But they help build your community, they help market your game. If they leave this event paid they can continue to put time and effort into Dota 2, […] The one Valve employee I spoke to the most who kicks ass obviously talked with the team and by the end of the event and EVERYONE got paid!”

2GD later describes the TI4, where casters were only paid based on how many “signatures” the fans purchased – one dollar microtransactions. Valve had, in essence, turned its contractor payment into a crowdsourced endeavor; the fans were now responsible for paying the salary of their favorite casters (2GD recalls fifty percent of each purchase going directly to Valve). For sake of clarity, TI4 had a prize pool of nearly $11 million.

From 2GD's recount of the payment model:

“Valve have made a lot of decisions that has taken the event backwards in my opinion, further away from esports and more into sports. including these problems we do not get paid for our time as hosts only signatures…

Remember those? Well basically our pay was 0. but we got money every time someone would buy an item and add our ingame signature. So if you added my signature for a dollar. I think I got 50c or the whole dollar. I cannot remember. So valve turned the talent into signature salesmen and women. Everyone is in a bad mood. Though luckily a lot of talent talk to Valve and we got this changed and had a base payment no matter how many signatures we sold. but If we sold a lot of signatures we get more than our base salary. If we do not they will give us our base pay. So…. they outsourced all talent costs :) gg. But to explain. if I’m paid 10k, and I sale 11k signatures for 1 dollar each. I am paid 11k. If the sigs gave us 1 dollar. If I’m paid 10k and sale signatures for 2k. I am paid 10k. got it? good!”

2GD describes himself as the one other casters looked to for resolution of production problems or treatment which was perceived as unfavorable or unfair. His drill-down into Valve's changing strategy points toward an attitude and presentation that more closely coincides with, for instance, the ESPN sports model than the current eSports atmosphere.

For the immediate future, it's safe to assume that 2GD will not be hosting any current DOTA2 events.

We have reached-out to 2GD for an interview pertaining to these events. Valve has not made further statements since Newell's reddit comment.