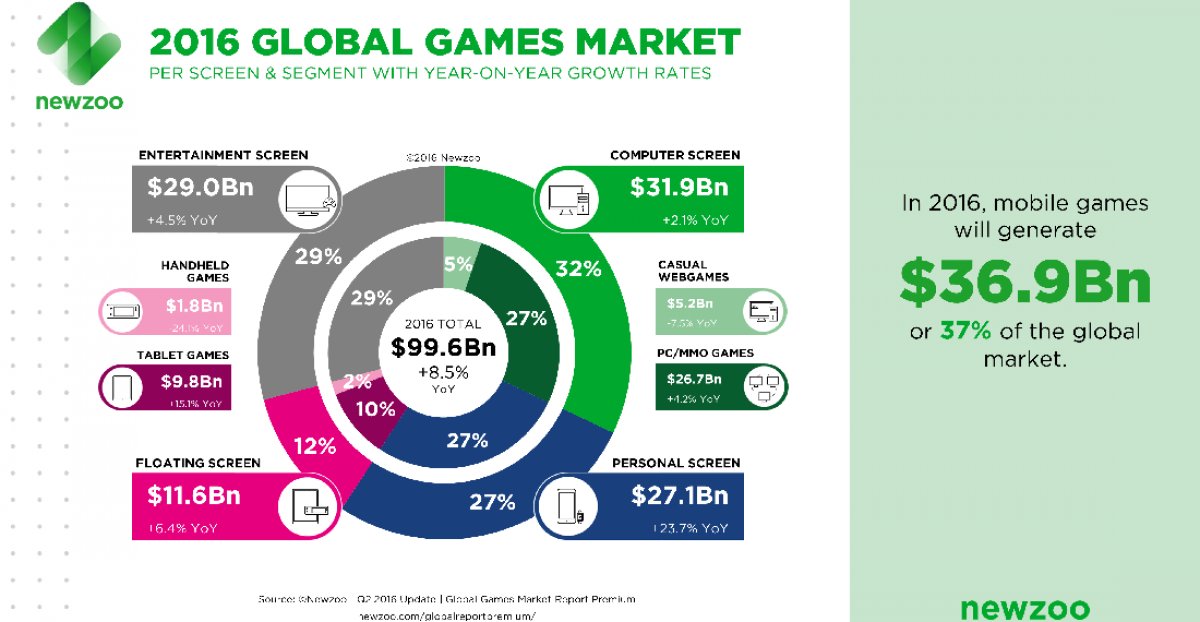 Industry analyst Newzoo reports that PC gaming is now projected to generate $31.9 billion in game software sales annually, or 32% of annual global games market revenue with +2.1% YoY growth. Its closest and longest competitor, console gaming, is projected to generate $29.0 billion in 2016 (29%) with a +4.5% YoY growth. Despite this growth pattern, both device categories are expected to stagnate in marketshare through 2019, their segments beset upon by mobile devices. 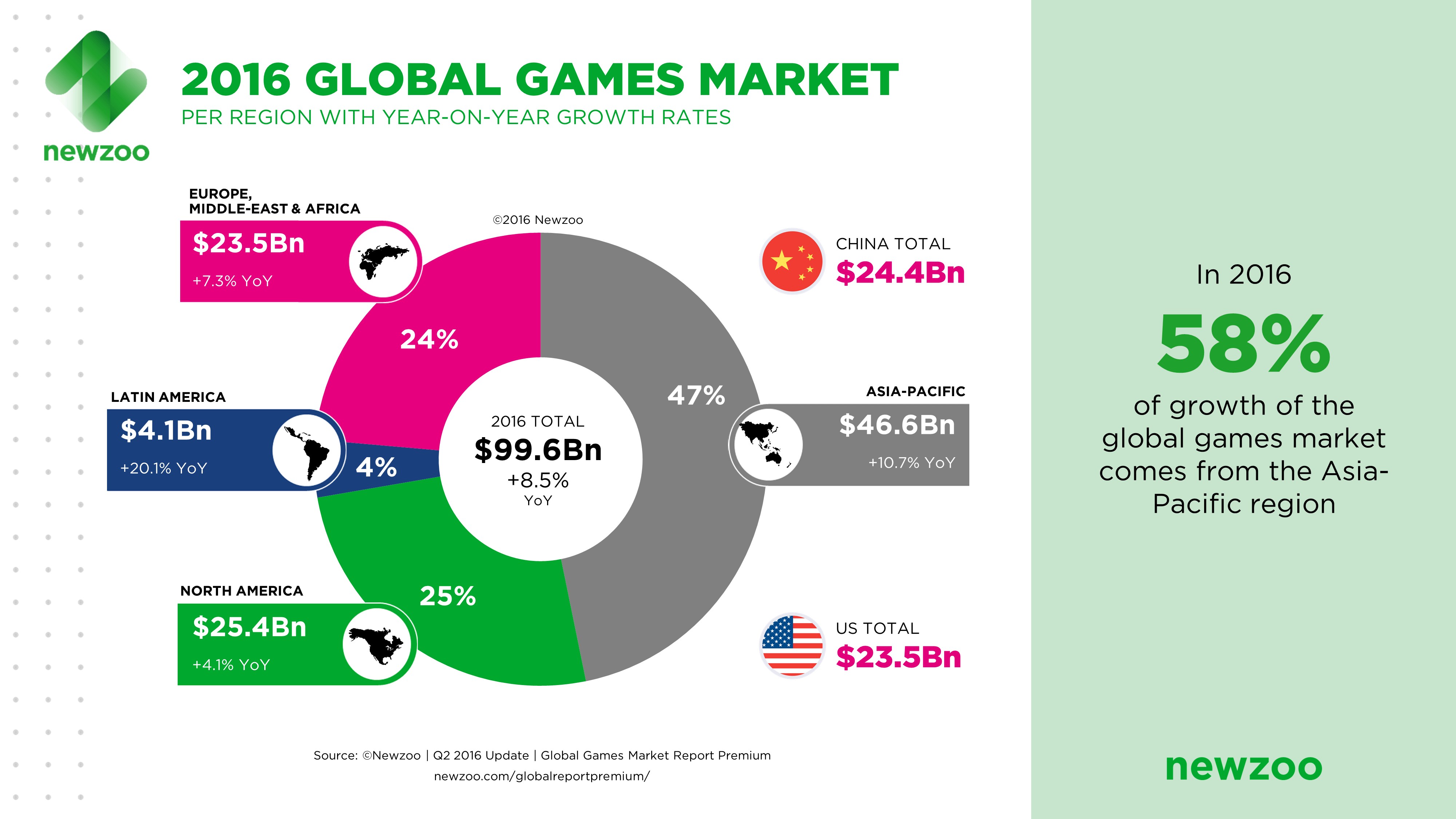 The total games industry market is projected to hit $99.6 billion in 2016, consistent with previous analyst projections. VR is accounted for in each of the above core categories.

Perhaps unsurprisingly, the global games market is largely fueled by the Asia-Pacific region (58%), with North America following at 25%. The US and Canada jointly drive $25.4Bn in revenue to the industry, Europe, the Middle-East, and Africa (a single group) drive $23.5Bn, China alone pushes $24.4Bn, and Asia-Pacific as a whole drives $46.6Bn (including China).