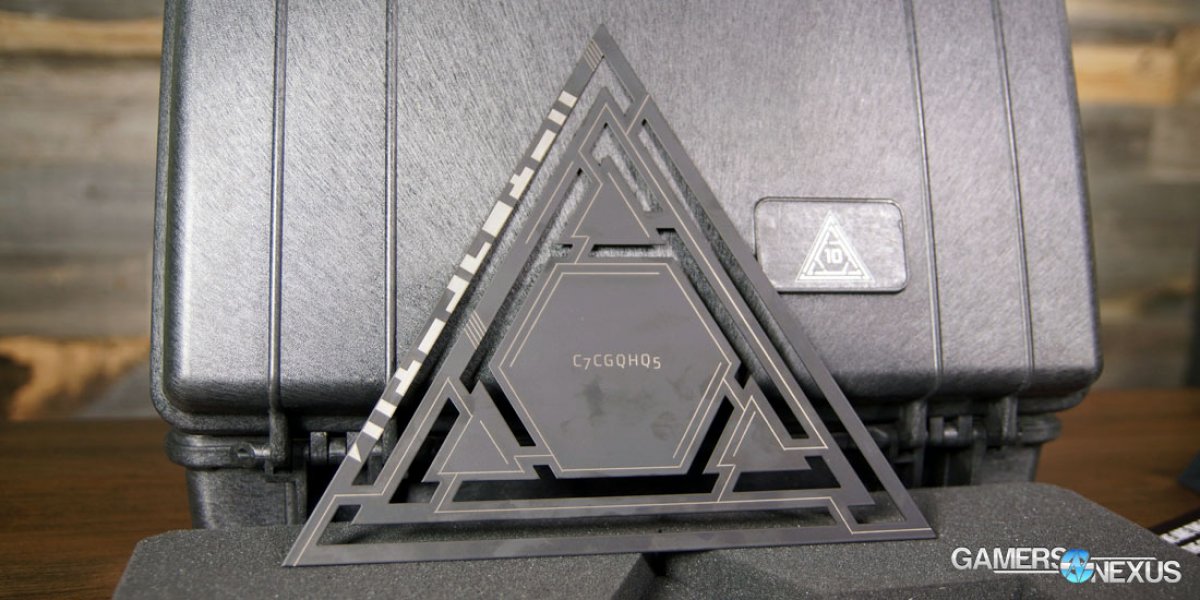 Here's what Patrick wrote for inclusion in this piece: 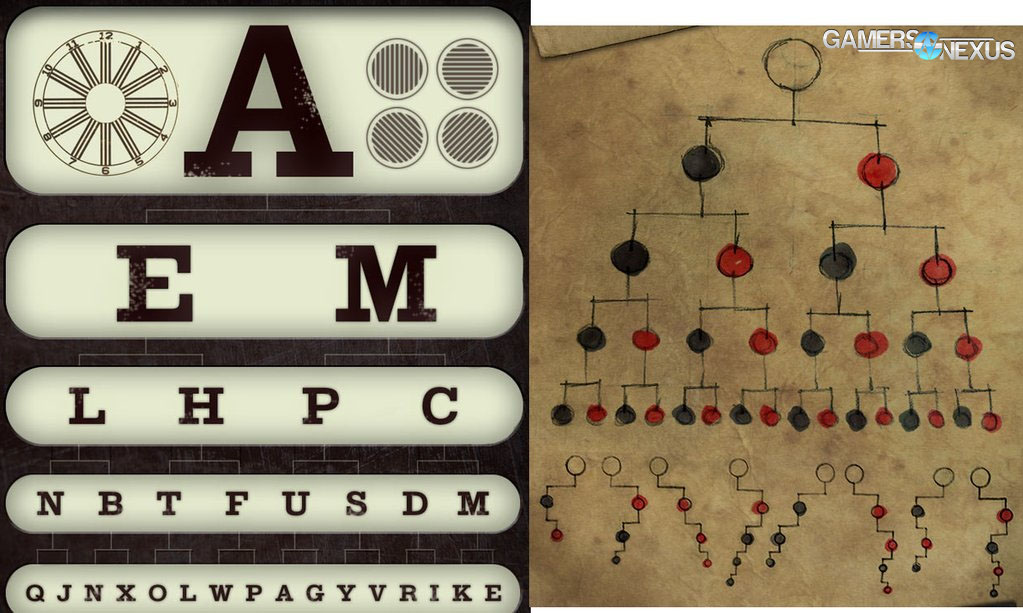 This morning, Steve and five other video gaming personalities (Jack Patillo of Rooster Teeth, Twitch streamer FazeDirty, Chris Barr of SlashGear, Dennis Dunhamel of Force Gaming, and Devindra Hardawar of Engadget) received briefcases emblazoned with a mysterious Order of 10 logo and containing a metal triangle, a URL, and a code.

When entered into the website, the codes unlocked six sections of a hexagon, leading to six other pages. As of this writing, someone hasn’t entered their code—but five sections were enough to reveal three encoded strings, with a corresponding code alphabet that translated to FINDTHE HIDDEN DIRECTORY. It’s certainly possible that this is the directory, but it’s not working right now–possibly because not all the pieces are unlocked.

Right now, we know that the binary tree on the Stepped Reckoner page corresponds to the eye chart on the Vision Test page, encoding the word “HUMANITY.” We also know that the squares with numbers on the Tesselation Waves page correspond with the empty squares with lines on the Circling of Stars page, with the numbers (from shortest line to longest) 17, 16, 15, 18, 9, 10, 5, 14, 7, 2, and 9, but we don’t know what these numbers correspond to themselves. We can also assume that the numbered vertices of the cube on the Anomalous Material page will correspond to something on the final, locked page.

This is obviously from nVidia. HG Wells' page directly calls to attention that the writer inspired two scientists. A quick Google search revealed that one of those two is Fermi – as in the GPU architecture from GTX 400/500 cards. Fermi, in nVidia nomenclature, led to Kepler, led to Maxwell, leads to Pascal (and eventually Volta).

It's something to do with Pascal. We're just not sure what. The “Fermi” hint is all that was really needed to determine the source, though. My original thoughts were that the box came from either AMD (“Polaris 10”) or NVIDIA (“10XX” cards – e.g. 1080). AMD wouldn't reference Fermi, though.

Or, and this is possible, it's all an elaborate scheme to advertise the maker of the briefcase. They had their business cards stuck in a “hidden compartment” under the triangle. 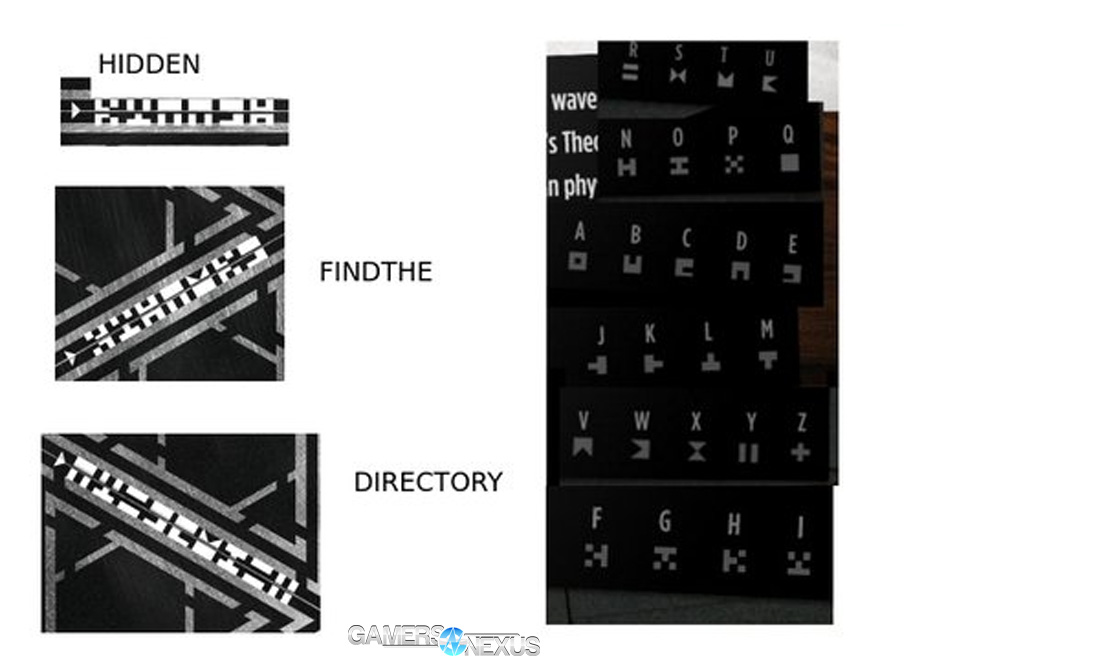 We have been working with Jack Pattillo of Rooster Teeth to decode some of the messages. In addition to the earlier-decoded "HUMANITY" text, Pattillo has determined that "ENLIGHTENED" emerges when mapping the HG Wells page to the Collision page. You can find his original tweet about this discovery here. 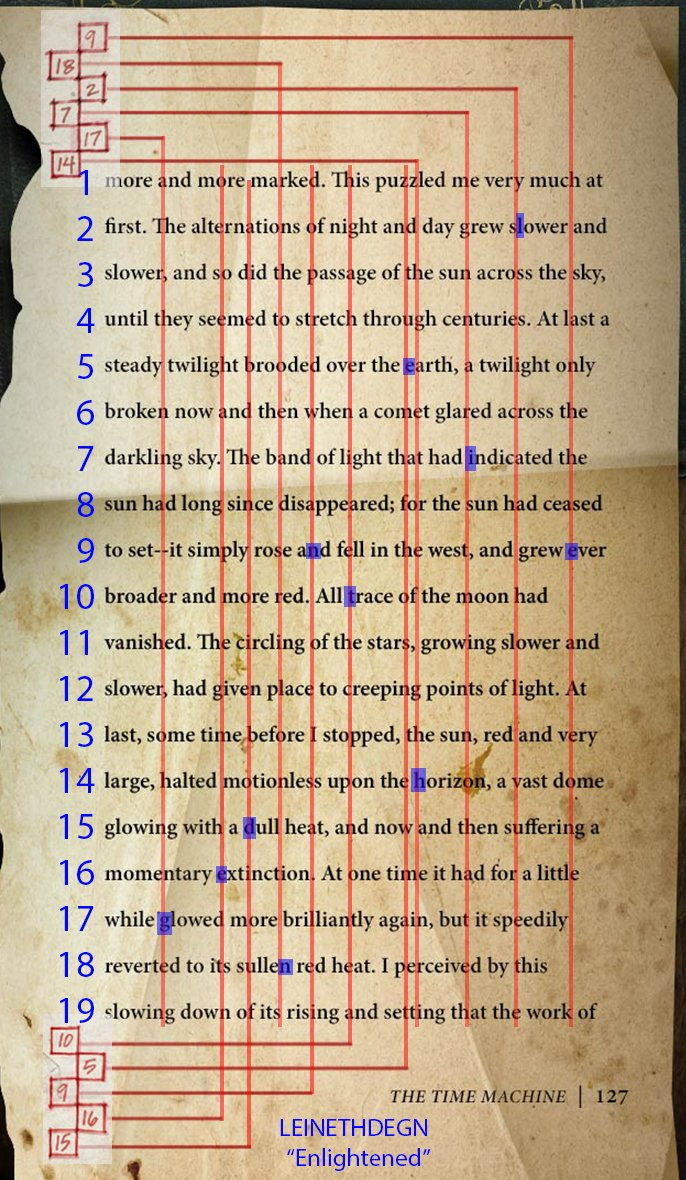 Our own Patrick Lathan has also made some new connections, discovering that multiple copies of the same pieces were dispatched to multiple editors. It appears that Statesman, an Austin local paper, received the same piece as we did. Lathan noted the following in an official GamersNexus tweet:

It appears that each piece requires a unique URL for activation. Attempting to enter our code (shown in the photo above) into Pattillo's /inspiredmicrocosm page will not work, and returns "INVALID REALITY." The specific semantics of this text could potentially indicate that this is actually a VR unveil, not necessarily related to our earlier Pascal suspicions (which would be a convenient fit for "Order of 10[80]"). The earlier HG Wells-Fermi tie could also be a red herring, as HG Wells also inspired Gernsback, who created "Television goggles" in 1963 -- a head-mounted device. 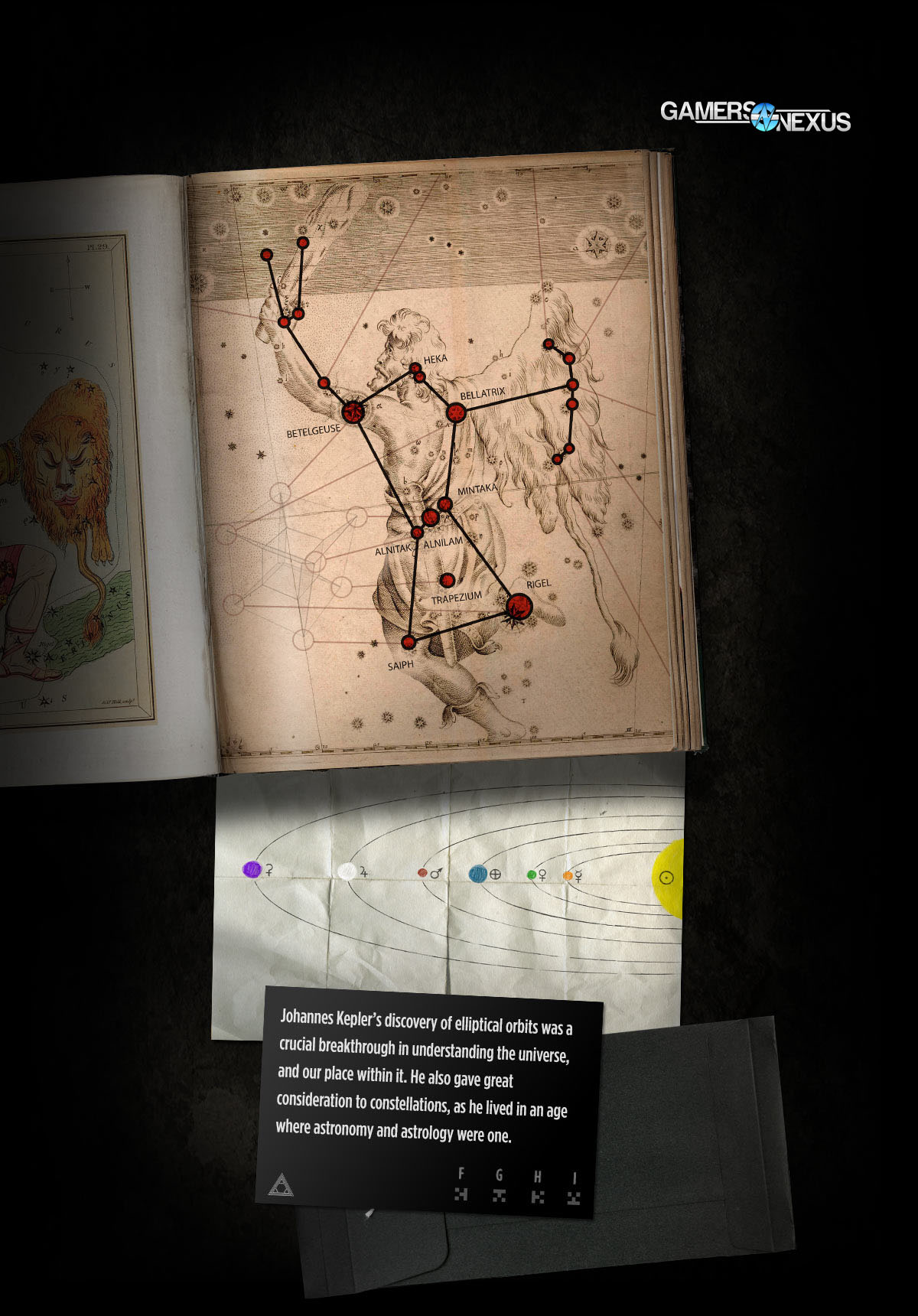 We are working with this so far, but not sure if it is the right path: 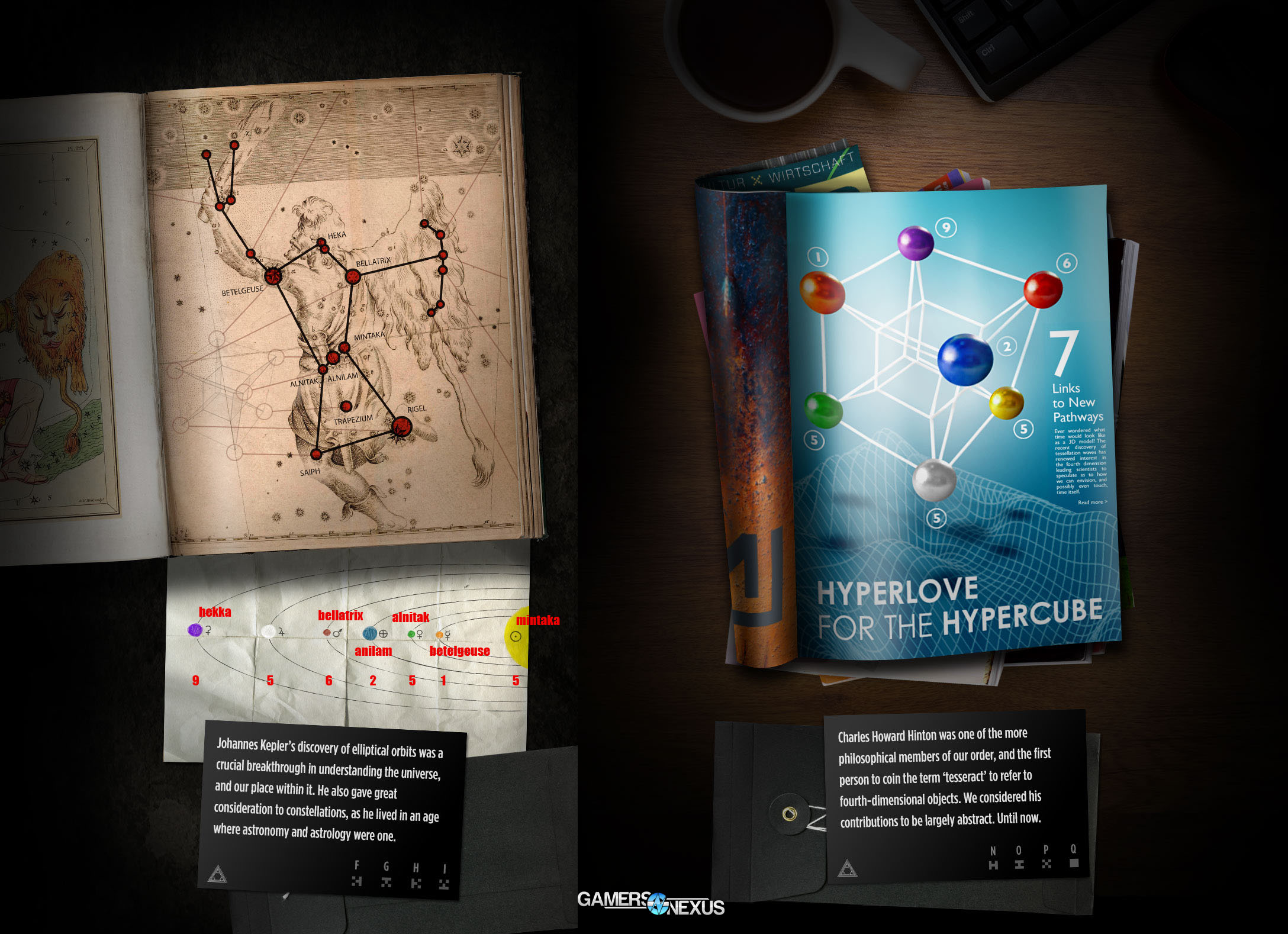 It appears that the above image deciphered to "SHALLBE." Working with twitter, that turns into "HUMANITY SHALLBE ENLIGHTENED." Our puzzle solver, Patrick Lathan, realized that the words "must find the hidden directory." 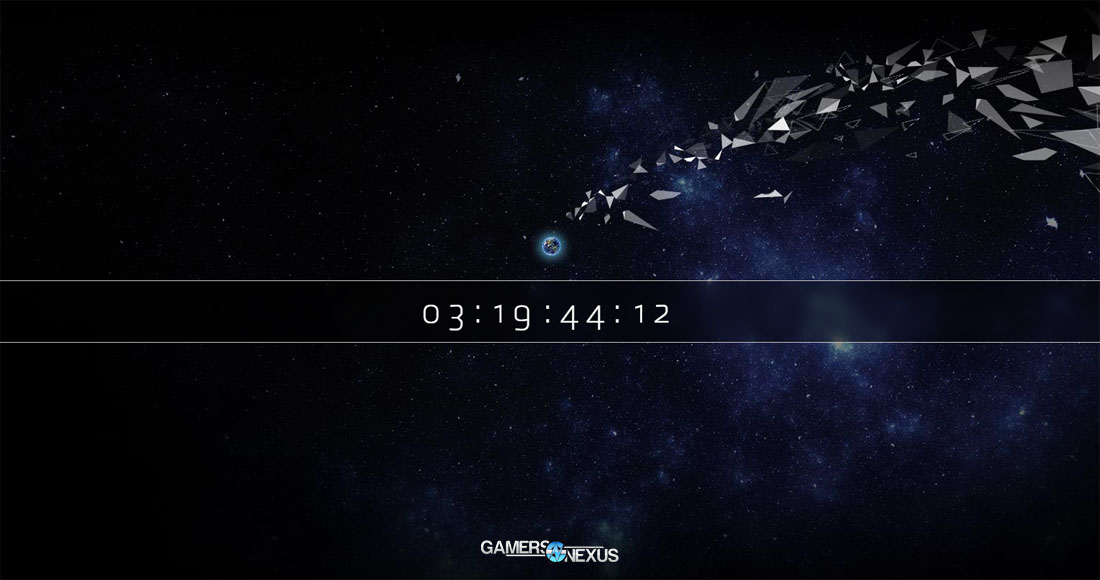 It's a countdown timer. The timer expires mid-day Friday, which happens to correspond with Dreamhack. The final clue references Kepler; in combination with the previous Fermi-related clue, we can almost definitively say that this is a Pascal event.

Let us know what you find out by tweeting @GamersNexus with #Orderof10.