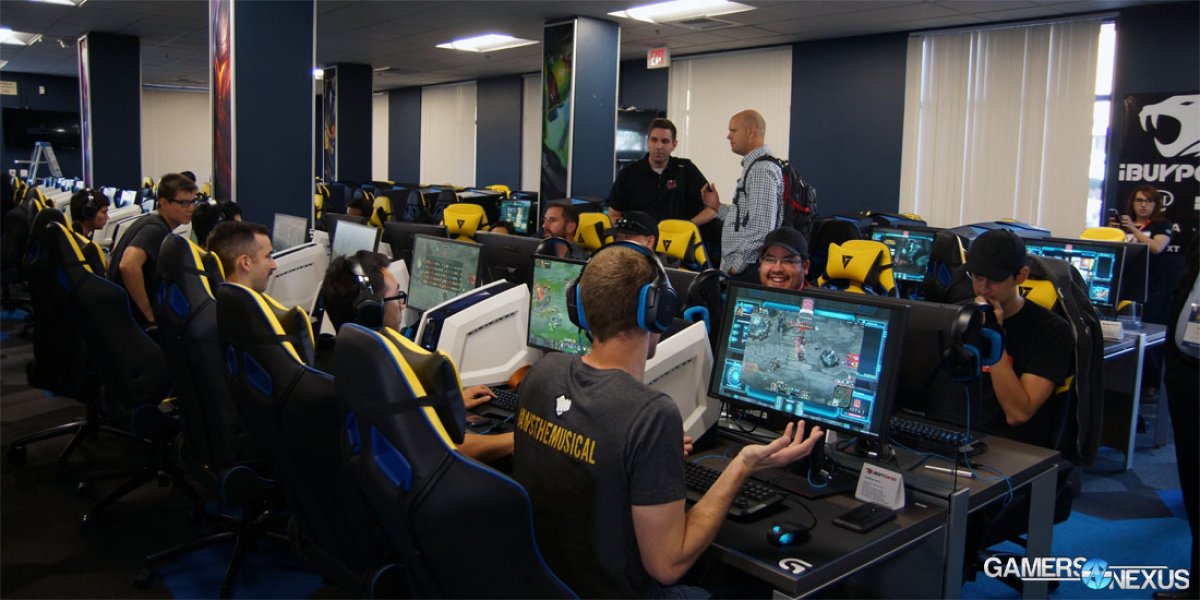 As for the program itself, a total of ten scholarships are presently being awarded based on performance to League players. Each scholarship has a value of $5600 toward school attendance, and the ten winners are placed on a school LoL team to compete at a collegiate level. The scholarship will be refreshed annually, and the school hopes to expand its games coverage to include Overwatch and Smash in the future (though notes that this is not a guarantee).

As for the systems, iBUYPOWER has committed to refresh the systems every two years with the latest hardware, allowing complete compatibility with whatever happens to be the modern gaming standard for 2018. That said, a GTX 1080 isn't exactly necessary for LOL, CSGO, and Overwatch – but it will grant future mobility as the school accommodates more titles. 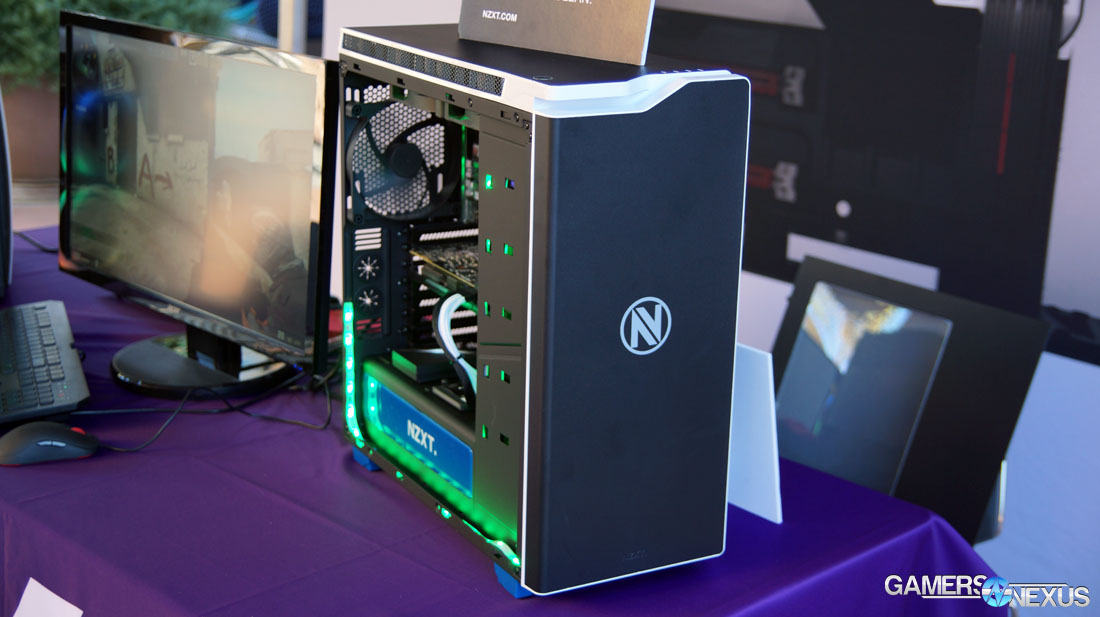 Above: The NZXT EnVyUs case. 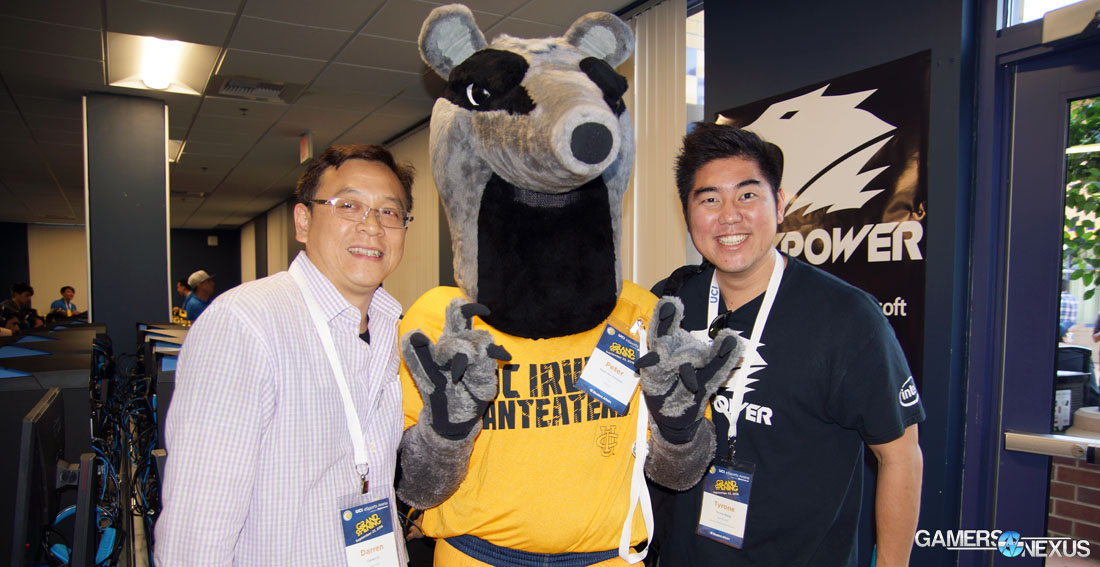 Darren Su and Tyrone Wang of iBUYPOWER, accompanied by Peter the Anteater. 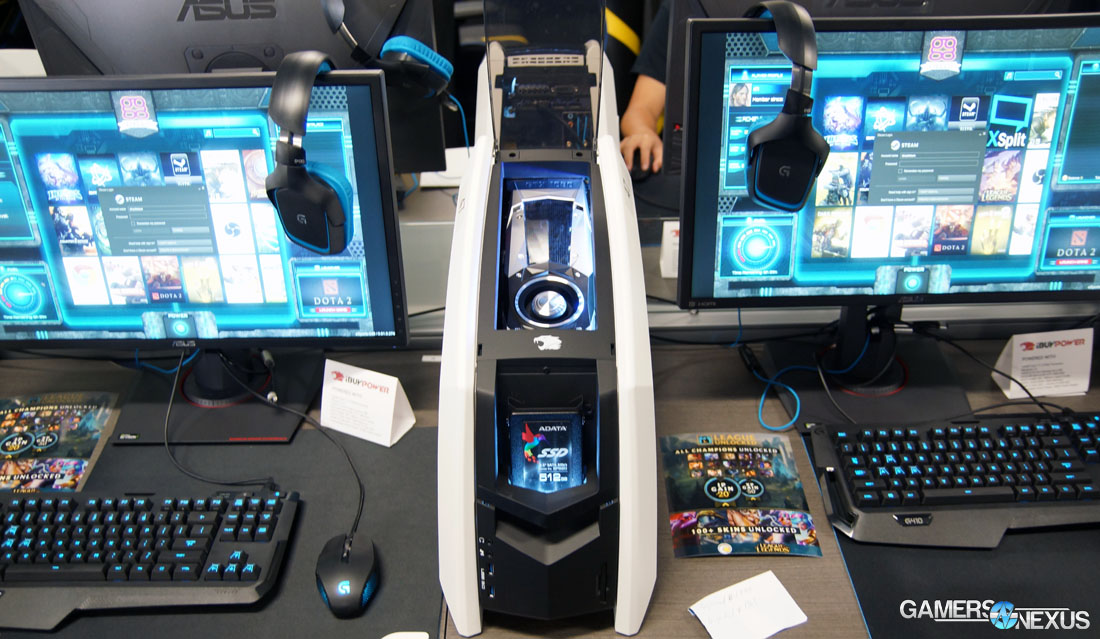 Riot has also added to the eSports arena's value. The company is using the same skins system that they've deployed in PC Bangs in Asia, so students logging into the UCI arena's computers will be temporarily granted access to all of the League of Legends skins. This is assigned on an IP level, making it possible to gain temporary access for a user's own account (not just a local arena account).

Learn more about the venue, which resides in the Student Center ZOT Zone, over here: http://www.esports.uci.edu/uci-esports-arena.php