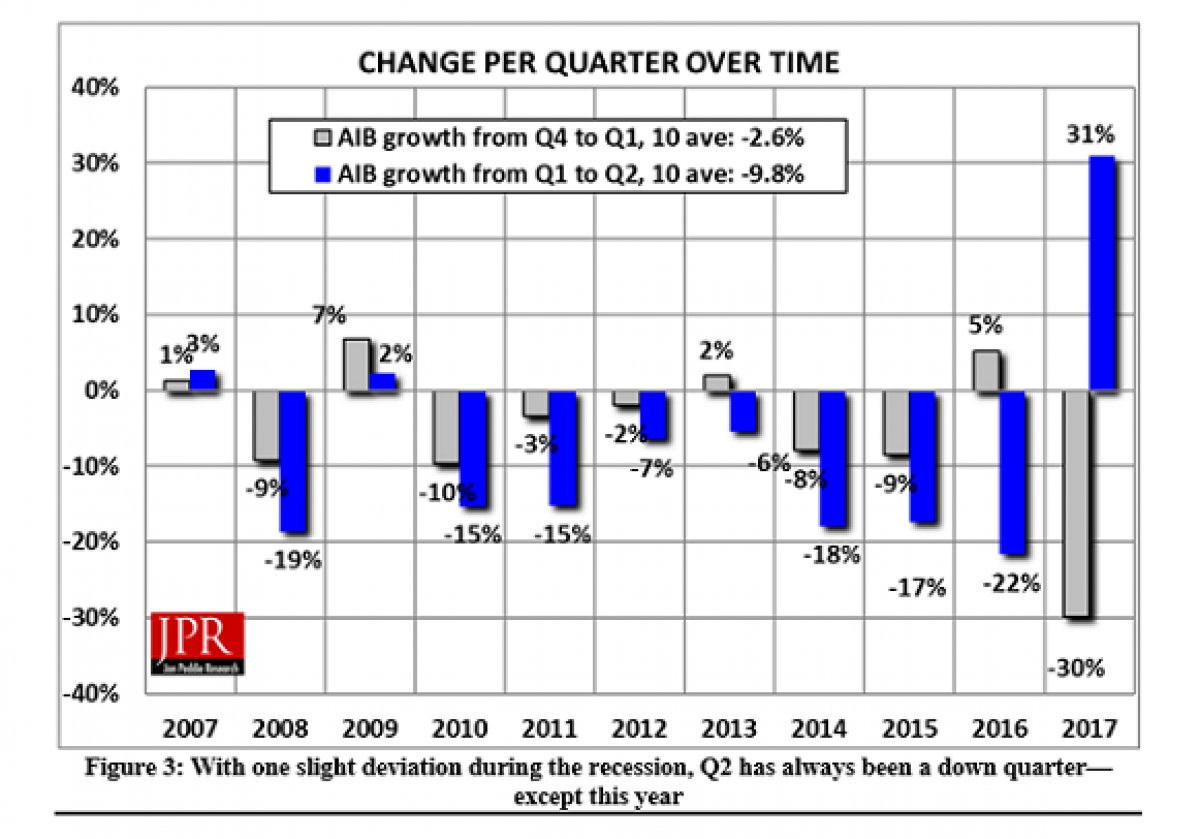 This is good news for AIB partners, as JPR estimates that 2.1 billion AIBs will have been shipped by the end of 2017. Still, it’s hard not to see this as a bubble, and the lasting effects of the mining boom remain to be seen. For now, interest in Ethereum and cryptocurrency doesn’t seem to be dying down.

JPR also reports a marketshare growth for AMD, whom JPR indicates as moving from 27.5% marketshare (last quarter) to 29.4% marketshare this quarter. NVidia holds 70.6% marketshare. Matrox is nowhere to be found.