The South Eastern parts of the US don't have much in the ways of technology conventions (unless you count guns and technological advancements in the 'grits' department), but between ECGC, X-CON, CGS, and the incumbent DragonCon, we've seen evidence that there's room for growth.

Our PAX East coverage always leaves us in the convention spirit, so a quick trip to Myrtle Beach in SC to check out X-CON seemed logical.

The billing for this year's beach-bound convention featured Doug Jones, most recently known for his role as the Silver Surfer in the Fantastic Four series (though he also played Abe Sapien in Hellboy), Margot Kidder, who played Lois Lane in Superman: The Movie, and a handful of comic artists (including Bob Camp of Ren & Stimpy fame) and superhero enthusiasts. Jeffrey Breslauer ("Figment" the dragon) also made an appearance.

Alongside the more notable actors and comic book artists was, awesomely, Giorgio Tsoukalos -- otherwise known as the "Aliens!" guy with the hair. You know, this one: 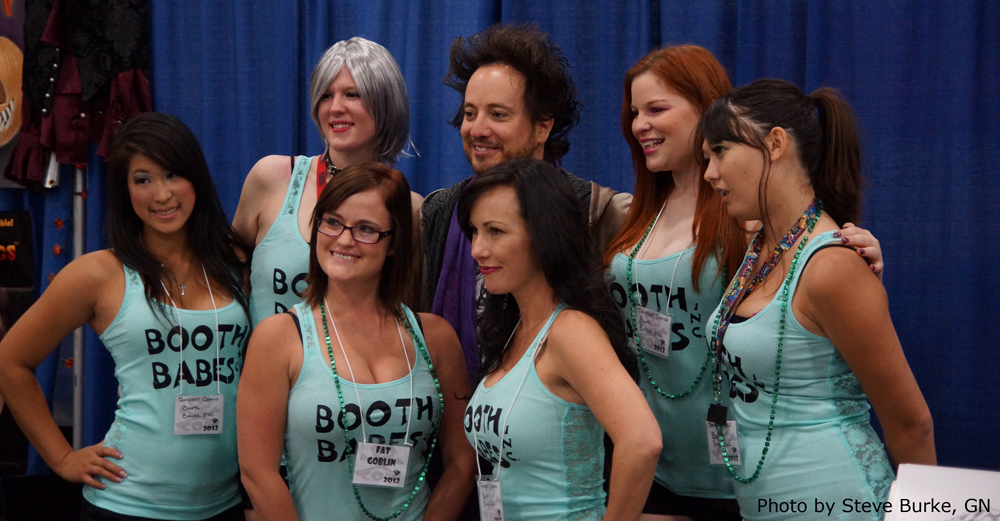 We watched as the crowd clustered around Tsoukalos' booth in the relatively small expo hall; his internet fame has gained credibility in the nerd community quite rapidly, as was evidenced by the number of photos and autographs being dished out.

The convention acts as a sort of variety show, hoping that offering a bit for everyone will draw in enough of a core fan-base to expand with each successive year. A few cosplay activities were available, Magic: TG and Games Workshop tourneys ran full-time, and a couple of panels were held in a curtained-off area of the show floor.

There was unfortunately little PC gaming presence at X-CON, but we hope to see changes to that as the convention matures and finds its direction. Update: There was a booth demoing Diablo 3 all weekend, though that's the most we heard of or encountered.

This was made-up by the fact that a replica Back to the Future DeLorean, a Ghostbusters crew, Dalek, and SCA-sanctioned knights were all easily accessible to fans. 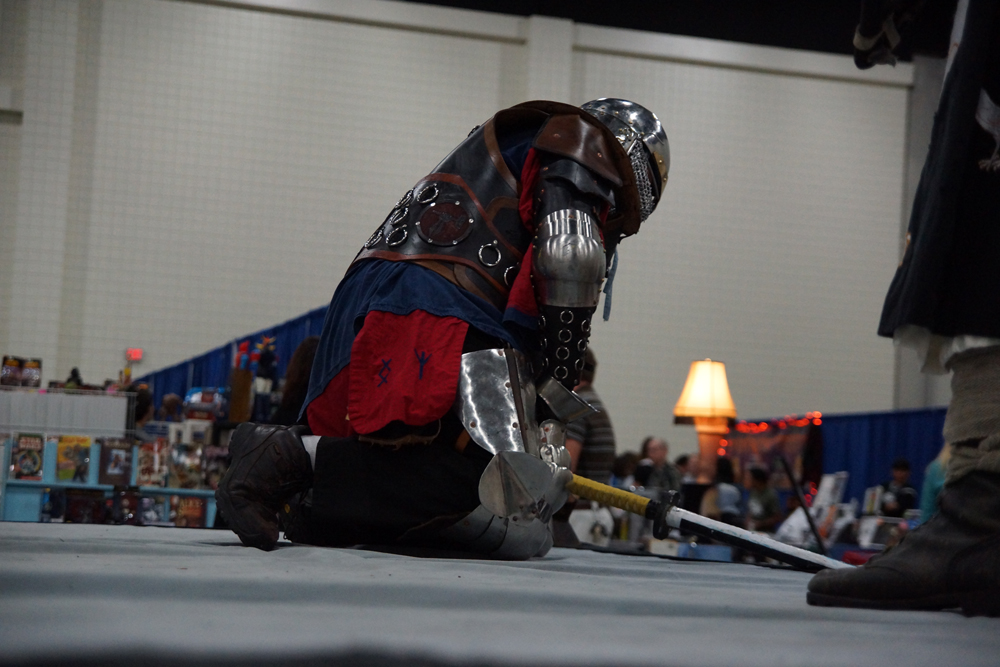 As a whole, X-CON has potential and we hope to see it continue to grow. California has enough conventions -- we need some more on the East Coast. Presently, X-CON is a worthwhile trip if you're already in the area or can take advantage of the proximity to the beach, but don't go too far out of your way for it just yet. PAX East, PAX Prime, Comic Con, DragonCon, GDC, and a number of others stand as prime choices, but anyone within driving distance of X-CON should certainly look into its offerings next year and consider giving it a shot. Superhero and comic book lovers - perhaps along with anyone looking to play in SCG sanctioned MTG / Warhammer tournaments - will feel at home with X-CON, though it is still small.

Everyone has to start somewhere. Here's hoping we can see more of an east-coast-local convention presence as time goes forward.

Read more about X-CON and its future plans here: http://www.xconworld.info