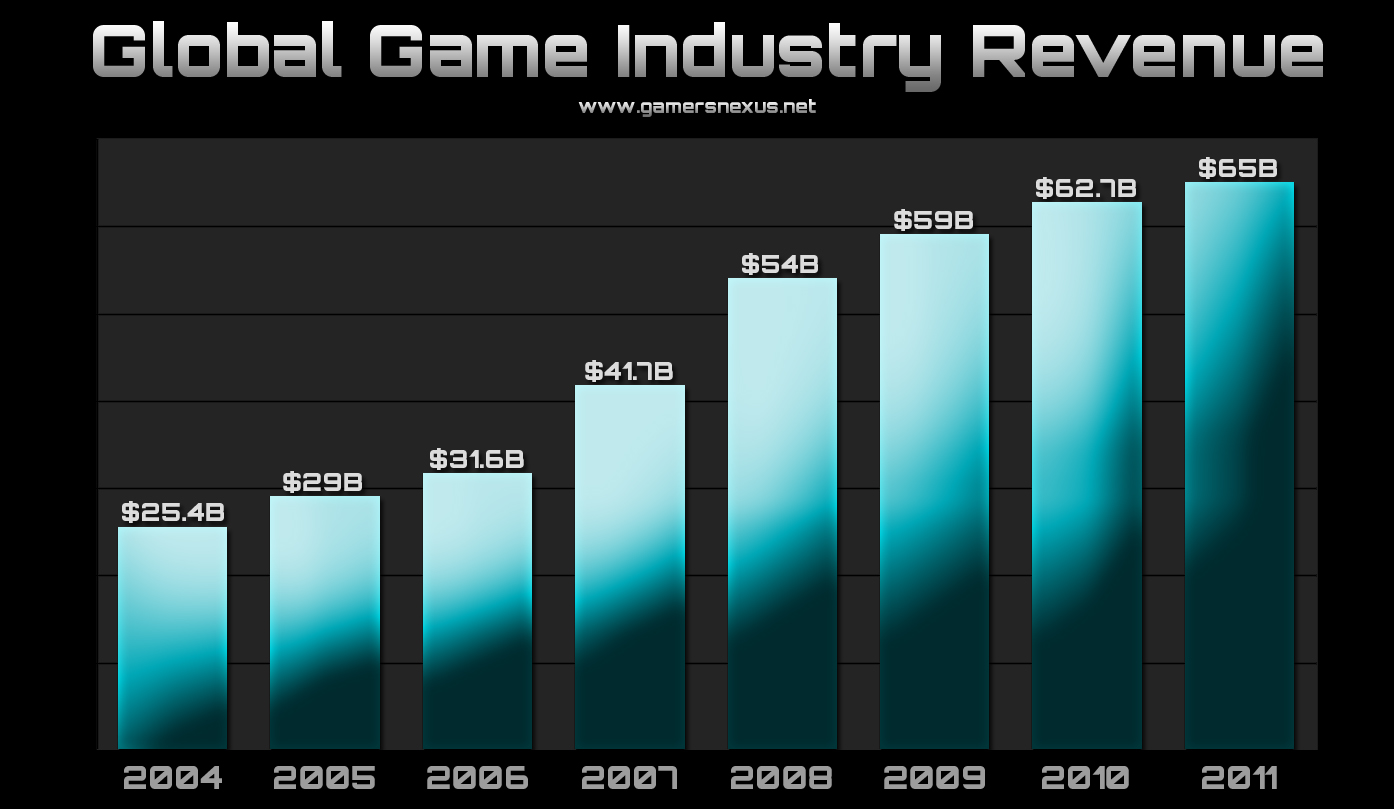 Finally, a game industry analysis has been published that includes digital sales and transactions. The industry has endured countless misrepresentative reports that only accounted for physical product sales (which are, quite obviously, down considerably with the evolution of that new-fangled "Internet" thing—we really need to get one of those "websites").

From our previous article, "The $60 Game is Just the Start," sources include the ESA, Reuters, and VG Sales.

The NPD Group has released its latest Games Market Dynamics (US edition) report, emphasizing a total of $2.87 billion in spending from US gamers in Q3 2012; of the $2.87B reported, a total of $1.4B was diverted toward digital purchases and game subscriptions or DLC transactions. Physical products are still clinging for life, though, and brought in $1.07B in spending; used games and rentals made up the remaining $399 million. At the time of writing, we are unsure if this data includes Steam's sales metrics, though we have reached out to the NPD Group for comment. (Update: NPD notes that Steam does not release official sales details, so they have estimated for digital consumption through Steam).

All of this resulted in a 16% decline in physical format spending and 22% growth in digital content spending in the game industry from Q3 2011, making for a 1% decline in total content spending, noted Liam Callahan, an industry analyst at The NPD Group. "Mobile App spending, digital full game downloads, and downloadable add-on content were the areas within digital format spending that helped drive this [22%] increase," Callahan elaborated.

NPD's briefing can be found here, and is mostly noteworthy for its inclusion of digital content spending. Previous studies have left this out entirely, which painted an abysmal image for the games industry (leaving out digital content would have shown a 16% decline, rather than a 1% decline, for instance). If nothing else, this shows that gaming and entertainment is alive and well, even considering the global economic climate.