With the announcement of the new iPhone Epic Games has unveiled the next extension of its successful mobile series Infinity Blade trilogy which gets its finale next week.

The main gaming panache on iOS devices will get a new extension. After the cancellation of the game Infinity Blade: Dungeons, the development team of Chair Entertainment in collaboration with Epic Games plans to complete the trilogy with Infinity Blade III. The game will come as early as next Wednesday, 18 of September for a price of seven dollars. It is primarily intended for new models of Apple iPhone 5 devices, but will support it and the iPhone 5, 4S and 4, as well as the iPad 4, 3, 2, mini, and iPod Touch 5 and 4.

Game is driving with Unreal Engine, and in Chair Entertainment claim that they have achieved it "right next-gen gaming experience." According to them, the characters are extremely detailed and are displayed in about four times higher resolution than those on consoles, while the load is "almost instantly", as opposed to long load on consoles.

The Infinity Blade III should be eight times larger than their originals from the 2011. This great kids game will tell a story about pride, love, betrayal and redemption. For control will be available two characters - Siris and Isa who will have different fighting styles and hundreds of weapons and equipment. Trailer for the game is present below.

I enjoy especially for a weekends to play some tense horror game. I'm not talking about the type of games where you are safe and you have a weapon and shoot everything you see on the road. This is not a review for Left 4 Dead, or FEAR, or a similar genre. It is a game that in my 4-year-old constantly playing horror games, is somewhere among the top 3.
I am talking about Amnesia: The Dark Descend. And immediately, without much speaking i will start with the trailer:

It is a game in the first person (not first person shooting), where you explore and run from monsters and creatures, which according to me are terribly made - but enough to frighten you at night.

Recommendation: Play This Game at night with headphones and extinguished light. Enter into the game; you will see that you are going to dream it. This tells you the gamer that does not play horror games from yesterday.
Amnesia: Dark descent puts you in the role of Daniel, who wakes up in infested castle, barely remembering his past. Exploring excessively gruesome places, you have to help Daniel to regain his memory. Fear comes only from outside but also from inside. How? If you're the type who reads the game, you will notice a very strange texts and discoveries that you have to find it while playing - so it somehow is supposed to cause a "double" horror effect.
The sound makes this game very frightening. Eerie music, combined with tense situations when you need to hide, or a sudden sound effects combined with animations inside the game will touch your mind - and it will speed up the beating of your heart. 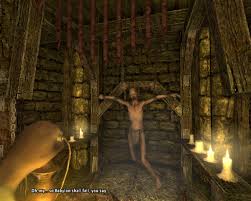 Graphics is not a rocket, but enough "sharpened" and pompous to portray that you are in the castle, in a closed room with your lamp/lamps relying only as a light source on them. It knows to surprise you on moments with some scary creature or effect of spirit - but if you're more experienced horror player, it would not give you a problem and obstacle in playing.

But if this is a game that is first time played by you - then i warmly recommend you to play it alone, it will Goosebumps you little and  cause you "turbulent" reactions.

So play another scary cool game for boys.

Codemasters Guildford Adds to the Bodycount

I was wondering, as I was watching events unfold recently about Codemasters Guildford, how sad it is when a company shuts down purely because of a product they spent so much time and effort working on fails, when it comes to sales.

That seems to be what happened with the recent release of Bodycount, a first person shooter from the guys at Codemasters Guildford that really isn't all that bad when it comes down to it. Sure the story isn't all that magnificent and the shooting mechanic has been done better in other games, but does that mean the the developers that poured sweat, tears and sometimes even literally blood into bringing us the product deserve to be out of a job?

The starcraft II tournament finished with two Koreans on top, although one of them was from team EG so at least we have an international team win this one in comparison to the last IEM being topped by oGs.MC.

EG.Puma won the finals, MC got second, and mouz.MaNa got third. A prize pool of $21K was given out, and my face melted off as soon as I heard about the million dollar tournament for DotA 2.

It's amazing even though Gamescom was done a while ago, there was such a big crowd watching starcraft 2.  Oh you silly game that unite people into a mass of awesomeness.

I'll post as many replay packs or as many casts of the IEM Cologne Finals as I can, so if anyone sees anything I haven't seen, send me a pm or email and I shall post it here or I'll make an official GN replay for starcraft and maybe even other games! I mean, we aren't elitists after all. Strategy isn't all you guys want, and definitely not all I want.

I was playing Diablo II a while back, and I always play as a Necromancer named Doomhammer because I like to summon things. To the people who don't know much about the game Necromancers are pretty much wizards, and wizards aren't very strong. I had my dude use a Maul, which is a huge hammer, I have no idea why, but I did. So anyway I nicknamed it Happymaul, just because. I that was the hardest game I ever played because of that, but I had fun.

Skipping ahead 3 years, I pulled Diablo II off of my shelf. I had long lost the save file to Doomhammer, so I started a new game, a Necromancer named Necro. This time though I looked up what spells go best together, and I ended up beating the game on Hell difficulty (the hardest difficulty). But the thing is I had generally had more fun playing Doomhammer than I did playing Necro. Weird isn't it.

Today, February 6th, I have decided to do something unspeakable. To play Fallout, again.

Name is yet to be decided, I need something plain and simple.

So, if anyone believes this is a good idea, please show your appreciation and just leave a comment saying the name the character should get and maybe a boar's head.

*I might even do a review of Fallout :P*

I have found a couple of interesting streams.

+SPOILER ALERT+ If you are not into stacraft II competitive play, then i'm not 99.9% sure that you are going to find this helpful, although if you are.. well, diving into it will bring you lolz and poofit.. Go ahead.

First and foremost, most of the streams are about Starcraft II, they have replays, commentaries, jokes and much more! But if you do not like Starcraft II or at least E-sports, then there's not much you can take from this blog.  Nonetheless, keep reading. Maybe you will enjoy it.

There are amazing streams, most of them are found around the ustream/livestream/justin.tv communities. They have some spectacular streams with lots of people watching and all of this is thanks to www.teamliquid.net, which is the central of all respectable starcraft II.

- Day /9/ is a good example, he's very very known in the Starcraft community. He has got some serious game analysis. He tries to be very funny, sometimes works, sometimes doesn't. He's a very 50/50 person, but when it comes to analysis, he's one of the best at it.

-Huskystarcraft has his own livestream. I have seen a couple of his games, he's not bad. Tends to 4gate too much, but there's not much else there. He is funny and he is entertaining, very good start for people just getting into E-sports. Nothing too heavy, just simple commentaries.

-ROOT.drewbie's stream was pretty interesting. Didn't last too long, it was mainly just him playing against someone in his team.. I did see lots of BC and Carriers. Lots of them, it's quite entertaining.

- EGIdra. He's a great Zerg player, maybe the best non-korean zerg player there is. His stream is supposed to be really good, he is a good guy and he's very good at predicting games. He knows the player, he knows their styles, and he knows who will win. (He's mainly known for his badmouthing after losing games. I mean, who doesn't love some good ol' Ragequit)

E-sports: Starcraft II and the piñatas of time.

E-sports are getting bigger and bigger since MLG came to town, I was started with HuskyStarcraft and HDstarcraft.. After that went to a couple more (ArtosisTV, Psystarcraft, Ahnaris, Day9) and i've been hooked to e-sports since then, specially for Starcraft. I did watch a Black Ops replay of an amazing come back, but that was completely worthless.. So now i'm watching the GSL continue into the finals. Cheering for my favorite player, LiquidJinro (Who lost to MarineKingPrime.WE %$#@#$), and losing my life to the constant blarghs of the amazing crowds and Artosis yelling at my ears.

So are E-sports really worth it, or is everything a plot to get our money and time and make us the worst people ever...?

www.youtube.com/PsyStarcraft (Great player and fun commentator. He's definitely my favorite commentator, as Zai (His brother) made a SC2 Single player walk-through in brutal difficulty. Really entertaining to watch, I highly recommend it.

www.youtube.com/Ahnarisstarcraft (Ahnaris Starcraft, one of my favorite commentators. He's got some funny commentaries for custom modes in starcraft 2 and he is very fond of the bears)

Gomtv.net (News and VODs from the GSL, a premium ticket costs 9.99 and it's worth the time. !Only if you enjoy extreme high level play for Starcraft 2! If you do, totally worth it. It's really fun to see how silly some of the games are.)

So I've been playing Splinter Cell: Conviction on the 360 and am trying to get the Hunter Master achievement in which you have to "Complete all maps in "Hunter" game mode on Realistic difficulty" Hunter Mode means clear the map of enemies. And Realistic difficulty being the hardest difficulty. There are six maps each having about five areas of 8-10 enemies in them. I got to the last area of the last level and realised that I had not changed the difficulty from Normal. I proceeded in cursing out the game.

Crashing, lagging, and glitching to victory

We've all been there before, especially in online driving games, where synchronization is a must: lagging to victory. Sure, lag can be the penultimate immersion destroyer, the worst enemy in a gun fight, and cause you to smash up against buildings while racing, but it also works the other way. Teleportation is a sweet thing.

How I would balance A.P.B.