From the very same company that brought us their Phantom 820, Respire and Kraken coolers, and numerous mid-range cases, we now have the Phantom 630 coming out. At CES 2013, we were able to catch up with NZXT’s PSU Product Manager (Joey Cheng), Asst. Case Product Manager (Rob Teller), and our PR contact (Tuan Mai), who filled us in on all of their upcoming releases for the show. A few GTX 680s later, we had seen just about everything in the upcoming Phantom 630 case – here’s what we know so far.

The Phantom 630 is still classified as an enthusiast-class case, but as we were told by Tuan Mai of the company, it’s “great for those who really wanted the Phantom 820, but couldn’t quite afford it.” Personally, I also thought it looked great as a Phantom 820 alternative – although a big smaller, the Phantom 630 has resolved many of the small issues I had with the 820. Let’s hit the specs before we get into details: 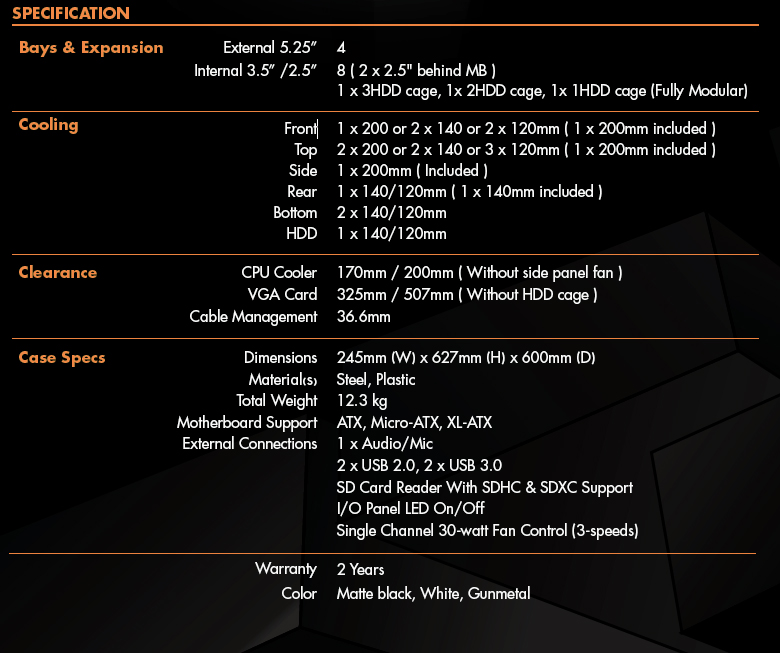 Packed with a 3970X, multiple closed-loop X40 coolers, and just a few GTX 680s—because why would you only have one?—the Phantom 630 is clearly capable of fitting most enthusiast-class builds thrown at it. As with Corsair’s 900D that we previewed, the Phantom 630 has a split-layer motherboard mounting panel, allowing for better cable routing and more space between the board and the right side-panel. You’re not ready for this, though: The Phantom 630 has 35mm of space for cables on the right side of the case, which is nearly a full 10mm more than the much larger Phantom 820. Just to give you some frame of reference, I was able to fit my obviously-stacked-with-cash wallet into the groove between the board mount and side panel: 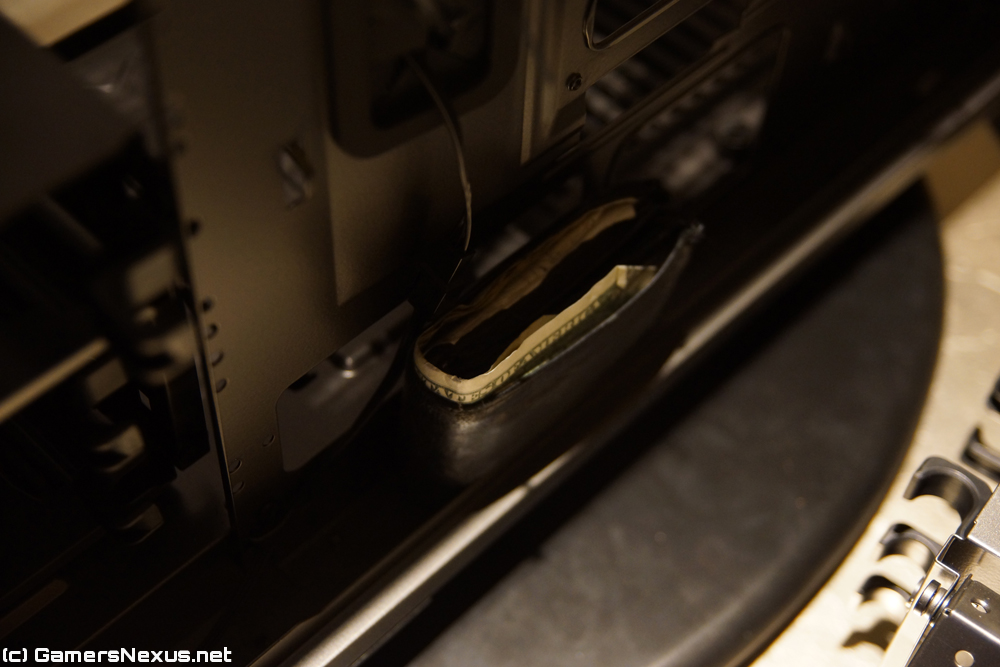 Although other cases have certainly had similarly-large gaps for cable routing, the 630 manages to maintain an outward appearance that doesn’t make it look like it has gained ten pounds on camera. To be honest, though, the Phantom 830’s ~25mm routing space has been enough for just about every build I’ve done thus far, so another 10mm just means it’ll be easier to route cleanly. No fighting with the 24-pin cable when putting the plate back on.

The split-layer mount is an appreciated addition for anyone interested in a clean interior, of course, given its ability to route cables through a horizontal plane rather than vertically. When asked what his personal favorite feature in the case was, Asst. Case PM Rob Teller told us, “Well, it’s really small, but I’ll show you [below] – the fact that you can manage the 8-pin [EPS 12V] connector horizontally and hide it easier is my favorite.” 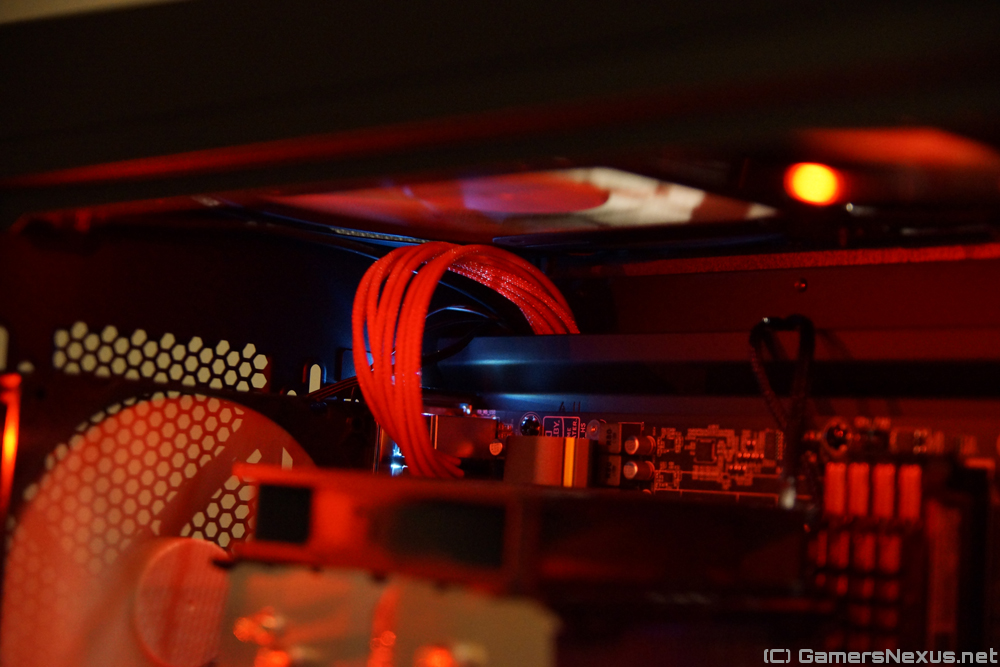 Aside from all this cable management business, the Phantom 630 has improved these features over the Phantom 830: 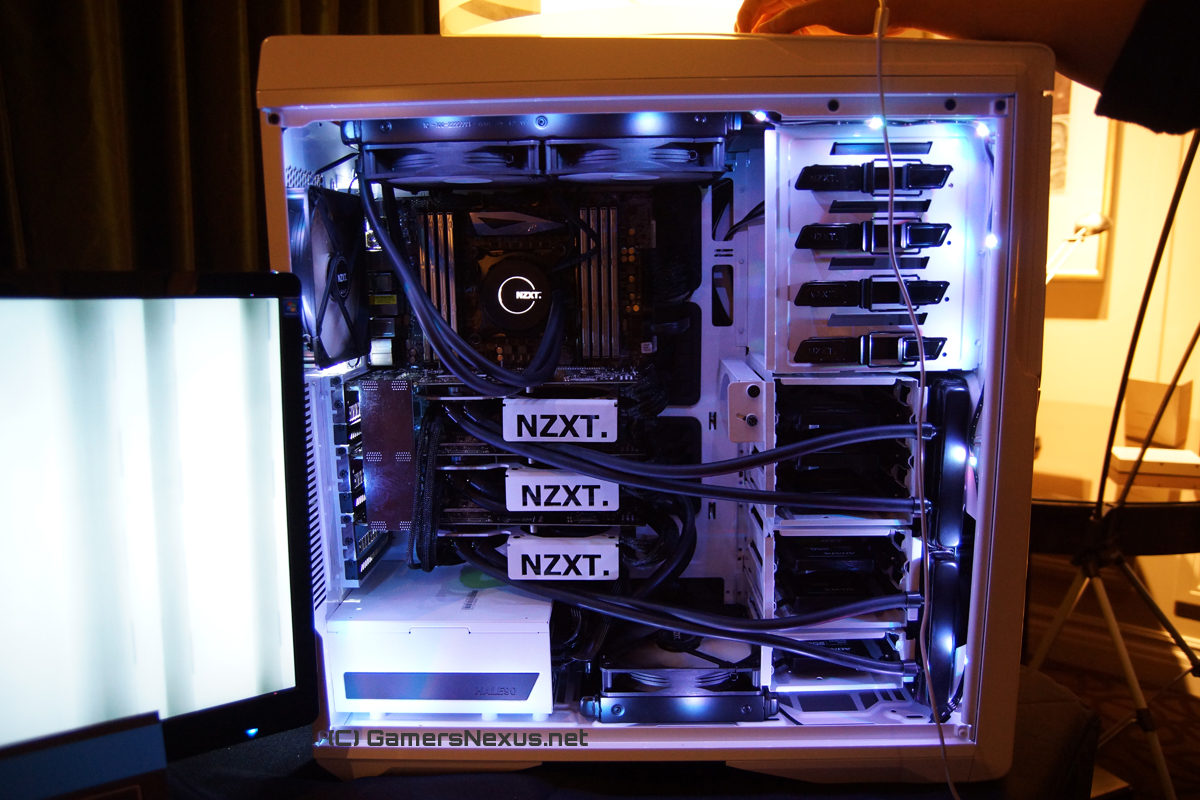 NZXT is looking into the possibility of selling their NZXT-branded card cover.

At roughly $180 MSRP, the case isn’t quite mid-range, but is honestly something I’d personally choose over the 830. Given the obvious price difference, the 830 is a bit cumbersome and, frankly, unnecessarily large for most users’ purposes. After seeing the 900D from Corsair yesterday, I’d probably go that route were I to need something  massive and clean, but the 630 is one of the best enthusiast options I’ve seen throughout the show (and in general).

We’ll have more on their power supplies shortly. Time to hit the show floor!