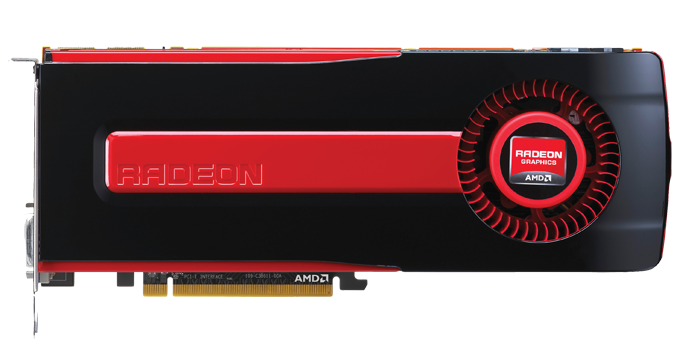 Japanese publication 4Gamer.net recently interviewed AMD Product Manager of Desktop Graphics Devon Nekechuk, who made an official statement that the company would not be introducing a new line of RADEON HD graphics processors in 2013. That doesn't mean AMD fans (and fans of competition) have nothing to look forward to, though.

As addressed by AMD in recent driver updates, the company has resolved several performance-denying issues with the 7000-series GPUs currently on the market; many users of the cards, ourselves included on our official test bench, have struggled with the computation-intensive shader functions demanded of the GPU from many more visually-driven games (Metro 2033 and RAGE have struggled with this significantly). A large patch/driver update, launched shortly before our interview with the company at CES, was able to successfully improve the performance of the GPUs by considerable amounts and fully absolve the cards of this specific shadow rendering defect.

So how does this matter for the recent announcement? Well, the company notes that it will focus-down hard on maintaining the current generation of silicon with further performance updates made through software and drivers. 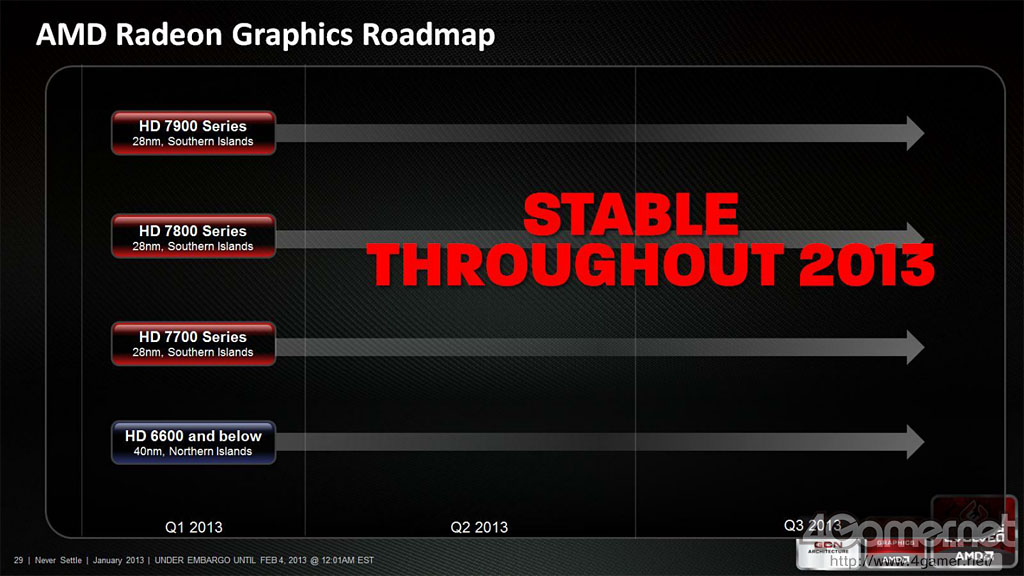 Our roadmap is: There is no roadmap.

Some of you may have noticed the OEM-only launch of the "8000 series" discrete processors for mobile units in the past month, but these are effectively a rebranded 7000-series GPU (same everything, in terms of silicon) and were entirely marketed for OEM partners. We suspected that the launch was to evade some of the preconceptions that driver support for the original 7000 launch was horrid, and when we posed this question (nicely) to AMD reps at CES, we were plainly informed that they had not heard of the specific shadow rendering driver issues. The 8000-series that was launched is not the one we've been waiting for; just an OEM option for marketing purposes. 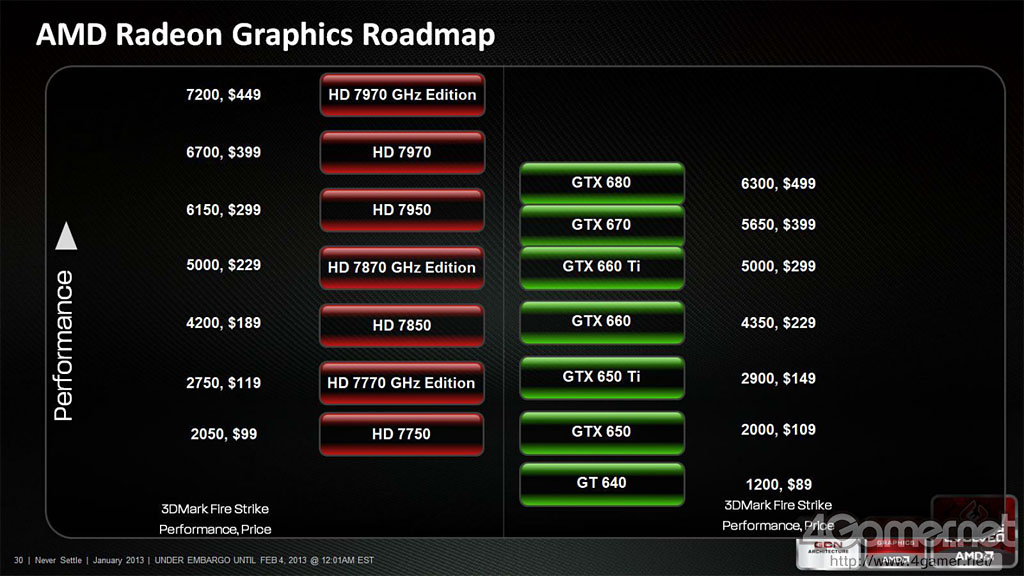 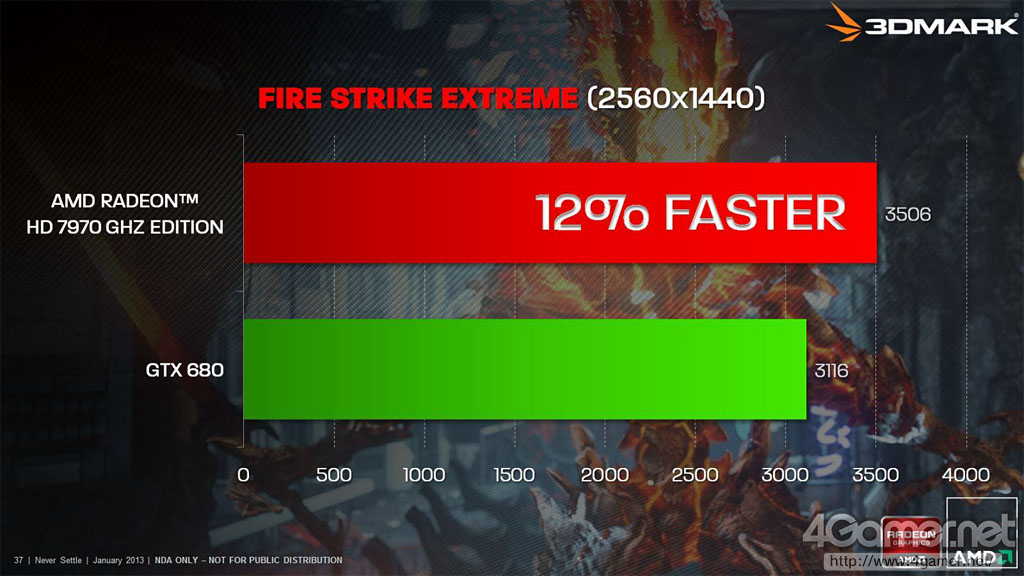 Image released by AMD to 4Gamer; we have not confirmed these findings.

We won't be seeing new AMD GPUs until at least Q4 of 2013, most likely Q1/Q2 2014. It is likely that further announcements will be made at Computex this year. GPU manufacturers have traditionally launched the highest-performing of their new series in the March/April timeframe, with weaker cards following shortly, so this comes as a shock to those of us who were expecting a bigger announcement next month.

If you're thinking that nVidia has an opportunity to seize the market and seriously threaten the current 7000-series GPUs with a new line of GTX 700-series GPUs, well, we haven't seen much evidence on that yet; we were not given any information on Maxwell at CES, but it may have been hinted that a refreshed launch of the current Kepler line could be in our near future. We were unable to confirm this concretely with the company. NVidia has also recently launched its GTX Titan card, which is intended for the upper-crust system builders and developers, given its 6GB of VRAM. The Titan is expected to retail in the range of $900-$1300 and should be available somewhere around the February 24-26 timeframe. It's certainly no Maxwell, but it is a killer card that threatens to grab a foothold in the developer and enthusiast markets.