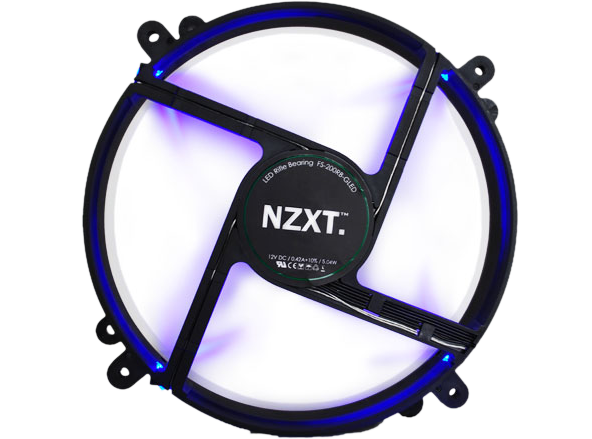 It's been exciting to follow NZXT's developments over the past few months: The company is vying heavily for an enthusiast market, and thus far, it's impressed us a few times. Today's announcement isn't a crazy Phantom case or tediously-designed PSU, though, it's a fan.

Although fans tend to be a fairly boring topic, if we're all honest with one another, this year has had some pretty exciting fan designs emerging. Antec's TrueQuiet fans intrigued us at CES with their rotational body (the entire casing rotates, not just the blades), the idea being that this eliminates turbulence between the blades and the outer-rim. SilverStone also put out their AP123 tri-blade design fans, which we discussed in a previous TechRAID episode. And now with somewhat of a more conventional fan design, NZXT's FZ-200mm case fans promise to increase airflow 15% on top of the previous NZXT 200mm model, resulting in 103CFM at 20dBA. 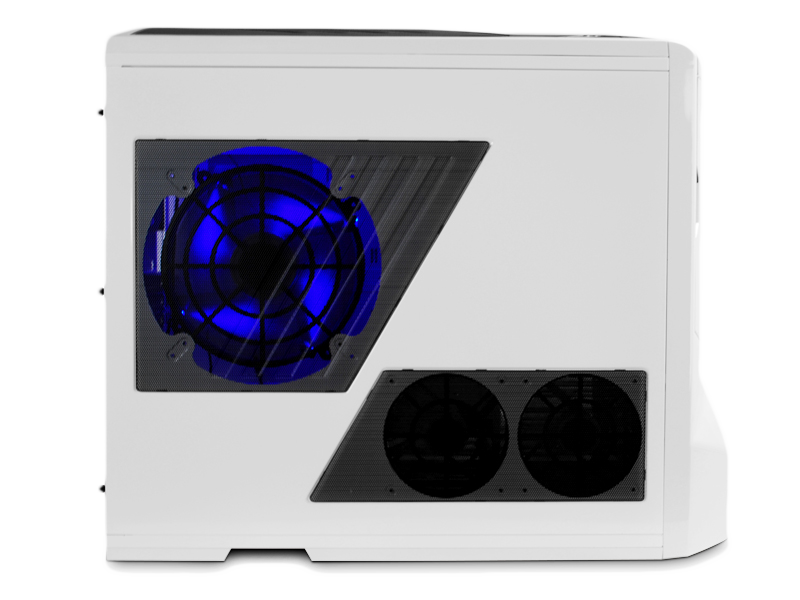 NZXT has also advertised their fans as "true 200mm" in size, meaning -- from the way I take it -- the blades and surrounding air channel is actually 200mm in diameter, rather than the chopped-down 193mm. With the exception of recent advancements in radial fan design by Corsair (and others, to be fair), the actual usable area of case fans tends to be slightly smaller than the advertised area (because 200mm is easier to remember than 193mm, for one, but also due to the bulkiness of the plastic encasing). NZXT has thinned things out and upgraded the previous FS-200RB design, the fan found in the Phantom 820 we reviewed, with its better-optimized airflow and reduced noise - achieved by minimizing turbulent air between the blades and casing.

The fans are spec'd for 700 +/- 200RPM, 20dBA, 103CFM, and have a total of five LED options (or non-LED); the LED fans use a semi-transparent blade instead of the thick white blades found in non-LED options, so you should get a pretty cool effective from the quad-LED positioning.

Both the LED and non-LED versions are available now, with LED priced at $21, non-LED at $18. The fans use a rifle bearing for the fans -- one of the lesser-used bearing types, as fluid-dynamic takes the spotlight -- hopefully ensuring a predictable EOL and long overall lifespan. Rifle bearings tend to be rated at 30,000 to 45,000 hours, meaning that the usable life of the system will expire prior to the death of the fan.

More information can be found on the product page. It's nothing mind-lowing, but cool hardware is always worth posting about.

Hah. See what I did there?