Intel's 4th-Gen CPUs ("Haswell") are fast-approaching, and that means a new chipset, socket type, and new motherboards to go with it all. Intel appears to be sticking with its branding schema for the next round of chipsets, including Z87 (the new "Performance" brand, championing Z77) and an X-series enthusiast chipset.

MSI, BioStar, ASRock, and Gigabyte have all revealed detailed Haswell motherboard plans and prototypes for their impending Z87 boards at CeBIT in Germany; ASUS has additionally teased some information, but nothing of much use yet. All the boards mentioned herein are on Intel's upcoming LGA1150 socket type, made for their 4th-Gen Haswell CPUs.

MSI's Z87 prototype revealed very little in terms of depth, but still enough to be interesting. The company intentionally defaced the chips and PCB, even going as far as removing heatsinks from the board, with the objective of concealing its featureset from competition. 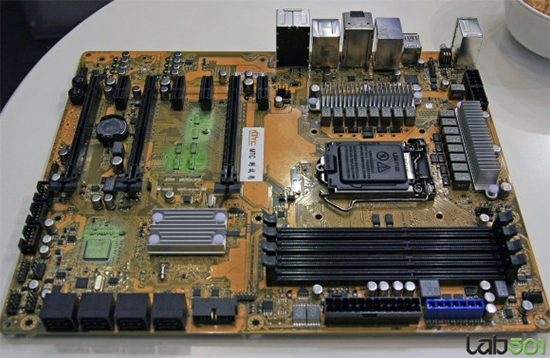 What we do know is that the board is fitted with 8xSATA ports (presumably all SATA III), 3xPCIe ports (positions 2, 5, 7), 4xPCI-e x1 ports, MSI's on-board OC Genie and power buttons (southern corner on the board), their voltage line testing pin-out (northern corner; blue socket), a USB3 header, and 3xUSB connectors for front-panel USB ports. Also near the CPU is what appears to be a 16-phase VRM. You may have noticed dual-8pin EPS connectors near the CPU, but we'd suspect that one of these will disappear prior to launch; I can't think of any reason Haswell would require that much power, but if someone knows more about this feature than I do, please leave a comment below.

Also at last week's CeBIT event, BioStar made note of three impending LGA1150 motherboards: The HiFi-B85S2, HiFi-Z87X3D, and HiFi-H87S3+ (B85, Z87, H87, respectively). The "HiFi" prefix is indicative of the inclusion of BioStar's HiFi audio controllers, which are intended to output significantly better sound than the standard Realtek counterpart. 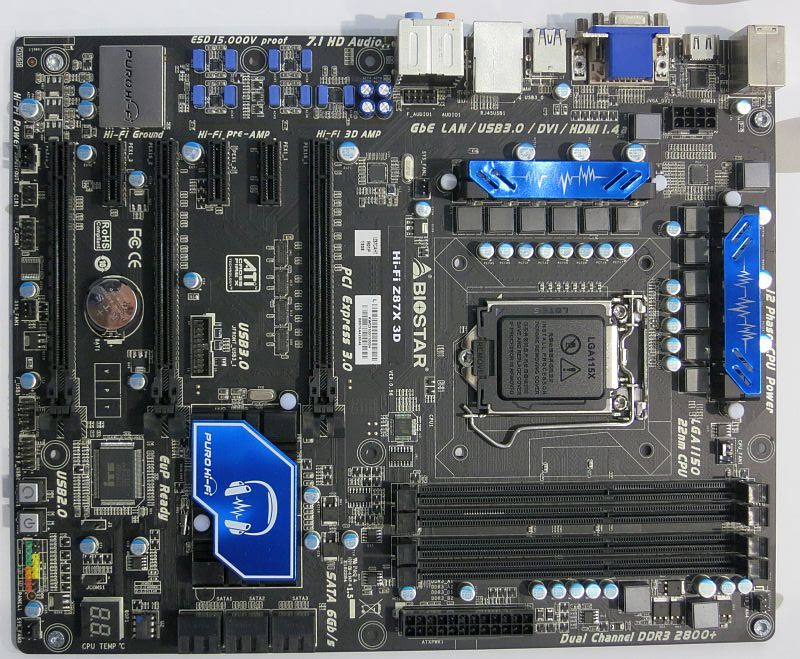 The most interesting board is the Z87X 3D one—Biostar's "performance" outfit—which is built on the full ATX form-factor, is fitted with 4xDDR3 DIMMs, 3xPCI-e slots (positions 1, 4, 6), a 12-phase VRM power design, on-board debugging LED with temp read-outs, on-board power and restart buttons, 6xSATA III ports, on-board USB3.0 header (in a terrible position, I might add), and the Puro Hi-Fi 7.1 audio channel controller.

ASRock's unveil included both a B85 and Z87 board, but we'll focus on the latter here. As with the MSI boards, these are prototype shots and do not resemble the final coloring/heatsink design of the product. 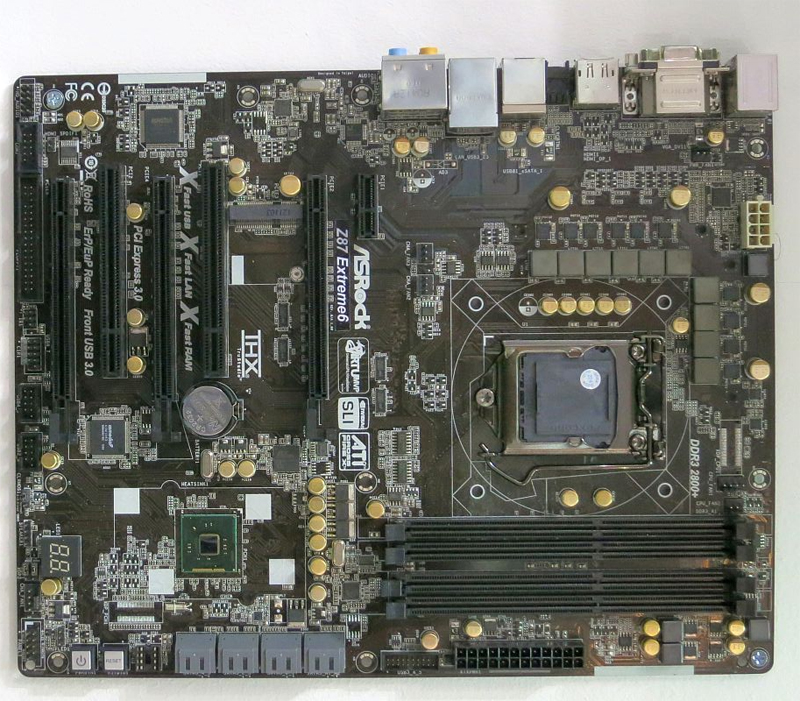 ASRock's Z87-Extreme6 board champions the Z77-Extreme6, so if you're familiar with that board, you'll already know most of what this one has to offer. The company's proprietary XFast- (LAN, USB, RAM) UEFI technology all makes an appearance, alongside 3xPCI-e slots (position 2, 4, 6), 2xPCI slots, 1xmPCI-e, gold-plated caps, a 10-phase VRM power design, 4xDDR3 DIMMs, and 8xSATA III ports. The bottom PCI-e slot looks pretty useless in its present location -- I'm not sure that you'd be able to comfortably fit many cards there, but this is pre-production.

Not to be outdone by its smaller competitors, Gigabyte's GA-Z87X-OC E-ATX motherboard is marketed for overclocking applications and enthusiast builds. 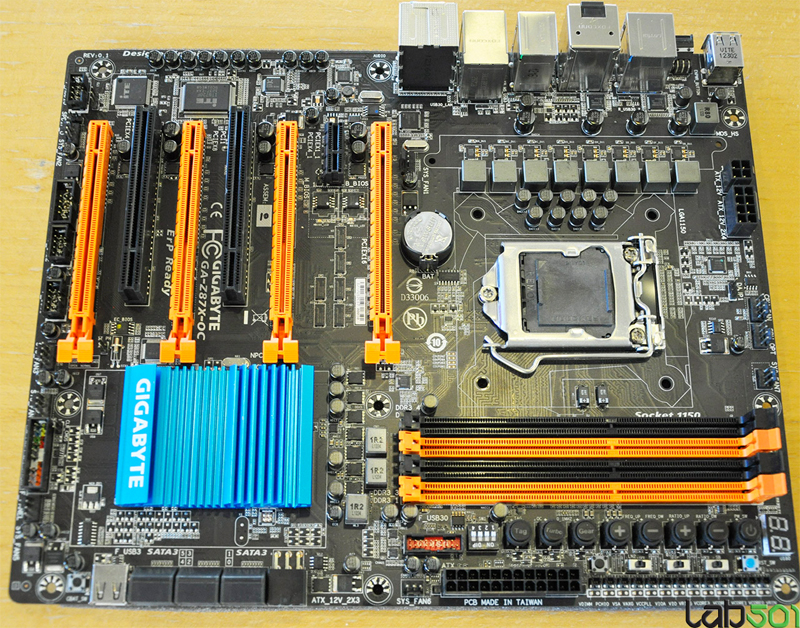 More interestingly is the set of on-the-fly voltage regulation buttons and read-outs and ability to accept an additional 6-pin PCIe power connector to the board, providing more stability for high overclocks.

This is just a quick section, as nothing official has come out of ASUS yet. The company has announced the it will be launching what it calls the Gryphon Z87 board along with what looks like an updated iteration of the ROG OC Key. The company also teased the launch of a Z87 Deluxe board, using M&Ms to obfuscate any useful information that could be ascertained from PCB markings or chip plates.

And that's it. So what's there to learn from this? Well, apparently that ASUS is still making motherboards. Because that was ever questioned.

Let us know if you have questions about any of these products or their intended uses.

Sources included: Tec Central.de, Heise.de, Lab501. I knew those five years of German classes would be useful. Should have taken Romanian too, apparently.