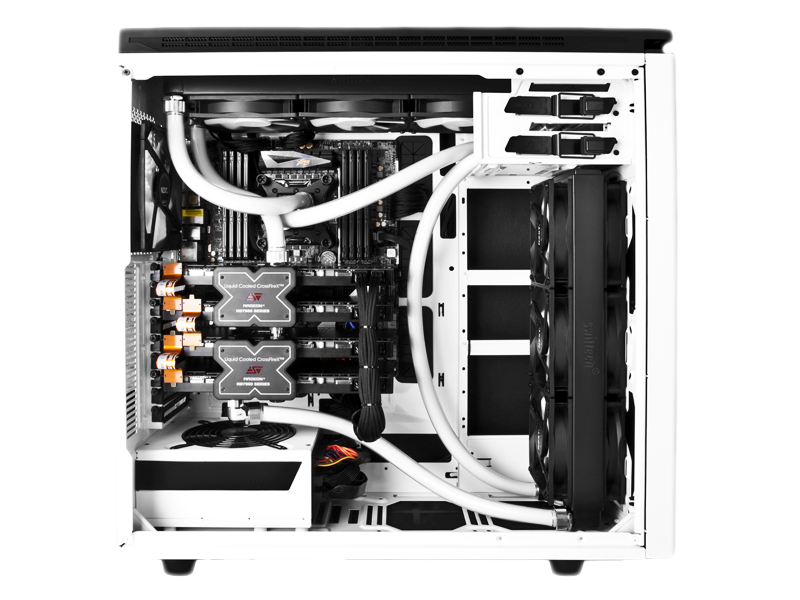 NZXT's been teasing the release of a new addition to their quiet series of cases for nearly a week now, and as the reveal comes to fruition, we finally know what's in store: The H630.

The H-series of cases from NZXT is considered their "silent" line. The new H630 case takes the Phantom 630 chassis, makes some key panel changes, and promotes itself as an enthusiast-class silent enclosure option.

NZXT's H630 specs have been fully detailed along with the launch of a new website, so this is definitely a big day for the company. Here's what we know so far:

It's slightly smaller than the gargantuan Phantom 630 we reviewed, but not by much; NZXT's "Ultra Tower" classification remains accurate, with the H630 measuring in at over 9.6" x 21.5" x 22.3". The case eliminates the fan meshes typically found in performance enclosures, uses large fans, and boasts a porous sound absorbing foam on the side panel.

The 2x200mm front fans are interesting, since the two slots could be instead fitted with a massive 360mm radiator (supports 240/280/360 in both the top and front slots). The front drive cages are modular and can be removed for these configurations, like the 630, and the two rear-side SSD mounts mean we still have room for drives somewhere. You'd really only need such a tremendous amount of space for an open loop cooling solution, but it definitely offers enthusiasts the option to build a rig that's incredibly quiet.

Sticking to cooling, the new enclosure supports full-length VGAs (up to 354mm, if you can find one that large) and effectively any CPU cooler on the market (up to 190mm in height). Dust filters are fitted to the front, bottom, and rear positions. 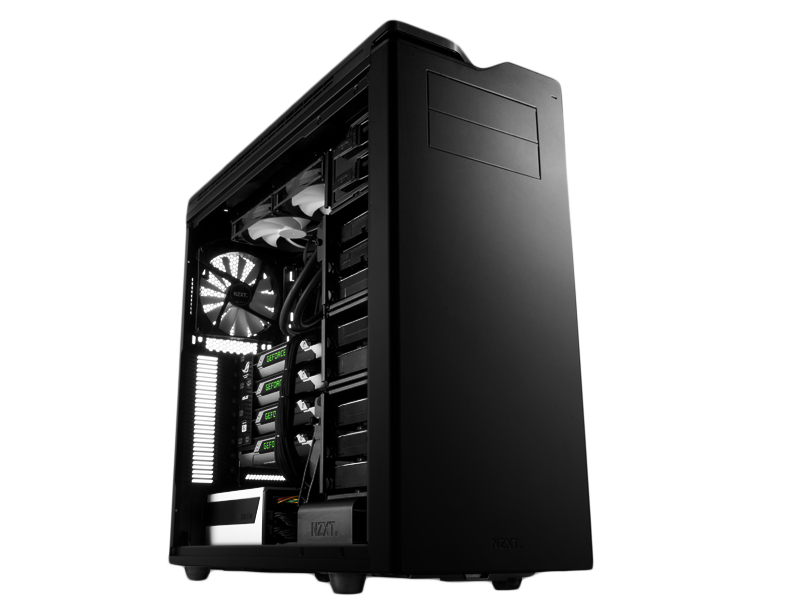 Other than that, everything is very similar to what's found in the Phantom 630 chassis (since it's the same frame), so the biggest changes are in panel design and the radiator support. You still get nearly 30mm of cable management space, still have routing cut-outs, the large CPU cut-out, and most the other design features.

NZXT's H630 is available in black or white, offers a somewhat discrete aesthetic, and is marketed at $150. We'll be testing and benchmarking the case shortly.