The past few weeks have seen the unveiling of nVidia's GeForce GTX 700 series, leaked specs, official AMD Radeon HD 9970 specs, benchmarks of Intel's Haswell HD 5000/HD5200 IGPs, and new advancements in UEFI BIOS. To say the least, it's been an exciting few weeks in hardware news. PAX East felt decidedly slow this year for hardware when compared against last year's launch of IB and the NUC, but now the hardware companies have had time to catch up with themselves.

Here's our new episode of TechRAID, which is effectively a video/podcast round-up of all the latest hardware news:

The full transcript of the video can be found below, in the event you'd rather read than listen. If you only want to hear a specific topic, here are the timings for each item:

Individual sources for each topic can be found here:

In addition to the above image, here are the relevant GTX 770 photos that leaked: 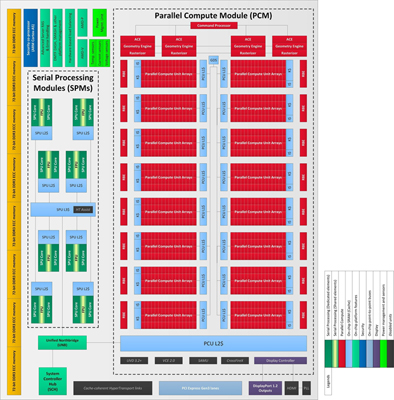 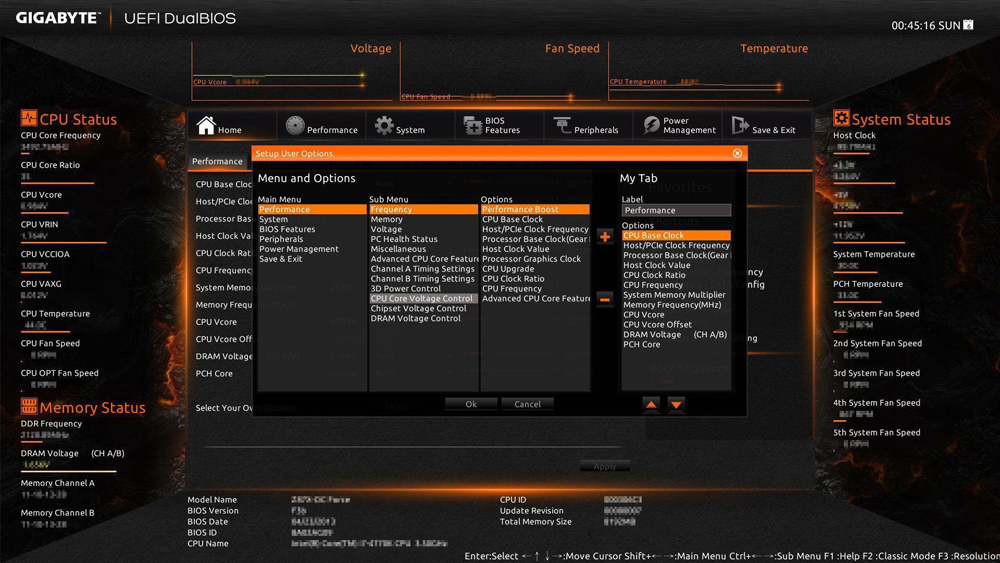 That's it for this round-up. Let us know what you're most looking forward to or if you have any specific questions! I'll do my best to secure answers from the appropriate companies.

Hey everyone, this is Steve from GamersNexus.net and we are back for an episode of TechRAID, where I'll recap all the major gaming hardware news that's come out lately. This week's a pretty big deal: We had photos of nVidia's GTX 770 leak, AMD confirmed a roadmap to their next iteration of GPUs, Haswell is rapidly approaching, and Gigabyte's got a new, high-res, customizable UEFI BIOS for their Haswell boards.

Let's start with the graphics news.

In recent leaks to ChipHell, photos of nVidia's reference GTX 770 have surfaced along with speculation on prices and some specification information. Fudzilla also cites sources on card specifications, but has some conflicting information with ChipHell. I'll just lay it out straight for you, since there's really no way to know who's more accurate between the two leaks.

First off, both sites and both sources confirm that the 700 series of GeForce GPUs will effectively be rebranded 600 series chips, just stepped up by a tier. The GTX 770 will more or less represent a GTX 680 of the previous line, the GTX 760 Ti will effectively be a GTX 670, and so on. We'll see the same GK104 GPUs on the 770 and 760 Ti as we saw on their respective predecessors, though the GTX 780 is significantly more interesting. The 780 looks more like a what we'd call a "Titan Lite" card.

From what ChipHell's sources have stated, it looks like the GTX 780 will utilize the same GK110 GPU that's found in the Titan; it'll have 2496 CUDA cores to Titan's 2688, so in terms of raw compute power, they're really not all that far apart for our gaming and enthusiast purposes. It's probably less optimized for professional applications, of course. The 780 will ship in both 3GB and 5GB SKUs with 320-bit and 384-bit memory interfaces, respectively, all according to ChipHell.

As for what I can tell you, well, this isn't a new generation of GeForce chips. It's not the Maxwell gen we've been waiting for, but it's effectively a rebrand and slight upgrade of the existing options. The new units will have revised heatsinks that are similar to the Titan cooler, so that's certainly reason to be excited, and I'd imagine we might have better overclocking potential with a shift of Boost 2.0 down from Titan to the consumer-class 700 series. If nothing else Boost 2.0 will be a big boon to the adoption of 700s by enthusiast overclockers. When we attended PAX East, our nVidia source somewhat ambiguously noted that Boost 2.0 would be shifting down the chain to new chips; as for whether our source classifies "new chips" as the 700 drop or Maxwell, I'm not certain.

We'll still be running on Kepler architecture, and while I'm certain the GTX 700 series will have fairly noteworthy gains over their GTX 600 equivalently-branded cards, anyone who's already on Kepler or even Fermi may want to wait it out another generation.

Moving to AMD's GPU updates, we get a somewhat less exciting but equally-noteworthy roadmap update. AMD's Sea Islands GPUs were originally due out in Quarter 2 this year, but due to a series of delays and technological hurdles, we may not see them until Q3 or Q4, if at all.

There's technically already been an 8000 series release in the form of OEM chips for laptops and other devices, but no official 8000Sea Islandscards have yet been put out. The new Richland APU, which is due fairly soon and will champion Trinity, will technically be running 8000 series-branded chips, but they're mostly just rehashes of the 6000 series found in Trinity.

In short, there's been no major news on the 8000 front, and due to delays and branding reasons, I almost wonder if we'll even see one. If we do see an 8000 drop in consumer GPUs, it won't be until much later this year.

What we do know, however, is that AMD has now confirmed some of the specs of their HD 9970 chip in theVolcanicIslandsseries of GPUs -- originally due out afterSea Islands. The 9970 has been stated to operate on 20nm Gate-Last manufacturing process and aims to take the place of Tahiti; the 9970's 20nm chip boasts 4096 stream processors, 256 TMUs, 64 ROPs, and a massive 512-bit memory interface. With that large an interface, I wouldn't be surprised to see an unprecedented memory capacity to take advantage of the increased memory bandwidth; given AMD's 8GB unified memory presence on the PS4, I don't think it's too ridiculous to suspect they may take a similarly high-capacity approach to discrete GPUs.

Transitioning from GPUs into CPUs feels a lot more natural in the modern era of IGPs and APUs than previously. Intel's Haswell chips have had a series of final confirmations lately, including ship dates, specs, pricing, and IGP info. It's too complex to delve into in great depth here, but we can go over some of the basics.

As for the graphics component, Intel has released internal benchmarks -- so these haven't been checked by third parties, mind you -- of Haswell's Iris integrated graphics. The results were compiled only with Intel's 3rd Gen Ivy Bridge HD 4000 IGP vs. its 4th Gen Iris IGP on 3DMark 11, but they're still promising: From the charts we've seen, it looks like Intel's desktop-class i7-4770k outperforms the current-gen i7-3770k strictly in graphics output by nearly 300%. Despite the TDP increase to 84W in the 4770k, that's an insane amount of graphics power to pack into a socketed CPU.

Is it something I'd want to game on? Not really, if I'm honest; most enthusiast gamers will still want a discrete card. It'd close-minded to scoff at the incredible developments made by AMD, Intel, and nVidia in recent years to bring low-TDP, high-performance graphics chips to traditional CPUs.

Looking at the mobile units, which is where integrated graphics make a lot more sense, it looks like Intel's i7-4650U CPU outperforms the 3687U by approximately 1.5x; the i7-4558U is a full 2.25x the score of the 3rd Gen 3687U. The Mid-range 4650U Haswell chip uses only 15W, so to produce effectively the same performance as a GT 620M -- which consumes around 35W -- is very impressive. Keeping thermals and power consumption down in a laptop means more efficient cooling design and longer battery life, but yielding the same or better performance than previous generations.

As for when it's coming out, we know Haswell's targeted release date is June 3rd, in the middle of Computex inTaipei. This was confirmed directly by Intel's twitter feed, which stated the 4th Gen release date in nanoseconds.

Pricing will be pretty similar to what we saw at the launch of the 3rd Gen of CPUs. Don't expect prices to fluctuate very much in theIvyBridgemarket -- Intel's chips tend to stay around the same pricepoint for their entire shelf-life. Fire sales may result in decent prices, though.

Transitioning over to motherboards for the last part of our news for the month, we see Gigabyte really getting behind UEFI BIOS customization. I recently wrote a round-up article on the major Z87 motherboards coming out for Haswell, but at that time, we hadn't heard anything about BIOS.

Gigabyte has streamlined their new BIOS a bit by stripping out some of the tediously low-down status menus, instead repositioning them to be constantly located on the sides of the screen; this allows users to monitor CPU, memory, and system information constantly and without need to dive through submenus.

In the screenshot released by Gigabyte, we also see what looks to be a user-customizable tab configurator. From the image, users will be able to create their own tab, name it, assign its location in the menu hierarchy, and then assign items that will be displayed on that tab.

Probably most noteworthy is the fact that it's a high-res interface, likely 1080p or thereabouts, and the resolution is configurable from within BIOS. It also appears that the voltage regulation and clock speed settings can be manipulated with slider options, which is neat, if a bit unnecessary.

And that's all for this month's hardware round-up. If you spotted important news that was left out of this coverage, post it in a comment below for others to see!